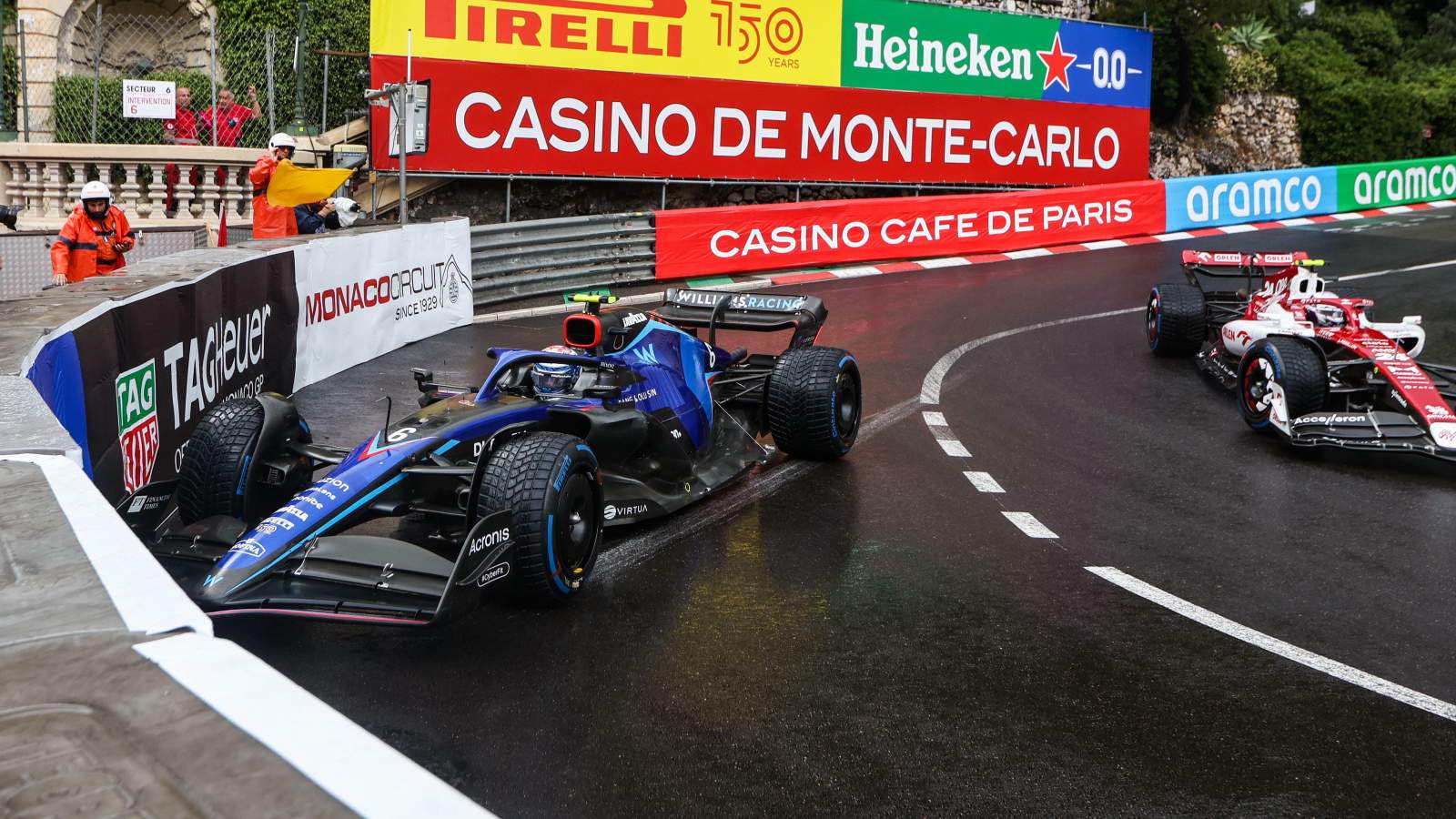 Nicholas Latifi said he knew he “did nothing wrong” after crashing behind the safety car during the Monaco Grand Prix.

The race starting behind the safety car after a long delay, the williams driver became the first to see how difficult the afternoon was going to be given the wet track conditions.

As the drivers followed the safety car for the first lap of the race, he slid into the barrier at the Loews hairpin.

However, the Canadian said it had less to do with the wet surface and more to do with a faulty throttle in his FW44.

“The throttle didn’t get stuck, but it felt like the throttle was stuck”, Latifi explained, as reported by GPFans.com. “I got behind the wheel all of a sudden once I started turning. It was very, very strange.

“Something went wrong there, I know I didn’t do anything wrong there.

“You’re pretty much stopped in that corner anyway, so obviously it was unfortunate because of the damage and just being out of sequence before the race started.”

Following the minor accident, Latifi was forced to return to the pits where a new front wing was fitted. He then found himself well behind the pack and finished the race in 15th place, the third slowest.

The 26-year-old said he felt like a ‘passenger’ in the car at the time and it was moving forward without him pressing the accelerator.

“I know it wasn’t the gas pedal itself,” Latifi said.

“But there was something giving drive to the engine, so whatever it was, I started to get some engine thrust.

“I wasn’t afraid that the pedal would start again because it wasn’t the pedal in the first place.

“But it was very strange and surprising at the same time and I was already going so slow there, I was just a passenger at the time – ‘the car is moving and I’m not on the gas so I don’t don’t let him know what’s going on here.”

It was not a good weekend for Williams as a whole with Alex Albon forced to retire with a mechanical problem on the 48th lap.

“It was a tough day and a bit poor performance from my side too,” Albon said.

“The conditions meant it was really difficult to brake in the right window, especially with all the variations that a drying track and red flags bring.

“The car felt good every time we had clean air and I felt competitive at some points, so there are some positives to take from today.

Elizabeth II. . . and tales of royalty