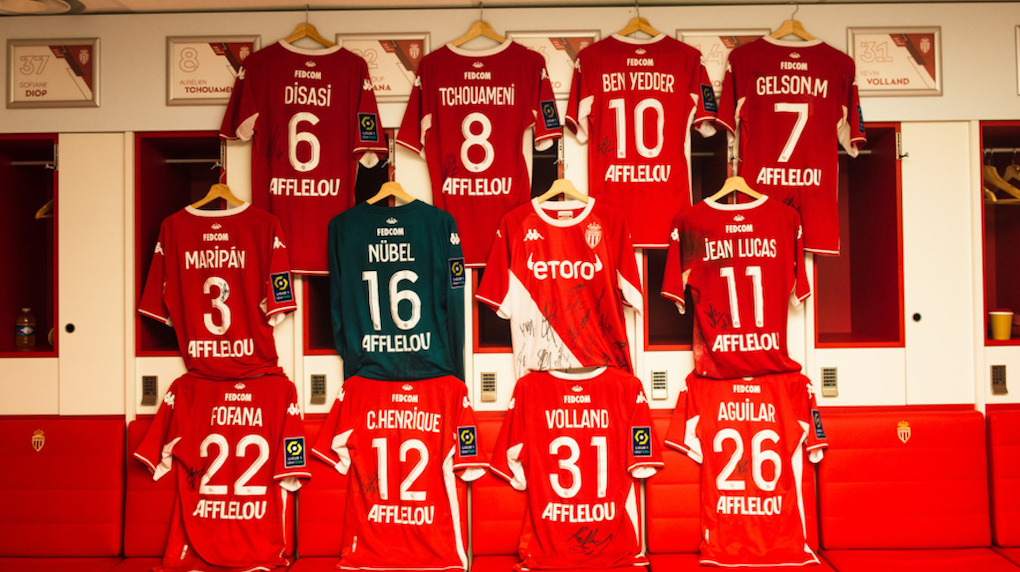 Nearly 5,000 euros have already been collected since the start of the auction on February 6.

But you can still participate! 😉 Until this Saturday, February 12, thirteen AS Monaco jerseys are put up for auction, for the benefit of the Flavian Foundation and the Monaco Scientific Center (CSM). This is an opportunity to actively support research into pediatric cancer, a disease that affects 2,500 children and adolescents per year in France.

“Dad, do it for others”. When eight-year-old Flavien lost his battle with brain cancer in 2014, his father, Denis Maccario, vowed to keep that promise. Since then, several initiatives have been carried out in the Principality, to raise funds to promote research, but also to help sick children and their families.

An auction of exceptional wines was also organized in 2018 and raised 41,500 euros. The sum made it possible to buy an electric staircase for a child suffering from bone cancer, who unfortunately has since died. The Foundation once again intervened to support the parents by paying the funeral expenses.

“We don’t just fund research: we support families,” explains Denis Maccario. “Of the 2,500 cases of childhood cancer each year, unfortunately, 500 do not survive. The business of death is a real business, and the cost of funerals is very high. The Foundation provides support not only during the illness, but also after, at the time of farewell…”

80% of the money raised by the sale of the jerseys will be donated to research. The remaining 20% ​​will be used to support families in need. To date, more than 5,000 euros have already been collected. Denis Maccario hopes the auction will take off in the last hours: “I don’t know how much will be raised, but any amount is better than nothing!” »

AS Monaco, committed to the fight against the disease

The initiative is the initiative of Jean-Edouard Dangréaux, director of institutional relations for AS Monaco, whom Denis Maccario wanted to thank, as well as the actors involved.

The Monegasque club also put the Flavien Foundation and the CSM in the spotlight by inviting researchers and families to attend the match against Lyon last Saturday. Two children from the Foundation, Enzo and Quentin plus his little sister, were even able to attend the warm-up and backstage match, as part of the “My Wish” experience. The children also met coach Philippe Clément and spoke with Wissam Ben Yedder.

During the match, Vice-President and General Manager Oleg Petrov and Ekaterina Sartori Rybolovleva, member of the Board of Directors, presented two red and white jerseys: one to the Flavian Foundation, the other to the CSM. A gesture that demonstrates the club’s support for these two organizations.

Professors Patrick Rampal and Denis Allemand, respectively president and director of the CSM, and Denis Maccario, accompanied by Enzo and Quentin, were invited to the field for the special presentation.

Families and volunteers from Côte d’Azur associations working with sick children will also be invited this Sunday, February 13, at 1 p.m., to the home game against FC Lorient at the Stade Louis-II. The match takes place two days before World Childhood Cancer Day, February 15.

These initiatives are supported by AS Monacœur’s solidarity program, through which the club has helped many causes, such as collecting toys for Friends of Lebanon, or previous jersey auctions, in support of clubs. amateur football or action against breast cancer, the Pink Ribbon.

Royal family: Fears for the Queen as two monarchs test positive for Covid