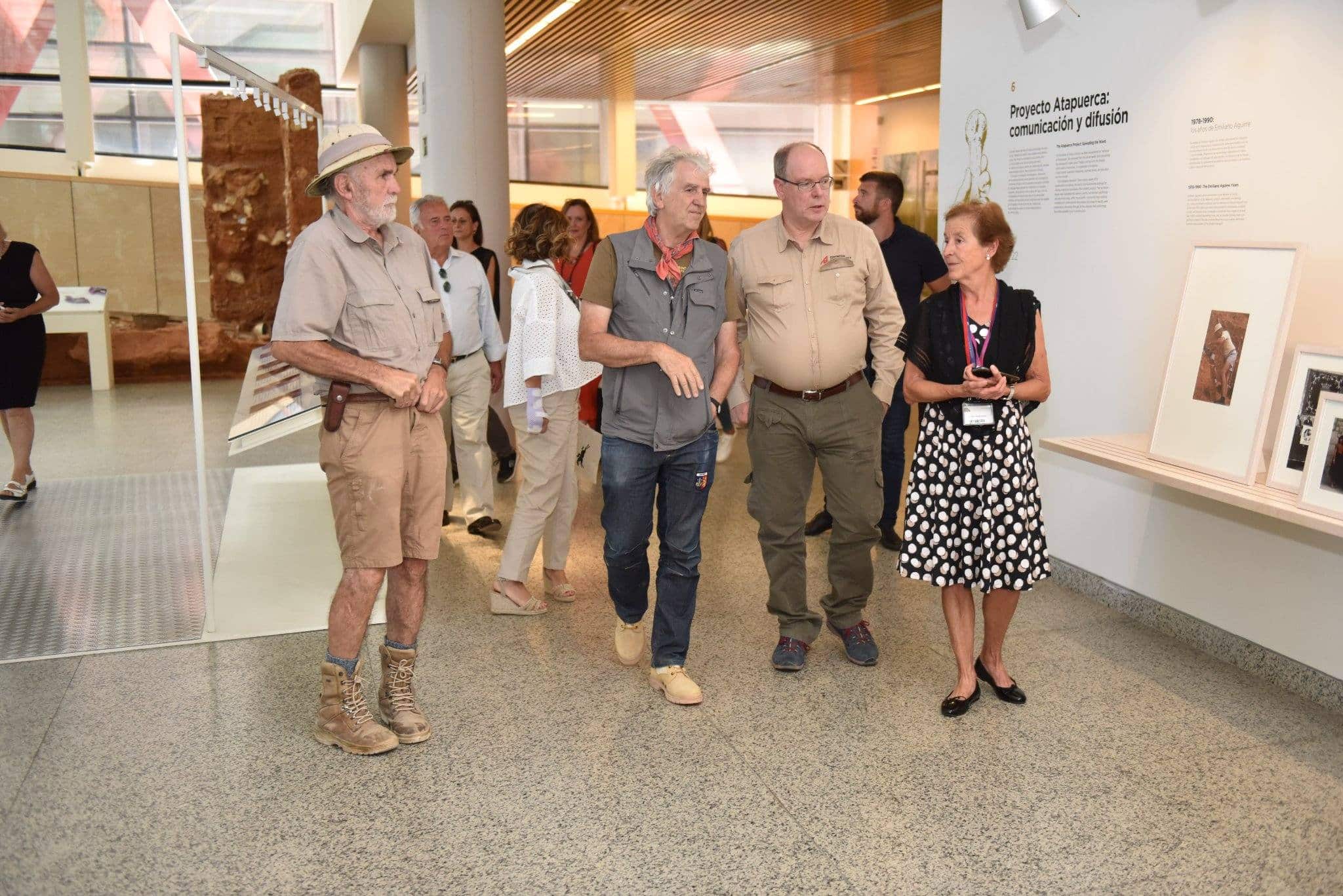 Prince Albert II has been traveling all summer. After his meeting with the Royal Family of Norway and Pope Francis at the Vatican, the Sovereign traveled to Spain on Tuesday 26 July. Specifically, he visited the caves of the Sierra Atapuerca, near Burgos.

Accompanied by the Monegasque Ambassador to Spain, Catherine Fautrier-Rousseau, Prince Albert II visited the prehistoric site of the Sierra Atapuerca where many hominid fossils are found. It is on this site, in fact, that the oldest male of the genus Homo was discovered and named Homo antecessor.

For the occasion, the Sovereign swapped his traditional suite for a more practical archaeologist outfit. During his visit, he was able to see the latest discovery made on the site. This summer, a hominid jawbone was unearthed, dating back four hundred thousand years.

A museum on the evolution of the human species

Prince Albert II took the opportunity to visit the Museum of Human Evolution in Burgos. According to the museum, the prince was surprised to learn that the fossils on public display are the originals.

In this museum, the Sovereign was able to see many human remains but above all, the reconstituted skeleton of Homo antecessor, a million years old.