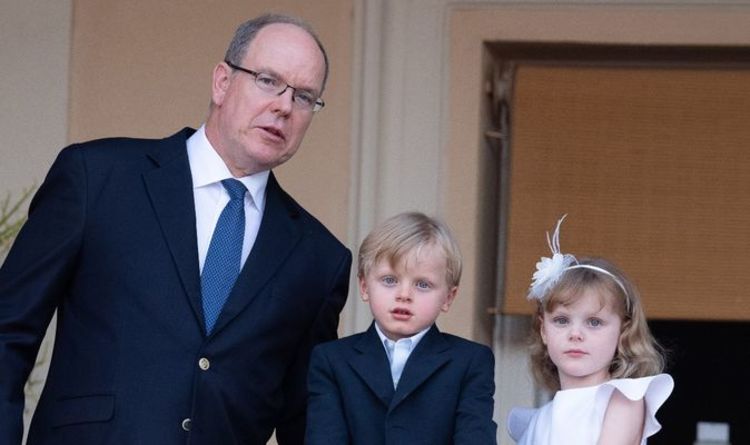 The head of the Monaco royal family will be among other members of the royal family and world leaders at the COP26 event in Glasgow from November 1. Members of the British Royal Family, including Prince Charles and his wife Camilla, the Duchess of Cornwall, will also be in attendance.

Speaking to PEOPLE magazine, Prince Albert revealed that his six-year-old twins Prince Jacques and Princess Gabriella will accompany him to Scotland.

The children will join the 63-year-old as he attends pledges at the United Nations Climate Change Conference.

The family’s trip to the UK precedes Princess Charlene’s return to Monaco, which is expected to take place later in November.

Princess Charlene of Monaco suffers from a long-term illness which has separated her from her family.

The 43-year-old princess, born in Zimbabwe, suffers from a severe ear, nose and throat infection in South Africa.

Her husband had admitted that her initial visit to the area was supposed to be “a stay of one week, 10 days maximum”, but illness prevented her from returning home.

Referring to the fact that their two children will accompany him to Scotland, Prince Albert told PEOPLE magazine: “They are on vacation [from school]. I didn’t want to leave them alone in Monaco.

“That way they’ll be with me before [Princess] Charlene is coming back. “

The royal added that twins Jacques and Gabriella, who turn seven on December 10, will have “their own agenda” during their father’s four-day trip to the conference.

“If it’s a trip, it has an official side, but also [they’ll need] a private side and things to discover that they may find fun and entertaining. “

The sovereign commented on his children after discussing the imminent return of his wife Princess Charlene to Monaco.

The princess has been stranded in South Africa since May and is recovering after undergoing “final” surgery earlier this month.

In a statement to PEOPLE, Albert revealed that he hopes to be able to travel with Charlene to Dubai as part of a planned royal visit to the Dubai World Expo on November 13.

The royal added that there was a possibility that this would not happen, continuing: “We will make this decision at the last minute.”

Previously, he had said he expected Charlene to return to Monaco in time for the country’s national holiday, which will take place on November 19.

Earlier this month, she posted a black and white photo showing her alongside Misuzulu kaZwelithini, the head of the Zulu royal family on her Instagram page.

The image has raised concern among some royal Monegasque fans, with many saying ‘she’s really not doing well’ while others have claimed the royal looks sad.

In the photo, she is seen staring directly into the camera, as she is wrapped in a sweater with her hands clasped in front of her.

The image was accompanied by a caption that read: “Thank you for your kindness and support.”