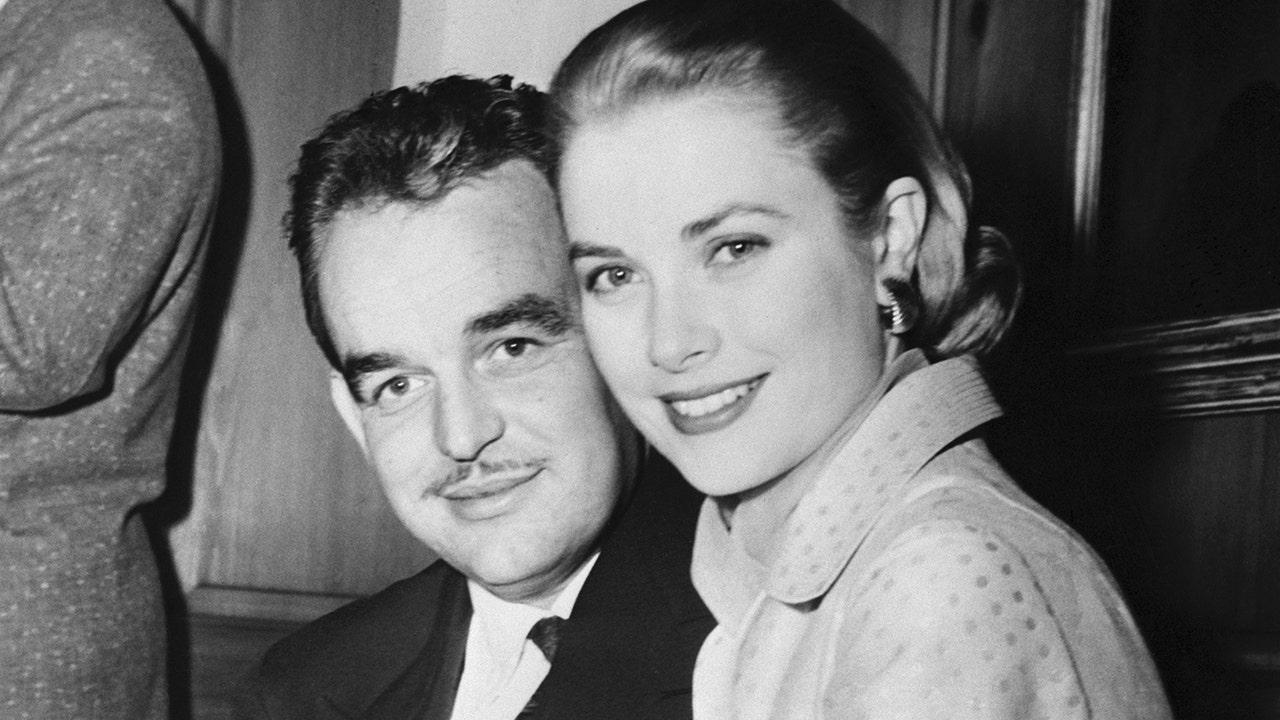 Prince Albert of Monaco sheds new light on the meeting of his parents.

The story of an American movie star who met – and married – the Prince of Monaco is well known in Hollywood. The meeting was partly orchestrated by “Gone with the Wind” actress Olivia de Havilland, whose husband, Pierre Galante, was the editor-in-chief of Paris-Match.

On May 4, 1955, the couple went by train to Cannes. When Galante learned that Kelly was a fellow passenger, he was “struck” by the idea of ​​the actress meeting Rainier. When the train arrived in Cannes, de Havilland ran up to Kelly and proposed the meeting.

At first, there was a scheduling conflict. After a series of phone calls, Galante phoned Kelly and told her that Rainier had invited her to his palace at 4 p.m. the next day. However, she had to attend a cocktail party for her film at 5:30 p.m. and refused. Rainier then moved their meeting to 3 p.m.

Grace Kelly in a strapless dress with a bouquet of flowers tucked into her bodice, Hollywood, California, March 1954.
(Sharland/Getty Images)

Then the meeting got off to a bad start.

Kelly washed her hair before discovering that a labor strike had knocked out all the electricity in the town. With two cars waiting outside, Kelly went for a slick look and covered it in flowers. She wore the only unwrinkled outfit at hand and hurried up several flights of stairs.

Albert said that once his mother arrived, she was occupied for 55 minutes by the palace’s maître d’hôte, Michel Demaurizi.

“It was nearly 4 p.m. when my father finally appeared in the royal antechamber,” the 64-year-old told Paris-Match on Monday. “A few shots were taken. The famous photograph of the handshake, posed.”

According to Albert, Rainier invited Kelly to see his 225-room palace. However, the actress noted that she had already done the full tour while waiting for him.

“As the whole tour was already done, there was nothing left for the prince to show – except the gardens,” Albert explained.

The prince said his parents visited Rainier’s gardens and private zoo away from photographers and reporters. They shared an intimate conversation and “the atmosphere changed”.

“The couple relaxed,” he said. “… My father, at ease, let his charm work and a dialogue began.

Prince Rainier III of Monaco and Grace Kelly on their wedding day, around 1956.
(AFP via Getty Images)

Later, Kelly rushed to her event. She described the prince as “charming” to de Havilland. The couple soon struck up a private correspondence and attempted to keep their budding romance top secret until Rainier sailed for America. He proposed seven months later at Christmas.

The dress Kelly wore to her first meeting with Rainier, a McCall’s Pattern floral day, is “carefully preserved” as part of the palace collection, Albert confirmed.

The Philadelphia-born Hollywood actress became Princess Grace of Monaco after marrying Rainier in 1956. They remained together until the Oscar-winning actress died in 1982 at the age of 52 from injuries she suffered. suffered in a car accident. The couple shared three children with Albert being the eldest.

Prince Albert with his mother Grace Kelly, circa 1982.
(Serge ASSIER/Gamma-Rapho via Getty Images)

In 2019, Albert told Fox News Digital that he was still determined to protect his mother.

“The [are] so many different memories and different times, of course, where we all laughed, family,” he shared at the time. “I used to travel a lot with her because we had the we used to separate ourselves from travel. We didn’t travel, the whole family, together.”

“And so, I was usually the one [who] traveled with her, he continued. She called me her traveling companion. I felt responsible, even though I was very young. She took care of me, but I felt like I had to take care of her sometimes too. So we laughed about it.”

Even after Hitchcock’s former muse became a member of the royal family, she continued to raise awareness of the importance of the arts, while quietly supporting many American performing and film artists. Among Kelly’s many projects associated with the arts were the restoration of a theater in Monte Carlo, as well as stage tours in Europe and the United States, during which she read poetry.

GRACE KELLY’S DAUGHTER CAROLINE ON PRESERVING HER MOTHER’S LEGACY: ‘YOU MUST KEEP FIGHTING’

Albert said the Princess Grace Foundation-USA is one of the many ways he keeps the legacy of the beloved matriarch alive.

“It’s very simple, she had this desire to help young artists, young emerging artists, in the performing arts,” he explained. “That’s exactly what we [do]. She did not have time to create the foundation during her lifetime. She was busy with other charities and other foundations. There is also a Princess Grace-Monaco Foundation, which helps the dance school and other artists, mainly in painting and sculpture.”

As Kelly ditched her Hollywood career to embrace her new role as a princess, Albert revealed she never forgot her American roots. In fact, she was always eager to help budding artists find their footing.

“It’s amazing how she touched the lives of so many people,” Albert said. “Not only from her generation, but also from younger generations now… many of them still know her through her films or through photographs or through different actions that she may have done over the years with different associations charities.”

Albert hopes his mother will be remembered not just for her beauty or famous movies, but for her willingness to help others achieve a dream. Albert said he was still protective of Kelly.

“It’s her generosity of heart and spirit that we’re trying to carry on, and we’re trying to get her to transpire from what we’re doing with the foundation,” he said. “I hope… she will still be recognized for many years to come as the wonderful, generous and loving person that she was.”