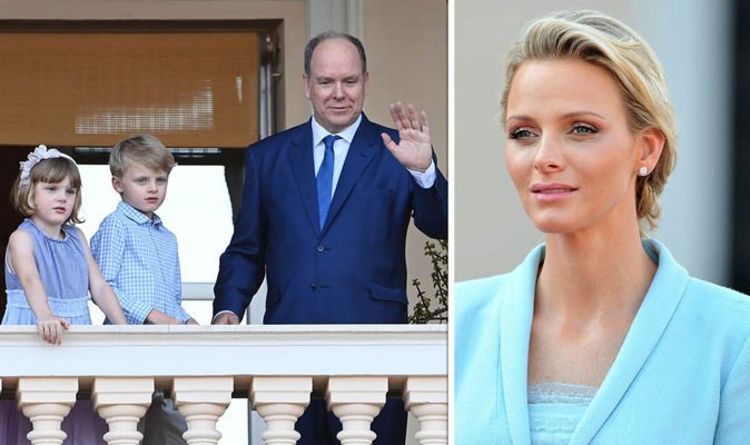 Prince Albert took his twin children to Europa Park, an amusement park in the German city of Rust. This visit took place during the weekend following the invitation of the owner of Europa Park, Roland Mack, a personal acquaintance of the royal Monegasque since he has been a member of the jury of the Cirque de Monte-Carlo for years.

In the park, which has 15 different areas, each themed around a European country, the six-year-old twins watched parades and visited Halloween-themed attractions.

In addition, the royal trio visited the Swiss region, where Albert recalled his days as a Winter Olympian as he hurtled down the bobsleigh slide.

Last month Albert announced he would take his two children with him to Scotland as he attended COP26.

Speaking to People magazine, the prince said of their children’s stay in Glasgow: “They are on vacation [from school].

â€œI didn’t want to leave them alone in Monaco.

“That way, they’ll be with me before Charlene comes back.”

The twins, who turn seven on December 10, will have “their own agenda” in Glasgow, Albert added, as he takes part in discussions on the planet’s most pressing environmental issues.

Albert also revealed that his children already understand environmental issues and why it is important to protect the planet.

He said: “We discuss environmental issues in general and I point them out to them as we go.”

Meanwhile, his wife Charlene is reportedly preparing for his return to Monaco after a long stay in South Africa.

The 43-year-old traveled there in May, where she was scheduled to stay less than a fortnight to raise awareness about illegal poaching and work on her foundation’s conservation initiative.

However, she found herself stranded in the countryside after developing a severe ENT infection following a sinus lift and bone grafting in preparation for dental implants.

Her long absence from Monaco meant Charlene missed important milestones for her family, including her 10th wedding anniversary in July and the twins’ first day of school in September.

Expressing her sorrow at not being able to mark her wedding anniversary with Albert, Charlene said in June: “This year will be the first time that I will not be with my husband for our anniversary in July, which is difficult and m ‘saddens.

â€œHowever, Albert and I had no choice but to follow the instructions of the medical team, even though it was extremely difficult.

“He’s been the most incredible support for me.”

Charlene revealed that she has kept in touch with her family through regular video calls.

Additionally, Albert, Jaques and Gabriella also traveled to South Africa twice during the summer to spend time with the family.

Over the past few months, Charlene has started healing procedures, including one in mid-August and another on October 8.

And, according to Prince Albert, these operations were so successful that the royal will be able to return to Monaco in a few days.

He said last month: “She is in good shape and in much better spirits.