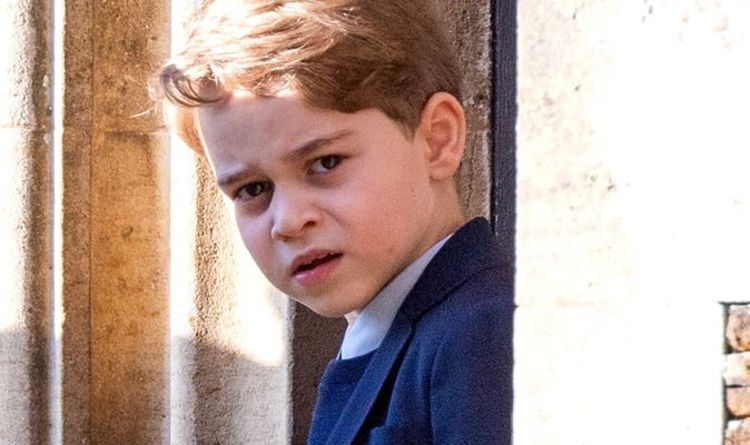 The royal expert claimed Prince George was “full of mischief” and loved the pranks he played on his younger siblings. Mr Larcombe said the young Prince George, who will soon be eight, is full of fun. However, he said his parents Prince William and Kate, Duchess of Cambridge, want their son to stay down to earth and have promised to give their children a normal education.

Talk to OKAY! Author Duncan Larcombe said the Duke and Duchess of Cambridge wanted to make sure their seven-year-old boy didn’t grow up in a “goldfish bowl”.

“He’s a rascal, almost eight years old and full of mischief and still playing tricks and pranks on his younger sister and brother.

The book also describes how Prince William would gradually announce to his son, Prince George, that he would be the future British King.

The Duke of Cambridge would follow this strategy because he wishes to give his son George “the precious gift of normalcy”.

Prince William is believed to have had the conversation with Prince George “around the boy’s seventh birthday” in the summer of 2020.

Royal author Mr Lacey wrote: “William did not reveal to the world how and when he broke the big news to his son.

“Maybe one day George will tell us the story himself.

But around the boy’s seventh birthday in the summer of 2020, it is believed his parents went into more detail about what the life of the Little Prince’s future royal ‘service and duty’ would particularly involve.

“William’s goal as a father,” the prince stressed, “was to give his son” a normal family education. “

“He wants to allow the monarchy to ‘stay relevant and keep up with modern times’.”