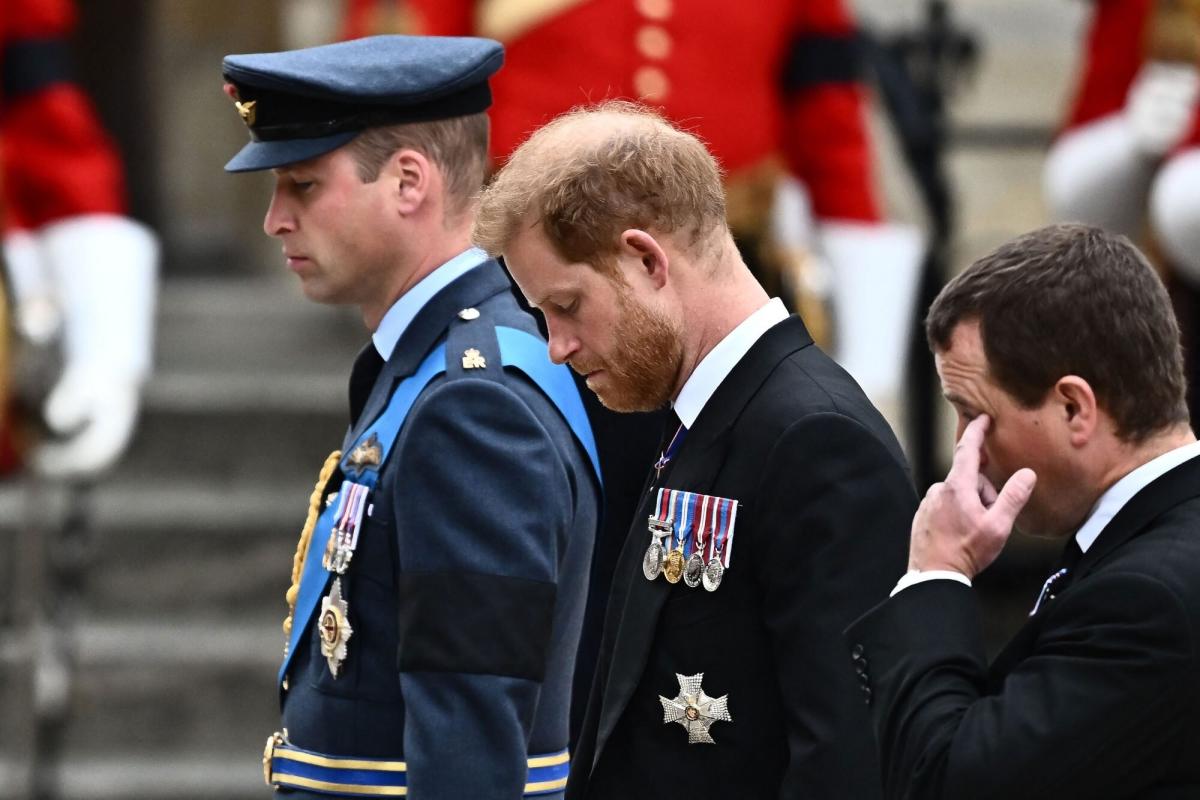 The uniforms worn by members of the royal family for Queen Elizabeth’s funeral have been a topic of conversation – and for one author a “disappointment” in the celebration of the monarch’s life.

Although Prince Harry wore a suit instead of his military attire for the events surrounding his grandmother’s funeral, an exception was made for him to wear the uniform at Saturday’s wake with the eight little ones – children of the queen. However, the uniform did not have an “EIIR” symbol – representing Elizabeth Regina, which means queen in Latin, as well as the symbols in the middle indicating that she is the second Queen Elizabeth.

“I thought there was no need to strip Harry of his IRIS – it doesn’t look good regardless of good and bad protocols,” the royal biographer told PEOPLE. “That was the only disappointment.”

“I’m sure they wouldn’t all want the headlines to be about Harry and Meghan,” Junor adds. “They were united in thinking that was not what it was about today.”

Prince Harry – who has completed two tours of Afghanistan during his 10-year career in the British Army – wore a suit for Monday’s state funeral and burial service as he joined the father on King Charles and his brother Prince William in the three processions behind the Queen’s coffin.

“It was beautifully done and makes you proud to be British,” she says. “It was done with such precision. Not a foot off and quite appropriate for this monarch who has been so extraordinary.”

“It was a perfect blend of state and family,” adds Junor. “At the heart of it all was a grieving family with all the generations there.”

As the late monarch’s ceremonies unite the family, Junor explains how it “broke [her] heart” to watch brothers Prince Harry and Prince William interact at the funeral.

“Once upon a time, they loved each other a lot. They laughed and joked together and were very tactile together. Suddenly that all changed,” she says. “It will be incredibly difficult for [King Charles] as a father, just as it was very painful for the queen as a grandmother.”

This grief was clear to Junor as he watched King Charles.

“He spent his whole life preparing for this moment and I’m sure he wasn’t looking forward to it because this moment would also mean the death of his mother,” she says. “And you saw that on his face – terrible grief and the weight of the world.”

She continues, “It’s not as simple as putting yourself in your mother’s shoes and living happily ever after.”