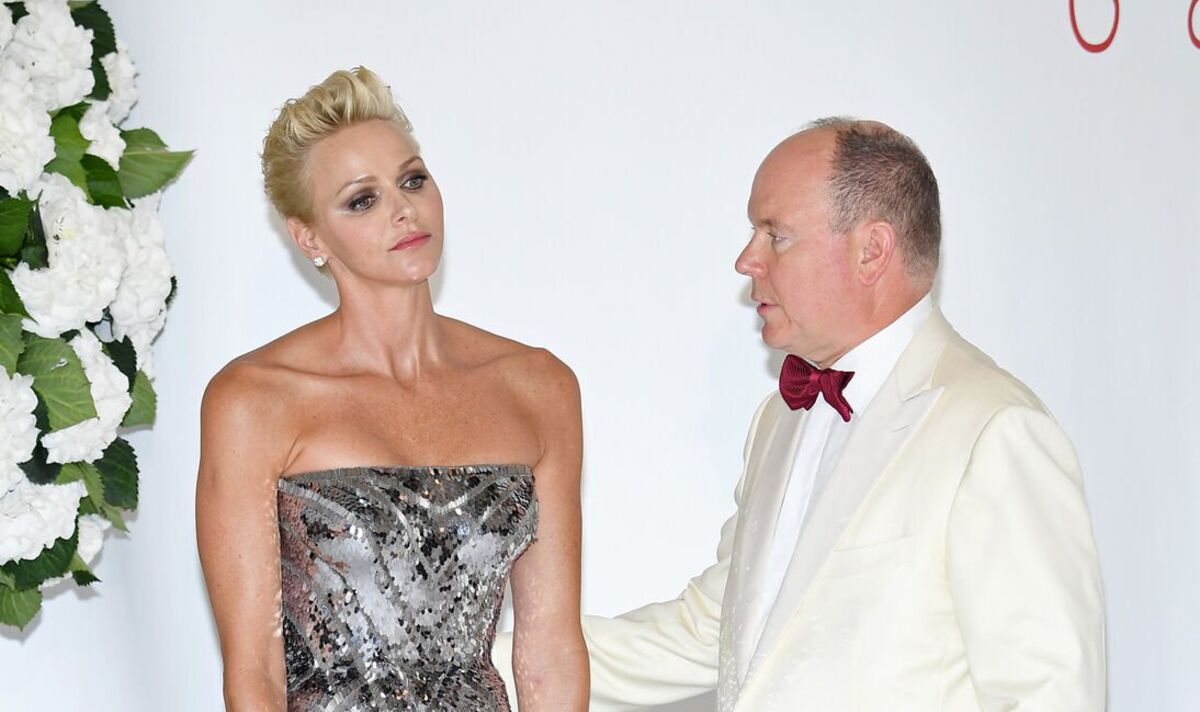 Princess Charlene and Prince Albert of Monaco announced their engagement in 2010 and in July the following year they were married. With a 20-year age gap, the couple’s relationship was reportedly not smooth, in fact, rumors and supposed scandals have followed them for decades. Express.co.uk spoke to body language expert Judi James about the couple’s interactions and whether there have been any changes over the years.

Watching Princess Charlene and Prince Albert in 2011, Judi said: “Charlene looked happy but slightly shy, as if she needed encouragement and support from her husband during their royal engagements.

“The couple use eye contact here to signal warmth and communication and Albert places a hand on her back and offers her an encouraging smile as he watches her.”

A year later, the expert suggests “an appearance of tension in both Charlene’s facial expression and body posture” when the royal attended the Amber Lounge gala.

“Her hand is tied to Albert’s arm but she will also often pull her bag up in a little barrier ritual. Her smiles are starting to look rather rigid here and Charlene’s tilted head suggests that shyness might still be an issue.

In 2015, “the couple looked devoted” as they introduced their children to the world for the very first time from the palace balcony.

Judi noted that the couple “held a baby each and used eye contact and smiles at each other.”

« At the Monaco Red Cross Ball [that year] we suddenly see a very romantic and adoring Charlene, using additional loving rituals to make a dance with her husband feel like a magical moment.

“She places a head on his shoulder or looks at Albert like she’s in the honeymoon stage of their relationship and the pair laugh together, showing their fun side.”

READ MORE: Kate has ‘changed’ since becoming Princess of Wales

A few years later, in 2017, Judi said she spotted “signs of possible high levels of tension” when the couple attended Meeting Herculis Monaco.

“His [Prince Albert] the arm around her seems to be aimed at pulling her into the pose and he grimaces as she performs a very stiff smile and an outstretched handshake,” the expert explained. “She seems to be more reluctant to pose with him again and he seems to be watching her with anxious eyes.”

Then, in 2019, “the distance between [the couple]was noted and Charlene “looked slightly isolated,” Judi suggested when discussing when the pair stepped out for the 59th Monte-Carlo Television Festival.

“Albert looks at her as if eager to offer her support and encouragement, using one arm to encourage her forward.

Despite “a certain apparent tension in his [Prince Albert] face” Judi recalled how Charlene looked “rather more confident”.

As for the couple’s body language, “Charlene is back from her long stay abroad and is gradually reintegrating into royal appearances.”

“Standing behind his daughter [at the Monaco Grand Prix] makes her seem slightly isolated but clearly a devoted mother whose double arm suggests she can barely let her children go.

“Albert looks dedicated too, leaning back to speak to his wife in another gesture of what feels like gentle encouragement,” Judi said.