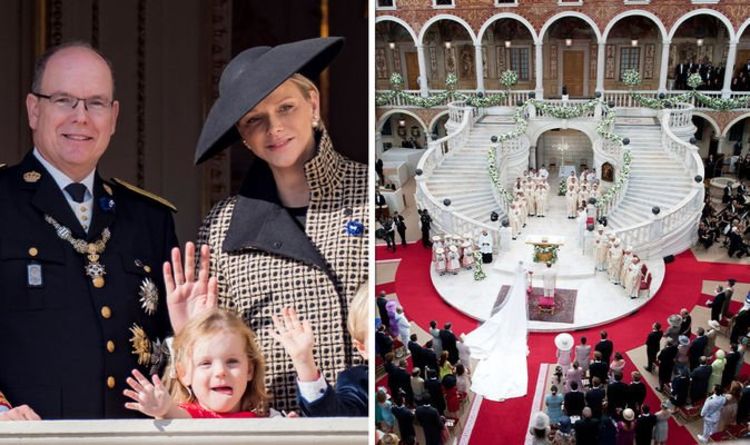 Princess Charlene: inside the royal residence she shares with Prince Albert and the twins

Princess Charlene has spent a long time in South Africa this year after receiving treatment for an infection, but is now reunited with her family in Monaco.

During Charlene’s absence, the rest of the family remained in their official residence, the Prince’s Palace of Monaco.

Located in the center of Monaco, the Royal Palace was built in 1215 and today it is one of the main attractions of the city.

The Palace of Monaco was originally the western border fortress of the Republic of Genoa, and it became the residence of the Grimaldi family when they established their sovereignty over the country in the 15th century.

But what does it look like on the inside?

READ MORE: Is London making fireworks for New Years Eve? Where else can you celebrate

Official events as well as the most important ceremonies took place in the palace courtyard, including the engagement photoshoot of Princess Charlene and Prince Albert.

The couple’s wedding also took place at the palace, and the stunning photos provided a glimpse of the luxurious interior of the residence.

The palace courtyard has a double marble staircase decorated with green and white flowers and red carpets.

A balcony, used for standing and posing at formal events, is one of the most photographed parts of the royal residence.

The property is an Italian Renaissance-style palace with decorated walls and earthy tones.

In 2015, Prince Albert carried out a major restoration of the exterior and interior.

He also renewed the presentation of the public tour circuit.

Royal fans can indeed visit Princess Charlene‘s home during their visit to Monaco for just â‚¬ 8.

The State Apartments, as well as the museum and the collection of cars of the Prince of Monaco, are open to the public.

However, these will be officially open from spring 2022.

Princess Charlene, who is now back in Monaco, often shares snaps of the family in the royal residence on social media.

Speaking to South African channel Channel24, Charlene’s sister-in-law Chantell Wittstock explained that the princess was very happy to be returning to her Monegasque home.

“The princess is extremely happy to be back home with her family. She will be staying with her husband and children,” she said.

At the Palace, Princess Charlene spent some of her happiest times, including her wedding in 2011, the introduction of their twins and her daily family life.