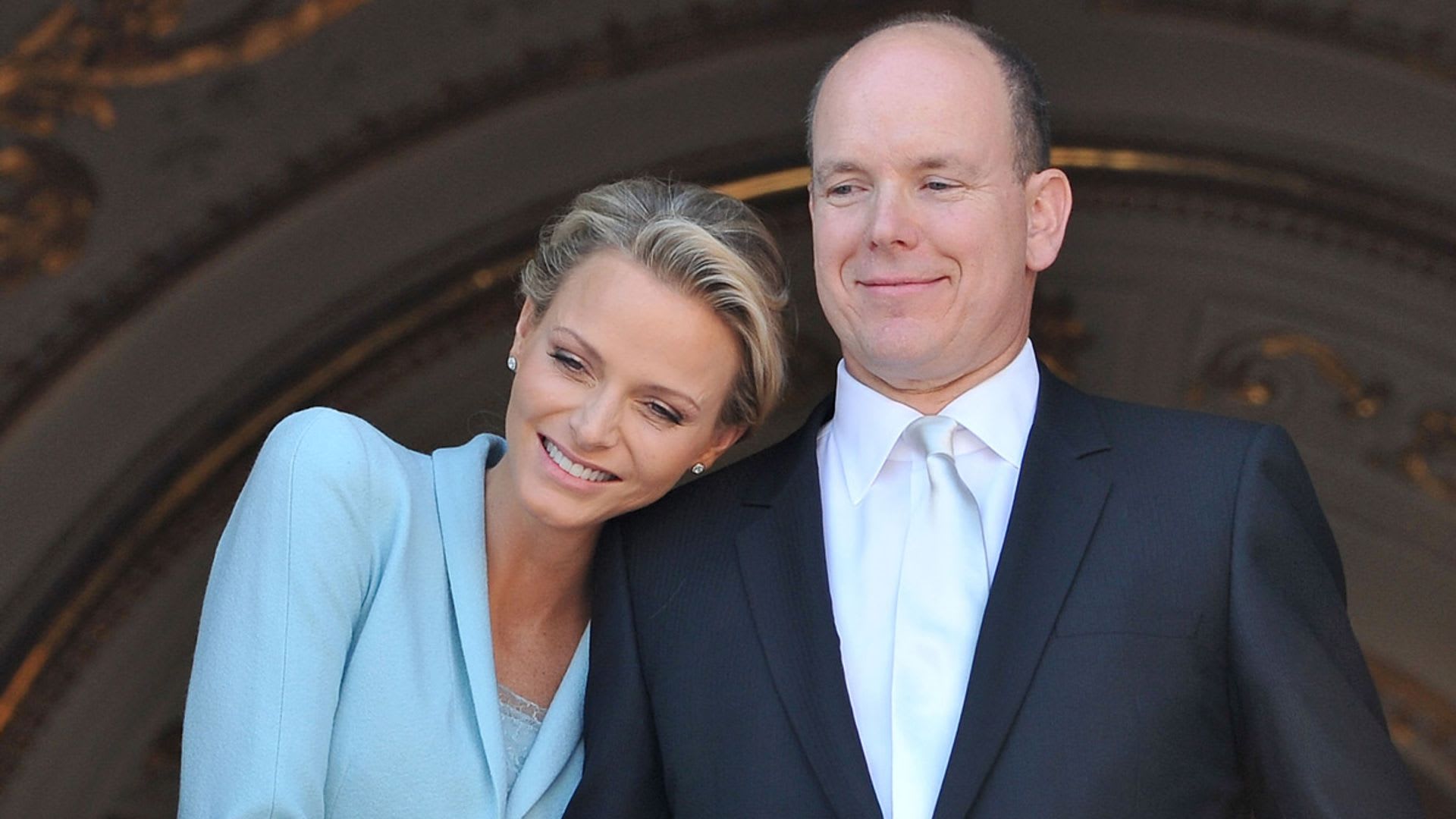 Princess Charlene took to Instagram with a rare personal message.

The Monaco royal stunned fans on Sunday as she made an appearance at Paris Fashion Week.

The 44-year-old was among the VIPs in the front row of the Akris show and looked amazing in an all-black ensemble, complete with a daring military-style jacket.

She styled her blonde pixie cut to perfection and accessorized with a simple pair of diamond studs.

Princess Charlene stepped out for the Akris fashion show

Shortly after, Charlene shared a snapshot on social media showing her exiting the show.

READ: Princess Charlene is all smiles in ethereal draped dress despite family drama

The image was taken from behind Charlene and sees her talking to Akris creative director Albert Kriemler before getting into his car.

“Thank you Albert for this wonderful evening and congratulations on 100 years of perfection”, she kindly wrote in the caption.

Fans loved the post, with many in the comments section reacting to the Princess’ appearance in Paris.

“You make those clothes shine!” one wrote, while a second noted: “You have become an amazing princess and a role model for all the young girls here in South Africa.” A third said, “Beautiful, elegant and graceful!”

Charlene and Albert with their two children

Charlene is making a welcome return to the spotlight after spending much of 2021 in South Africa due to illness. It meant she also had to be separated from her family, husband Prince Albert and twins Princess Gabriella and Prince Jacques, for months at a time.

She returned to Monaco on November 8, 2021 – but a few weeks later the palace announced that Charlene would be resting and that she had canceled all her activities, including those on Monegasque national holidays, due to health issues, including of “deep fatigue”. .

The couple have been married since July 2011

After a four-month stay in a Swiss clinic, the palace said in March 2022 that Charlene was back in Monaco with her family and should return to her duties gradually as her health improved.

Although Charlene hasn’t publicly shared many details about her illness and surgeries, she did open up about missing her family. “It has been a difficult time for me. I miss my husband and children very much,” she previously told South African News Channel24.

Make sure you never miss a ROYAL story! Sign up for The Royal Explainer newsletter to get your weekly dose of royal features and other exclusive content straight to your inbox.

Aurélien Tchouameni has no interest in being the “new” Paul Pogba