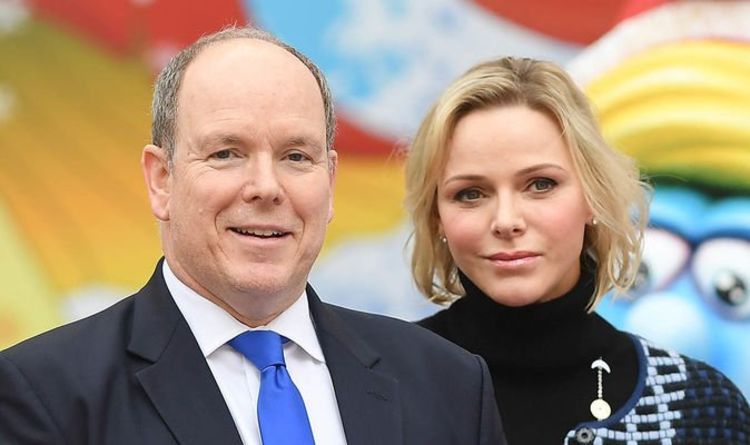 Prince Albert II, 63, has given hope that his family will be reunited in Monaco sooner than expected. The Monegasque sovereign confided in the recovery of an ENT infection of Princess Charlene, 43, and the surgeries she underwent.

The return date, he noted, will depend a lot “on what his doctor says.”

However, Princess Charlene‘s health has improved after her last surgery in August, which suggests with caution that the royal may be able to board a plane within weeks.

Prince Albert said: “I know she may have said ‘end of October’, but that was before this latest round of nominations.

“I’m pretty sure we can shorten that time a bit.”

South Africa-born Princess Charlene said in late July, ahead of her last surgery, that she predicted it would take months of healing before she could get on a plane.

Speaking to South Africa Radio 702 host Mandy Wiener, the princess said she was in “a waiting game” involving her health and returning to Monaco.

She said: “I cannot force the healing, so I will be locked up in South Africa until the end of October.”

Prince Albert said Charlene was in a good mood and joked with him about returning to Monaco at any cost.

He said in his recent interview: “She is ready. She jokingly said that she was ready to travel illegally on a ship back to Europe.”

Prince Albert, who traveled to South Africa last month with his twin children Jaques and six-year-old Gabriella to visit Charlene, also said the princess was “delighted to see us and spend time. with the children “.

Princess Charlene couldn’t hide her happiness on August 25 when she again shared photos of her family.

The royal posted several snaps to her Instagram account in which she was seen cuddling her children while Prince Albert smiled behind them.

Other portraits showed her twins perched on a branch they were climbing – and gave royal fans a good look at Gabriella’s creative haircut she had given herself.

The portraits were accompanied by a caption of Princess Charlene, reading: “I am so delighted to be reunited with my family”.

“(Gabriella decided to have her hair cut !!!)

The next day, Princess Charlene shared two more photos, this time showing herself embraced and leaning on the Monegasque sovereign.

This was Albert’s second trip to South Africa with the children since Charlene’s ordeal began with her ENT infection.

Charlene, who married Prince Albert on July 1, 2011, traveled to her homeland in May to do conservation work, with a particular focus on rhinos.

When she expected to stay a few weeks, she was grounded there due to an infection she developed after a sinus lift and bone grafting in preparation for dental implants, which prevented her to fly.

The royal has since undergone three surgeries – and Albert has provided a heartwarming update after one that took place on August 13.

He said in a statement: “The operation went well, Princess Charlene is resting and we think of her fondly.”