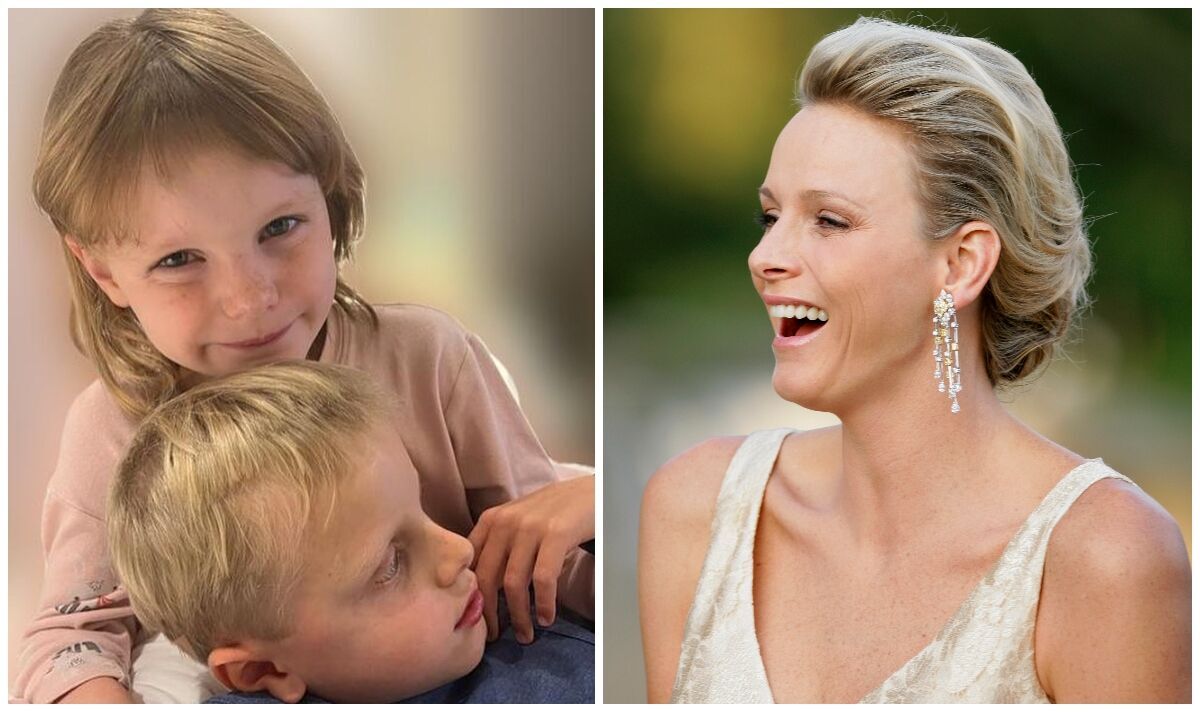 Charlene, Princess of Monaco, 44, took to Instagram on Friday night to share a new photo of her seven-year-old twin children Princess Gabriella and Prince Jacques. The princess captioned the photo, saying, “Gabriella got her hair cut, and her brother!!! Can’t wait to go to school on Monday…”

The twins start their school year on Monday now that summer vacation is over.

Princess Charlene jokes about young royal children who cut their hair just before the start of the school year.

Instagram user @f1girlclara said, “Hahaha, we’ve all done this at some point.”

Another fan, @vivalbamoebius wrote, “These are normal kids and it’s good that they’re free!”

What is Princess Charlene’s parenting style?

Jo Austin, a parenting expert from Tayberry Tuition and Consultancy, has already spoken to Express.co.uk to explain.

She said: “Princess Charlene and Prince Albert work a lot as a team, which any parent of twins will tell you is key.

“Raising twins, in particular, is difficult because it’s very easy to raise them the same way, but each child is different and individual. While some are happy to be more independent, others need more of comfort.”

Does Charlene look like any of the British royals when it comes to parenthood?

Jo explained: “Charlene’s parenthood is quite similar to that of many other members of the British royal family. They all have full-time jobs and royal engagements that they must attend, which means they can spend long periods away from their children.

“The Queen had a variety of royal engagements to attend throughout her children’s childhood, and so often left them at home while she went on tour.

“Her parenting style could also be similar to that of Sophie Wessex and the Duchess of Cambridge, as they too were brought up out of public view, so they will be raising their children in a very different environment to how they were raised. students. .”

Is raising children in the public eye and/or in the royal family a much more difficult task than usual?

Jo said: “Raising children can be difficult at the best of times, but in our experience those in the public eye are subject to an extremely high level of scrutiny, especially for those in the royal family.

“Additionally, members of royal families are subject to much more uncertainty regarding their work and travel plans, which can present difficulties in raising children.

“It’s important for Charlene to be very discreet with her parenting, but she also needs to raise her children in line with the public perception of a ‘good kid’. They need to be well-behaved and polite, clean and orderly and sociable.”