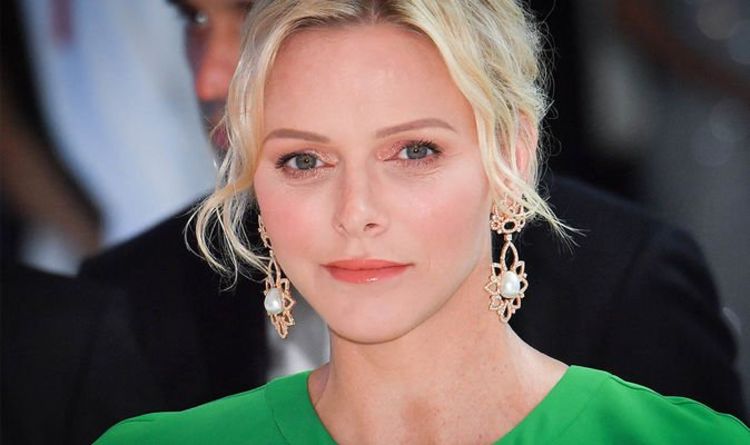 Princess Charlene has learned to ‘control’ her emotions, expert says

Princess Charlene is one of many foreigners who in recent years have married into a European royal family. But the adjustments she had to make to transition from her more normal life to that of a princess must have been particularly trying for Charlene as she also had to move to another country after living in South Africa most of the time. part of his life, a royal expert believes.

Discussing the difficulties foreigners face when marrying into royal families, author Coryne Hall told Express.co.uk: “I think for foreigners who marry into families like that, it’s a terrible pressure.

“Whoever the royals are, whoever the foreigner, they have to adapt to a completely different way of life.

“And if you’re from another country, like Princess Charlene and Princess Grace, for example, they have even bigger adjustments to make.

“If they marry someone from their own country, it’s a bit different.

“Yes, she’s lived in Monaco long enough dating Albert, but it’s not quite the same as being the Princess of Monaco.”

Charlene was born 44 years ago in Zimbabwe and grew up in South Africa.

She began her swimming career in 1996 and became an Olympian, representing South Africa at the 2000 Games in Sydney.

That same year, Charlene met Prince Albert, also a sports enthusiast who had participated in bobsleigh in five consecutive editions of the Winter Olympics.

The couple dated for several years and married in Monaco in July 2011.

Ms Hall added that she believed Princess Charlene was also under huge stress after marrying Prince Albert, as she was expected to become the next Princess Grace.

Grace quickly won the love of Monegasque society before she died in a car accident aged just 52.

Prince Albert himself would always have been aware of the pressure any future first lady of the principality would have to face.

Appearing on Channel 5’s The Curse of Grace Kelly’s Children, journalist Joel Stratte-McClure said: “Albert told me he felt sorry for anyone who became the Princess of Monaco, because of the effect fishbowl and the obligations that come with that role.”

Since joining the Monegasque Royal Family, Charlene has carried out significant charity work, focusing on child welfare, conservation and the fight against AIDS.

Charlene, who is the mother of seven-year-old twins Prince Jacques and Princess Gabriella, has been battling health issues in recent months.

In May last year, she traveled to South Africa to carry out conservation work with her foundation.

While the trip was only supposed to last a few days, she was grounded there for six months after developing a serious ENT infection.

Charlene described her months away from her family as “tempting” and said Albert was her rock and essential support.

After undergoing surgery, the princess was given the green light to return to Monaco in early November and marked the happy day by posing for a photo with her reunited family outside the Monaco palace.

While Charlene was expected to return to royal duties and attend, among other things, National Day celebrations on November 19, the Palace announced that she would be stepping back from official events for a time in order to fully recover and regain strength from his health problems.

In the same month, Prince Albert revealed that his wife had decided to be admitted to a treatment center after it became clear that she was suffering from “exhaustion, both emotional and physical”.

The Palace released an update on Charlene’s health at the end of January, saying she was recovering in a “very encouraging way”.

However, the royal’s recovery and treatment “will take several more weeks”, the statement added.

In its previous statement, the Palace announced that Albert and the twins would visit Charlene at the treatment center during the Christmas holidays.