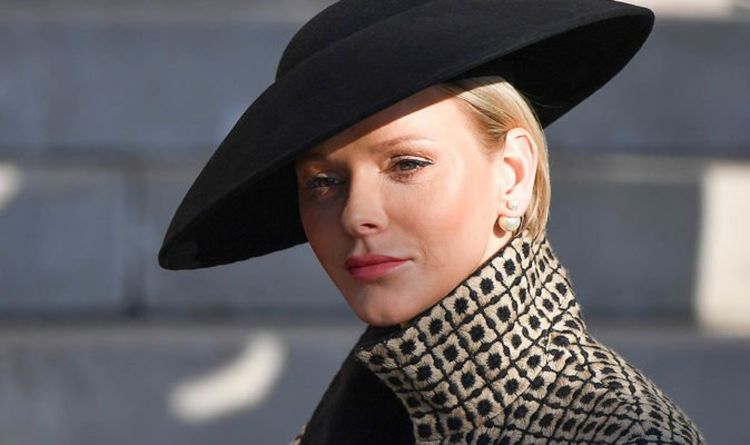 Princess Charlene has learned to ‘control’ her emotions, expert says

Princess Charlene was briefly seen in public in November on her return from her forced extended stay in South Africa. The royal has since been admitted to a care center and has stayed in touch with her fans and the Monegasque public via her Instagram account.

The consequences of this absence from public life “must be very troubling” for the principality’s royal family, according to royal author Coryne Hall.

The expert noted Charlene’s absence from Monaco, first due to health issues related to a severe ENT infection and later deep exhaustion, and the lack of information surrounding her condition sparked several rumours, that Prince Albert and others close to him have been trying to undo over the past month.

Asked about the consequences of this situation on members of Charlene’s royal family, the author of ‘Queen Victoria and the Romanovs: sixty years of mutual distrust’ told Express.co.uk: “It must be very disturbing for the royal family and especially for Albert having to deny rumors at all times, including that his marriage is in trouble.”

Charlene’s need to stay away from the public due to health issues is also impacting the principality itself, Ms Hall believes.

Princess Charlene was admitted to a treatment center in November (Image: GETTY)

Prince Albert with his children and sisters on the occasion of the Monegasque National Day in November (Image: GETTY)

She said: “I think Monaco are getting really worried because they haven’t really seen her since the start of 2021.

“They have a princess but they never see her.

“At all the balls and events they managed to organize with Covid, it was Princess Caroline who became the first lady.

“And people kind of worry about where the ‘disappearing princess’ is, if you will, right now.”

Prince Albert’s sisters, Caroline and Princess Stephanie, have taken part in numerous royal engagements over the past few months.

Princess Charlene and Prince Albert on their wedding day in 2011 (Image: GETTY)

In December alone, Princess Caroline and her son Pierre Casiraghi joined Albert and his twins at the opening of the traditional Christmas market in Monaco.

During the same month, Princess Stephanie, the youngest child of Prince Rainier III and Princess Grace, took part in the annual unveiling of the Christmas tree at the Monaco palace.

She also helped Prince Jacque and Princess Gabriella, seven, distribute gifts to Monegasque children – a duty they accomplished in 2020 with the support of their beloved mother.

In May, she traveled to South Africa, where she was to stay only a few days to carry out conservation work with her foundation.

Princess Stephanie with Jacques and Gabriella at a gift engagement in December (Image: GETTY)

However, she was unable to leave after developing a serious ENT infection.

It was only after a series of operations and medical visits that she was able to fly back to Monaco.

During her stay in the country where she grew up, she was visited by her husband and children twice and told the local press about the disappearance of her family.

She also continued to campaign against the illegal poaching of rhino horns.

Before leaving South Africa in early November, Charlene recorded a video for her foundation in which she thanked the medical staff who supported her during such a difficult time.

Once in Monaco, she shared on Instagram a photo marking her reunion with Jacques, Gabriella and Albert at the Monegasque palace.

However, a few days after her return, Charlene was admitted to a treatment center after it became clear that she “was overwhelmed and could not cope with her official duties, life in general or even the family life,” Albert said.

Speaking to People magazine in November, the Grimaldi family boss also once again stressed that the physical distance between Charlene and her family was not due to marriage issues.

He said: “I’ll probably say this many times, but it has nothing to do with our relationship.

“I want to be very clear. These are not issues in our relationship; not with the relationship between a husband and wife. It’s of a different nature.”

Since her admission to an institution “outside Monaco”, Charlene has contacted her Instagram followers a few times.

Princess Caroline and her son attend a royal engagement with Albert and his children (Image: GETTY)

On December 10, her children’s seventh birthday, Charlène wished them a happy birthday by sharing photos of Jacques and Gabriella celebrating in front of a 7-shaped cake.

As Christmas approaches, she also shared the Monegasque family’s official greetings card – a design featuring herself, Albert and their children in front of a Christmas tree.

She also shared a five-minute video from her foundation that she also appears in, focusing on the organization’s current and future projects.

His final post was shared on Boxing Day, to mark the passing of Archbishop Desmond Tutu.

The shared Monaco palace Princess Charlene is said to be visited at the treatment center by her close family during the Christmas period.

The statement also informed the public that Charlene is “recovering satisfactorily and reassuringly, although it may take a few more months before her health is fully restored.”

“Queen Victoria and The Romanovs: Sixty Years of Mutual Distrust” by Coryne Hall is now available in hardcover and ebook and will be available in paperback from February 15.

‘The car is too complex in Formula 1’: Alfa Romeo boss reveals why he chose Guanyu Zhou over Theo Pourchaire