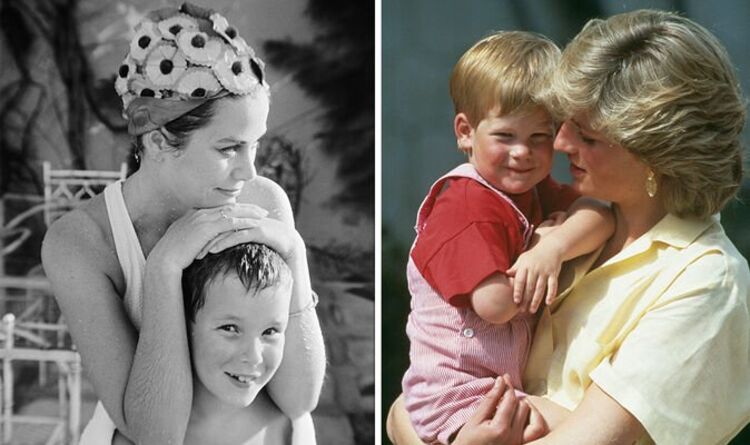 Princess Diana and Grace Kelly: Royals had ‘more than tragedy’ in common

Princess Diana and Princess Grace both died in car accidents – Diana in 1997 in Paris, aged 36, and Grace in 1982 in Monaco, aged 52. But the two women “shared more than tragedy” in common, said body language expert Judi James.

Diana and Grace “both burned fiercely in their all-too-brief lives and both possessed a form of charisma that made them beloved to the point of being adored by their royal fans,” Judi James told Express.co.uk.

This is evident in photos taken of the two women over the years, where they seemed to relish meeting fans at royal engagements.

Both women also adored their children and didn’t let their royal duties get in the way of their parenting.

The body language expert continued: “Both women have been portraying the role of fairy tale princess since everyone’s childhood, and although Diana’s fairy tale turned into a nightmare during the breakup of his marriage, the two women now seem frozen in history in this symbolic role thanks to the images they left behind.

READ MORE: The royal whose favorite perfume costs £245 – and not Kate or Meghan

In the photos, Grace and Diana showed off their impeccable wardrobes to the world, being “the most formidable beauties and fashion icons of their time in a way that even eclipsed their titles.”

The two princesses graced the cover of Vogue more than twice and “brought a bit of photogenic magic into their husband’s life.”

Prince Rainier and Prince Charles were both 32 when they married the women who would change their respective royal families forever.

Judi claimed: ‘Charles’ marriage to Diana might have brought him future woes, but she brought a magical touch to the union which breathed new life and popularity into his life and helped modernize the monarchy .

“Grace brought a very elegant form of Hollywood glamor but without the stigma of converting royalty into celebrity.

“There was a strong hint of makeovers from both women in some of their photos in a family setting.

“We can see Grace sitting on a garden bench with her first two children, both designer and elegant, but also tactile and loving as her husband stands behind, his hands on the seat, a little less comfortable .

“Diana would also create equally idyllic family poses that looked straight out of a Goya pastoral painting, with Charles often looking a little less confident behind the family group.”

One of the things that made Grace and Diana highly regarded by their respective countries was their role as mothers.

Judi said: “Grace and Diana have become as iconic in their roles as loving mothers as they are Vogue models.

“The two women invited the cameras into the nursery itself to show the heirs to the thrones and their siblings leading what looked like normal, happy childhoods, surrounded by toys and games.

“The two women also shared poses taken on skis or on a sled with the whole family looking tactile, playful and involved.”

The body language expert claimed that, in the photos, it appears “both women emphasized the motherly presence using gestures of shelter, like birds with their wings around their brood, but both also suggested the feeling of raising their children to be confident and fearless”.

She added: “Unfortunately, this maternal protection ended when both women died, and their two young children left the royal homes for the United States over the next few years.

“Harry and Stephanie led their own lives, but even then in a way that could easily have won their mothers’ approval in their pursuit of individual happiness.”

Prince Harry is Diana’s youngest child, while Princess Stephanie is the youngest of Grace’s three children.

Draw between Bordeaux and Monaco for Guion’s debut