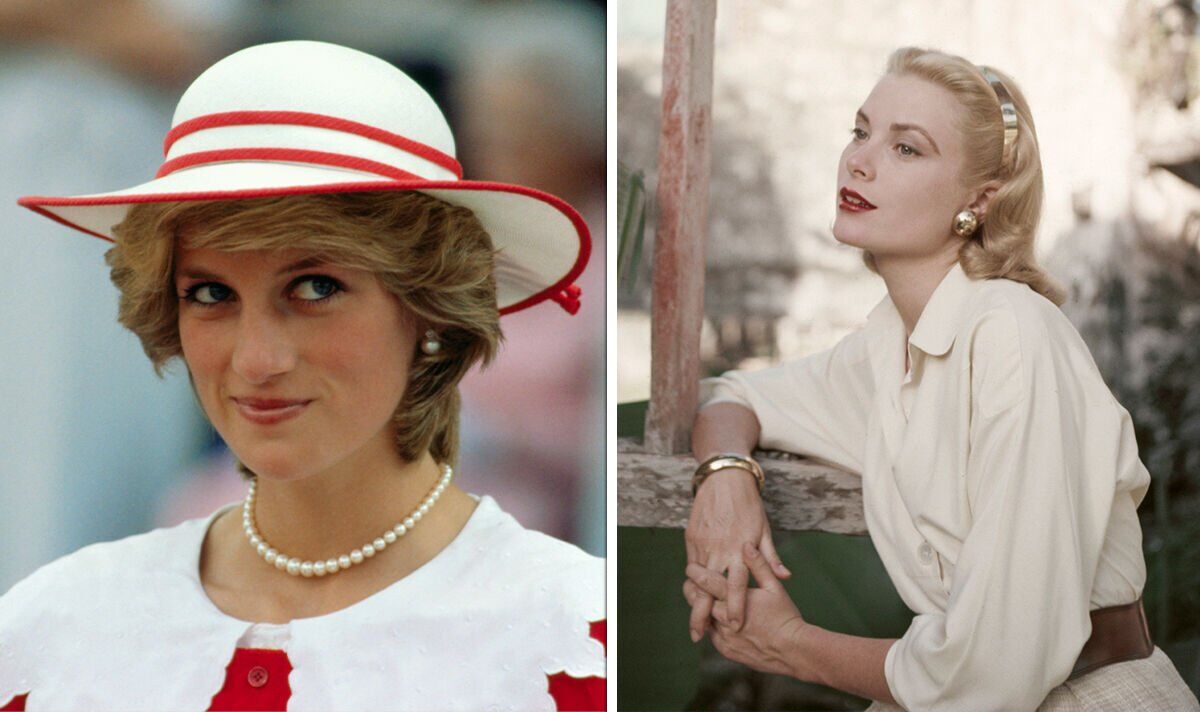 Princess Diana and Princess Grace both died in car accidents – Diana in 1997 in Paris, aged 36, and Grace in 1982 in Monaco, aged 52. But the two women had more than their tragic deaths in common, and were even friends, body language expert Judi James has said.

Judi told Express.co.uk that Diana was just 19 when she met Grace, Princess of Monaco, but there was an instant connection between the two women.

She said: “When the future Princess Diana met Princess Grace in 1981, the meeting between two iconic women could hardly have been more poignant.

“Diana was far from the beautiful, adored fashion icon she has become.

“At 19, she had just gotten engaged to Charles and wore the disastrously ill-fitting black evening dress which showed too generous an amount of her cleavage.

“Grace was near the premature end of her life, an elegant and experienced princess in her fifties who was completely established in the roles that were still in Diana’s future.”

Diana and Grace were attending a fundraising party in London when they met, the bride-to-be wearing a strapless black Emanuel dress described by herself as ‘two sizes too small’.

Grace, meanwhile, wore a long-sleeved purple foil-like dress, her platinum blonde locks tied in a braid around her head.

Judi continued: “There seems to have been an instant empathy between Grace and Diana, with Grace consoling her over the dress and her nerves, allegedly using the very telling prophetic phrase, ‘don’t worry darling, it doesn’t will only get worse.

“Probably neither woman would have guessed it at the time, but they would have more in common than their marriages into royal families.

“It wasn’t long before Diana learned to work with the press and use the cameras like the professional star Grace was before she even met her husband.

“And she also discovered, like Grace, her natural strong empathy with the public and children in particular, as well as her ability to use her popularity and profile to champion good causes and promote several charities.”

Both women were photographed with children – their own and those of the public – throughout their lives, seeming genuinely interested in what they had to say, making them more attractive, affectionate and loving in the eyes of people in their respective countries.

“It made people feel personally invested in her, with many people feeling like they had lost a real friend when Diana died.”

Judi explained that the two women used “eye tie or tie signs” to “create that bond” with the audience.

She said: ‘When Grace was photographed cradling her newborn baby, her facial expression and eye contact with the camera suggest she is sharing this very personal moment of joy with all of us.

“Diana would often cast little sharing glances at the camera, creating moments of what felt like one-on-one communication.

“This very genuine style of affection from both women meant that they were also great with young children.

“We can see Grace’s expression of total commitment and joy as she takes a bouquet from a little girl, and Diana would often discover that it is the children who insist on hugs, which would have testified to her naturally warm personality.

“Both women also emphasized displays of affection and bonding with their own children.”

Judi added that “the other key ingredient both women shared was their ability to bring magic to the royal families they married.”

“Their charisma was shared, broadcast and poured over their husbands and children in a series of beautiful family photos that looked like they were straight out of a glossy magazine,” the body language expert said.