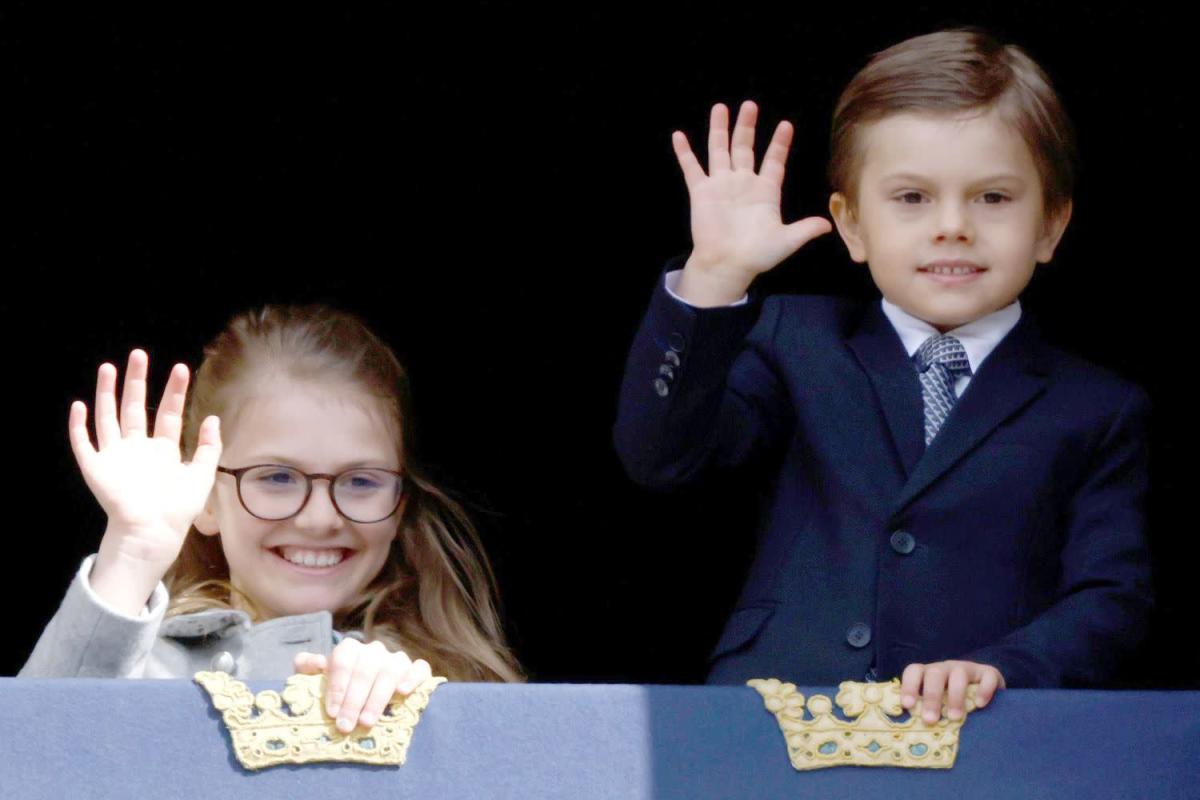 Princess Estelle of Sweden launches glasses, just like dad, Prince Daniel! – at the celebration of the King’s birthday

The 10-year-old royal joined Sweden’s royal family to celebrate the 76th birthday of her grandfather, King Carl XVI Gustaf, at the Royal Palace on Saturday. Alongside her parents, Princess Victoria and Prince Daniel, as well as her brother, Prince Oscar, Estelle appeared at a balcony window to wave to the crowd – and she was sporting a new accessory.

For the first time in public, Princess Estelle wore a pair of black-rimmed glasses for the outing. The rounded specs closely resemble those worn by her father, Prince Daniel, for many years.

The first glimpse of Princess Estelle’s new look came in March in photos published on the occasion of World Water Day. Estelle joined mum Princess Victoria and her brother Prince Oscar in transferring jugs of water with the organization Wateraid.

Crowds gathered in the palace’s outer courtyard on Saturday for the anniversary festivities, starting with a performance by the Navy Music Corps.

The king also received flowers from the visiting children.

Princess Estelle is second in line to the throne behind her mother. Even at a young age, she’s already learning the ropes of royal life, even accompanying Princess Victoria and King Carl Gustaf on official outings (which don’t interfere with school, of course).

King Carl Gustaf recently posed with his two immediate heirs in a glamorous new portrait which is being used on the homepage of the royal family’s website.