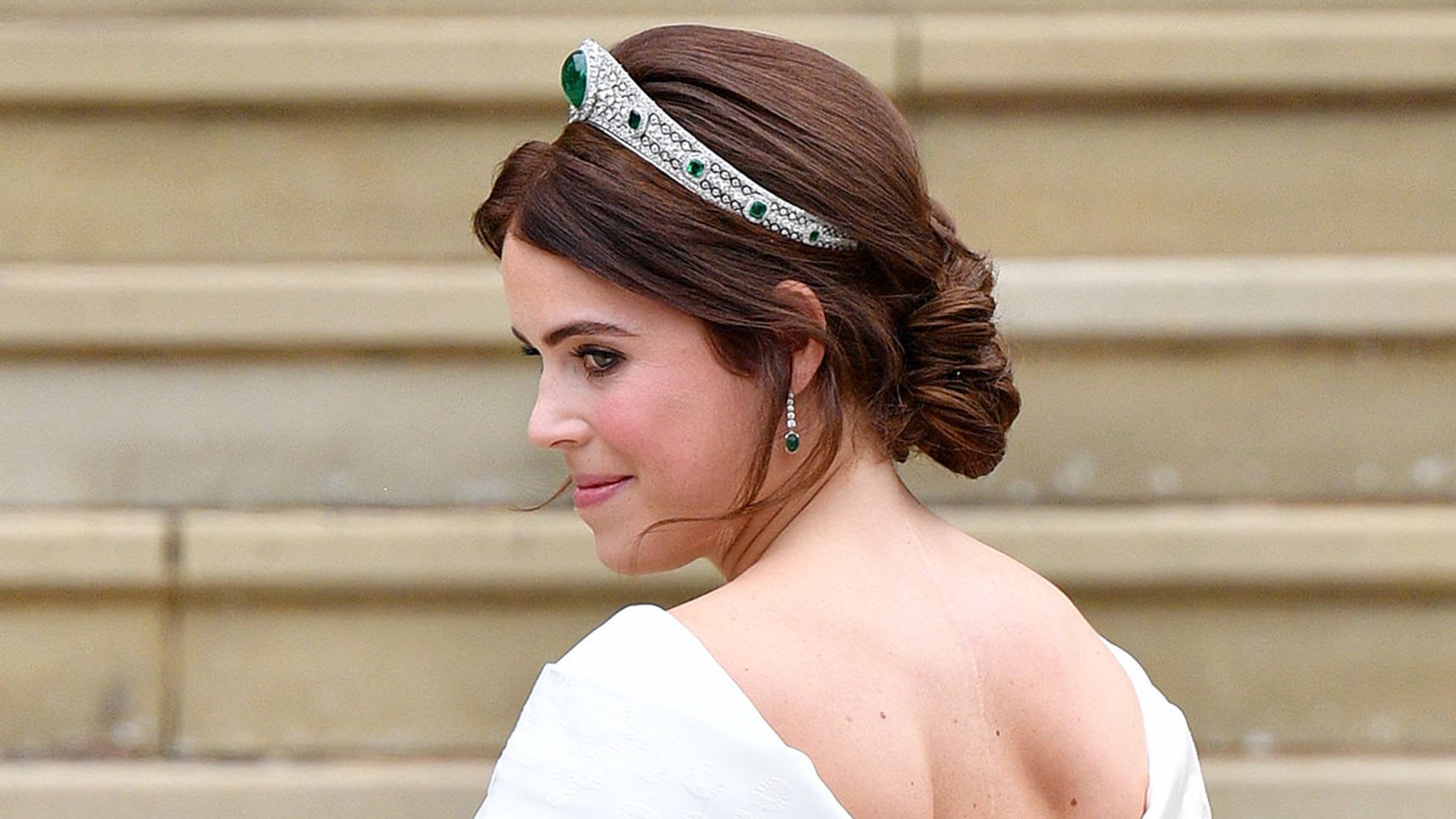 Princess Eugenie surprised royal fans when she swapped her Peter Pilotto wedding dress for a dusty pink wedding dress at her wedding reception with Jack Brooksbank on October 12, 2018.

WATCH: The spectacular second wedding dresses of 12 royal brides you may have overlooked

Not only did the unconventional color catch the world’s attention, but Queen Elizabeth II’s granddaughter’s decision to base her second wedding dress on a movie star was not common among royal brides. They usually take inspiration from their loved ones, and although Eugenie had her family at heart when it came to choosing her dress, she based the design on actress-turned-royal Grace Kelly’s beautiful gown in the 1955 movie, To catch a thief.

WATCH: Princess Eugenie’s wedding dress from every angle – and see her special meaning

Sarah Ferguson’s daughter stepped out in a divine dress by American designer Zac Posen, complete with a structured bodice and flowing skirt. The only differences were Eugenie’s modest long sleeves, instead of the strapless neckline, and the pastel hue that the Royal family website said was inspired by the beauty of Windsor and the blush of an English rose.

SEE: Royal brides had the BEST ‘borrowed something’ on their wedding days – see photos for proof

The dress, made from British mill Biddle Sawyer Silk, was displayed at Windsor Castle alongside Eugenie’s first wedding dress, her sister Princess Beatrice’s bridesmaid dress and the dress of her bridesmaid Theodora Williams.

Grace Kelly on the set of To Catch a Thief

In the audio guide, the royal explained: “I wanted something reminiscent of Grace Kelly in To catch a thief so I showed that as a reference and Zac found this floss he found in Manchester. Every draped effect, every detail, every button, everything is meticulously made by him and his team.”

Grace Kelly may also have been the inspiration behind the Princess of Wales’ iconic wedding dress. She got married Prince Rainier III of Monaco in 1956 in Monaco Cathedral with around 600 guests, while more than 30 million viewers watched from their homes.

The movie star wore a beautiful, high-necked lace wedding dress designed by Helen Rose, who worked on it for six weeks with the help of three dozen seamstresses. It bore several similarities to Princess Kate’s long-sleeved dress by Sarah Burton at Alexander McQueen when she married Prince William in 2011.

Planning your wedding? Sign up for the HELLO Bride Guide newsletter!

More lighting to come in the Dickinson Town Roundabout area