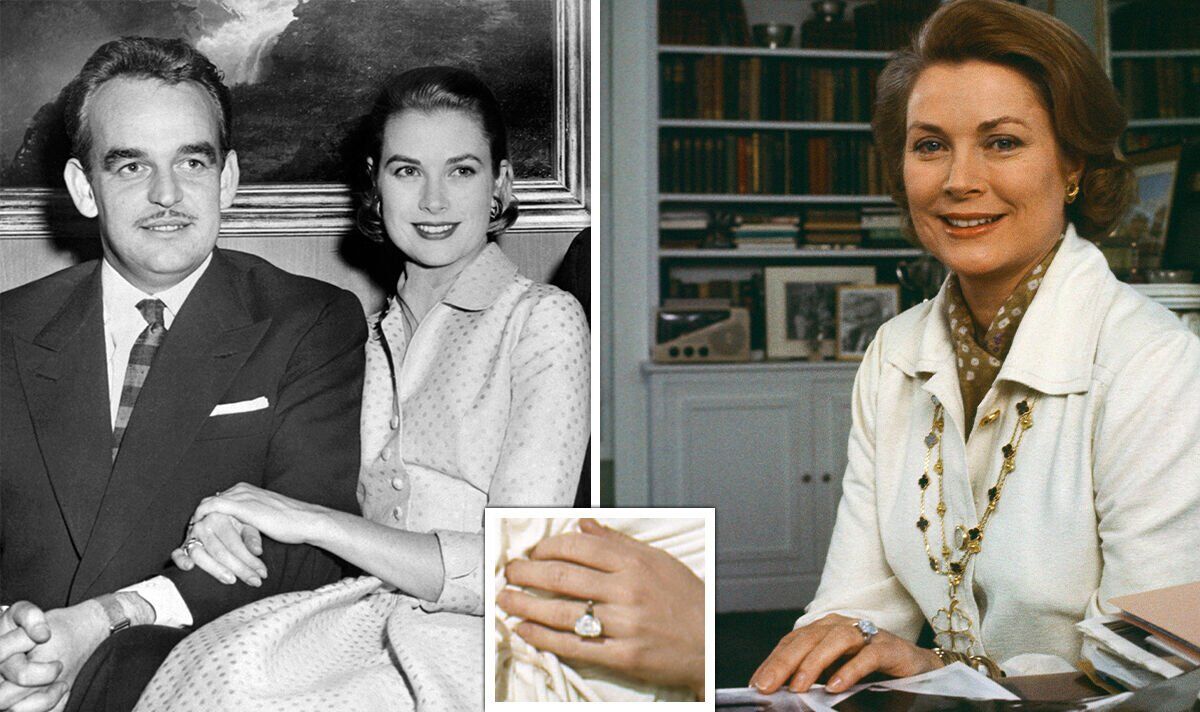 The late Princess Grace of Monaco, formerly Hollywood actress Grace Kelly, was famous for her incredible poise and fashion sense. So it was fitting that Prince Rainier III of Monaco offered an incredibly elegant ring in 1956. But Grace’s original engagement ring was quickly replaced by the iconic diamond most associated with her today.

The first engagement ring Grace received from Prince Rainier looked more like an “eternity ring” according to a jewelry expert.

Jon White, director of precious metals buyer www.gold-traders.co.uk, said: “A little known fact about the engagement of the late Princess of Monaco is that she actually received two rings from the Prince. Rainier III.

“Initially, the Prince presented Grace Kelly with a simpler but elegant Cartier eternity ring, made of rubies and diamonds, intended to serve as a tribute to the Monegasque flag.

“However, this piece was followed by a stunning, much more extravagant engagement ring featuring a 10.5-carat emerald-cut diamond, accompanied by two baguettes.

“The piece was also created by Cartier, a jewelry house that Grace Kelly worked closely with throughout her life.

“The ring is without a doubt one of the most iconic engagement rings, both in Hollywood and in the world of royal families.”

Some have suggested that Grace’s first ring was meant to be a placeholder and that a different ring would be purchased at a later occasion.

While Grace appeared in the movie High Society, her character had to wear a huge diamond ring.

And instead of wearing a fake, Prince Rainier is believed to have bought his bride-to-be the real thing, complete with an accessory and her new engagement ring.

Princess Grace‘s engagement ring is one of the most famous jewels in the world, and due to its provenance, it is probably worth a truly staggering value.

Mr White added: “In terms of value, when the ring was originally created by Cartier in 1956, it was priced at just over £3.5million.

“However, over time, its price has increased significantly, due to both inflation and the massive historical value of the coin.

Since Grace’s death in 1982, her engagement ring has remained the property of the Monegasque royal family.

In terms of fame, only a few royal engagement rings can match the provenance of Grace’s signature sparkle.

The late Princess Diana’s engagement ring is often cited as one of the most iconic in the world, and it now belongs to future Queen Consort, Kate Middleton.

The 12-carat oval sapphire and diamond ring was made by royal jeweler Garrard and is now worth up to £400,000.