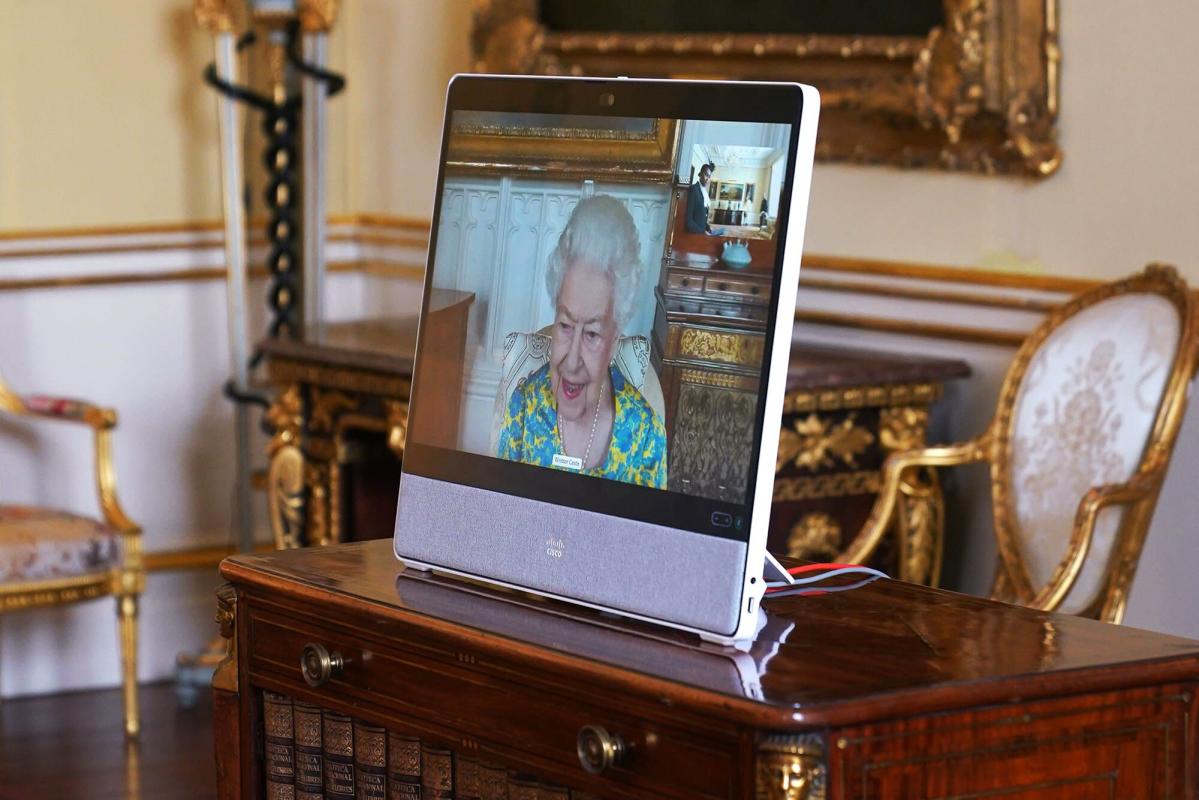 Queen Elizabeth is back on screen.

Just a day after appearing alongside Prince Charles to present the George Cross to National Health Service officials from the four countries that make up the UK, the 96-year-old monarch held two virtual hearings.

The Queen was all smiles for the meetings, sporting a floral patterned dress and a single strand pearl necklace.

However, the British Royal Family‘s official Twitter account had to delete and retweet their message about the meetings after they mistakenly said they were with incoming ambassadors rather than high commissioners. Both are the two types of heads of diplomatic missions of a country, although an ambassador is the representative of a country in another country while a high commissioner is the head of state in another country.

On Tuesday, the Queen welcomed frontline workers and representatives of the National Health Service to Windsor Castle, where they received the George Cross to honor their service during the coronavirus pandemic.

The George Cross was instituted by King George VI in September 1940 at the height of the Blitz to recognize “acts of the greatest heroism or courage in circumstances of extreme danger”. It is the highest civil order that can be bestowed by the monarch.

Although members of the Royal Family have held investiture ceremonies on behalf of the Queen, the monarch herself has not personally bestowed honors since 2020, when she knighted Captain Sir Thomas Moore for having raised over $40 million for the UK’s National Health Service (NHS). amid the coronavirus lockdown by completing 100 laps in his backyard.