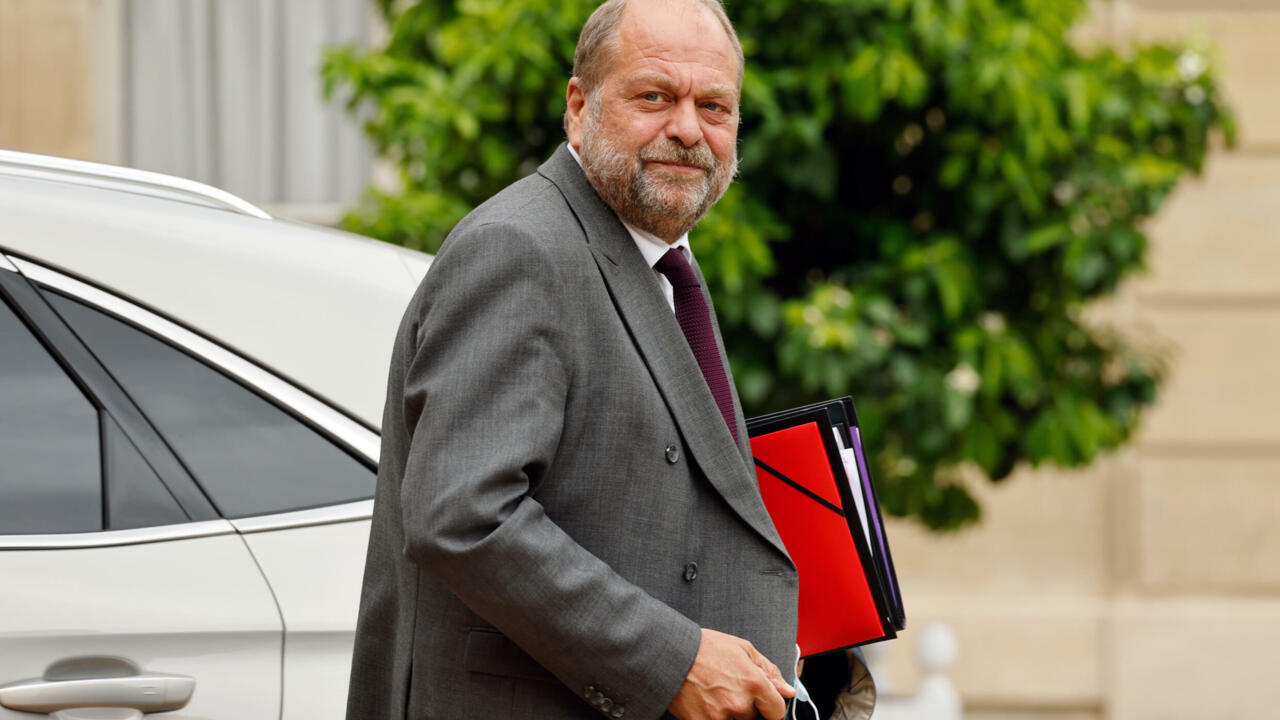 A formal investigation into possible conflicts of interest was opened on Friday against the French Minister of Justice, Ã‰ric Dupond-Moretti, suspected of having used his political influence to settle accounts with opponents dating from his previous career of leading defense lawyer.

Dupond-Moretti conflict of interest investigation marks the first time a sitting French justice minister has been placed under official investigation and comes after French investigators carried out a 3 p.m. search of the ministry’s office of Justice of Dupond-Moretti on July 1.

The Dupond Moretti case started in January when the Court of Justice (Court of Justice of the Republic) opened an investigation in response to accusations by magistrates’ unions and the anti-corruption association Anticor that he used his role as Minister of Justice to target magistrates who had crossed paths with him during his previous legal career . The Court of Justice is a special body responsible for investigating allegations of misconduct by sitting ministers.

The first of the allegations concerns Dupond-Moretti’s decision to order an investigation of three magistrates at the National Financial Prosecutor’s Office (PNF) in September 2020. He argued that the magistrates acted inappropriately by ordering the police to put his phone on. wiretapped and those of several other lawyers in 2014. The surveillance aimed to investigate suspicions that an internal source had informed ex-President Nicolas Sarkozy and his lawyer, Thierry Herzog (a friend of Dupond-Moretti), that they had been wiretapped during an investigation for illegal financing by Sarkozy’s campaign.

Dupond-Moretti filed a personal complaint when it was revealed in June 2020 that his phone had been tapped; he accuses the magistrates of acting like “spies”. But he withdrew the complaint when Macron made him surprise justice minister the following month.

He ordered the investigation shortly after the General Inspectorate of Justice published a September 2020 report on wiretapping of lawyers by the financial prosecutor, commissioned by Dupond-Moretti’s predecessor, Nicole Belloubet. The report cleared the financial prosecutor’s office of wrongdoing – but at the same time said the agency must “change the way it operates.” Dupond-Moretti said in ordering the investigation that the report revealed “some dysfunction” within the organization.

The second conflict of interest allegation concerns an investigation that Dupond-Moretti ordered the Inspectorate General to conduct in July 2020 against Ã‰douard Levrault – a magistrate famous for anti-corruption investigations in Monaco when he was seconded to the Principality. Prior to his appointment as Minister of Justice, Dupond-Moretti had publicly accused Levrault of having used “cowboy” methods and of “violating the confidentiality of an investigation” during the indictment of a senior Monegasque police official whom Dupond-Moretti was defending in court.

Dupond-Moretti had filed a complaint against Levrault on behalf of his client before he was parachuted into politics; the resulting investigation is ongoing.

A “keen criticism of the judges”

Dupond-Moretti strongly denies both allegations – saying he was only “following the recommendations” of Justice Ministry officials and that magistrates’ unions are using the accusations as a ploy to cripple his reforms of the French justice system and to replace him as Minister of Justice. .

In October 2020, the Macron government responded to months of assertions from magistrates’ unions that Dupond-Moretti’s role in the cabinet posed a conflict of interest by stripping him of his authority over all matters relating to his former career. lawyer, giving Prime Minister Jean Castex the responsibility for such matters.

Now that Dupond-Moretti has been indicted, Macron and Castex have rallied to his defense. “The Minister of Justice has the same rights as everyone, including the presumption of innocence and the ability to defend one’s rights,” the president told reporters during a visit to the Tour de France on Friday.

Castex said in a statement the same day that he wished to reiterate his “total confidence” in Dupond-Moretti and encouraged him to continue his judicial reforms.

Others have also rallied to his defense. Two deputies who also worked for the Court of Justice as professional lawyers – NaÃ¯ma Moutchou of Macron’s La RÃ©publique en Marche party and Antoine Savignat of the conservative Les RÃ©publicains party – resigned from the proceedings following the investigation Dupond-Moretti. Moutchou declared that she refused to “take part in this semblance of justice” motivated by “the undisguised desire of a handful of magistrates to reduce a minister of justice to political impotence”.

Dupond-Moretti was both admired and vilified as a criminal lawyer. Nicknamed the “acquittingâ€- a coat rack ofâ€œ acquittal â€andâ€œ terminator â€- for winning over 120 acquittals in 36 years in the courtroom, he has been hailed in some quarters as a champion of the rights of the accused and the bane of the prosecutors.

However, others saw his pugnacious style very differently – notably when he unsuccessfully defended Abdelkader Merah, who was convicted in 2017 for inspiring and helping his jihadist brother Mohamed Merah to assassinate three French paratroopers and then three children. and a rabbi in a Jewish school in Toulouse. in 2012.

â€œPeople said I was a shame for my profession; people threatened my children â€- but it was anâ€œ honor â€to stand up for him, Dupond-Moretti told media at the time.

Dupond-Moretti was “a sharp critic of judges and magistrates” when he was a lawyer, noted Marc Perelman, editor-in-chief of French policy at FRANCE 24. The Minister of Justice and the Macron government believe he is ‘This is essentially a vendetta, because when Dupond-Moretti was appointed he swore that the magistrates “weren’t going to do whatever they wanted with me,” Perelman said, so they think he was. acts of “revenge”.

Unsurprisingly, the defense of Dupond-Moretti by the Macron government did not convince its left-wing opponents.

“When a minister is placed under investigation, he must resign,” Socialist Party leader Olivier Faure told France Info radio, quoting verbatim a line used by Macron in 2017 while he was on an election campaign for his successful candidacy in the presidential election.

Keeping Dupond-Moretti in power will be “embarrassing” for the Macron government, Perelman said.

The interrogation of Dupond-Moretti at the Court of Justice is “unprecedented,” said Perelman. â€œIn general, it is the former ministers who must apply to this tribunal for something they [allegedly] done during his tenure. We have never seen a sitting minister appear before these judges before, and what is even more confusing is that it is the Minister of Justice.

Indeed, at the start of Macron’s presidential term in 2017, his Prime Minister of Justice, FranÃ§ois Bayrou, quickly resigned after facing a simple preliminary investigation for financial irregularity in his MoDem party. Macron fired another minister, Richard Ferrand, after he was brought under investigation on charges he made his wife get a real estate deal with a health insurance fund.

Comparing Dupond-Moretti’s approach to Bayrou’s quick resignation, Perelman said: “You see there is a problem.”

But Macron hopes the pressure won’t prevent him from keeping Dupond-Moretti, Perelman said, because he is “one of the only stars and one of the only well-known ministers in his government.”