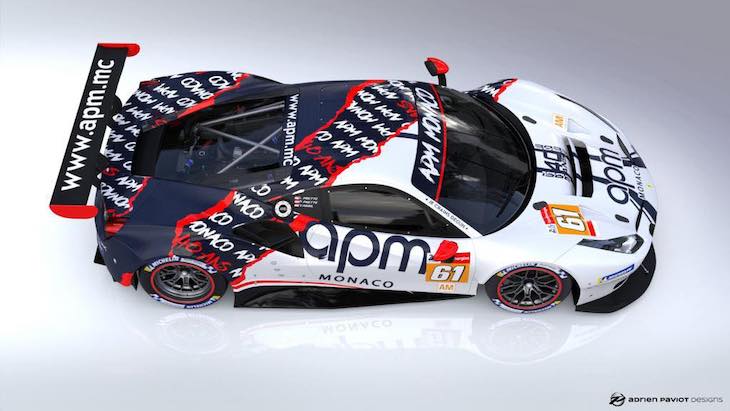 The 24 Hours of Le Mans livery of the #61 AF Corse Ferrari, which will see Vincent Abril, Louis Prette and Conrad Grunewald join forces for the endurance classic, has been unveiled with APM Monaco branding prominently featured.

The effort will be Abril’s third appearance at Le Mans, Prette’s second and will see the racing debut for American race Ferrari Grunewald.

The n°27 will mark the team’s first participation in the race, obtained thanks to an exceptional victory in the LMP3 category in the Asian Le Mans Series 2022.

Cresp and Palette featured in the championship-winning car in the UAE while Jensen was part of the sister car crew that completed a championship double for the team!

Dutch driver Bent Viscaal will make his debut at the 24 Hours of Le Mans at the wheel of the Oreca #44 ARC Bratislava.