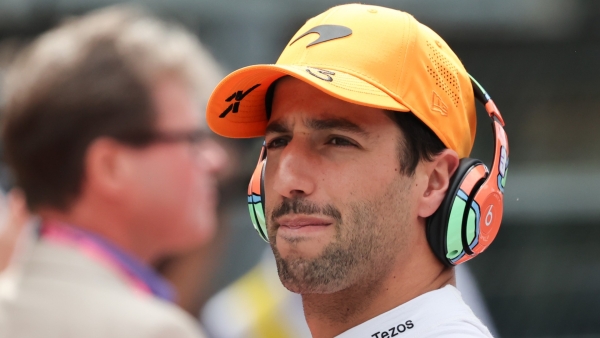 Max Verstappen and Lando Norris have hit out at the “stupid” track limit penalties imposed at the Austrian Grand Prix last weekend, while George Russell has suggested F1 revert to a single race director.

The sport has strict rules this season regarding overstepping circuit boundaries, with 43 offenses committed for crossing the white line in Sunday’s race, won by Ferrari’s Charles Leclerc.

“I think the debate over track limits this weekend was a bit of a joke,” Verstappen told Sky Sports F1.

“I don’t think we should have that value over a millimeter above it’s a penalty or whatever. Then just add a wall or put some gravel back in. I think that’s great because there is gravel, you punish yourself if you stray.

“Things like that, I think it doesn’t look good for the sport.”

McLaren’s Norris, who was slapped with a five-second penalty for repeated abuse, was also frustrated with the rules, adding: “You can’t see the white lines. It’s just guesswork and obviously I’m not. good enough to guess.

“But I got a warning from Turn 1, and it was just a total mistake. I lost time, so when you look at it that way, I can say it’s a bit stupid. C It was just me making mistakes. So I don’t feel like I should be punished for that.”

Meanwhile, Hamilton’s Mercedes team-mate Russell questioned whether the rules enforcement was due to F1’s rotation of race directors this season.

The sport has called on several directors after Michael Masi’s infamous handling of the Abu Dhabi Grand Prix at the end of last season ultimately helped Verstappen win the world title at Hamilton’s expense.

“We don’t want to inflict penalties left, right and centre, but there has to be an element of consistency somewhere and I think we have to look at the root cause of the issues,” Russell added.

“I agree that we need to stick with one race director. We need to have a bit more consistency with the marshals.

“We get to the next event and often the steward from the previous event isn’t there. There’s no accountability, no explanation of the decisions. It’s tricky. Everyone has their own interpretations.”