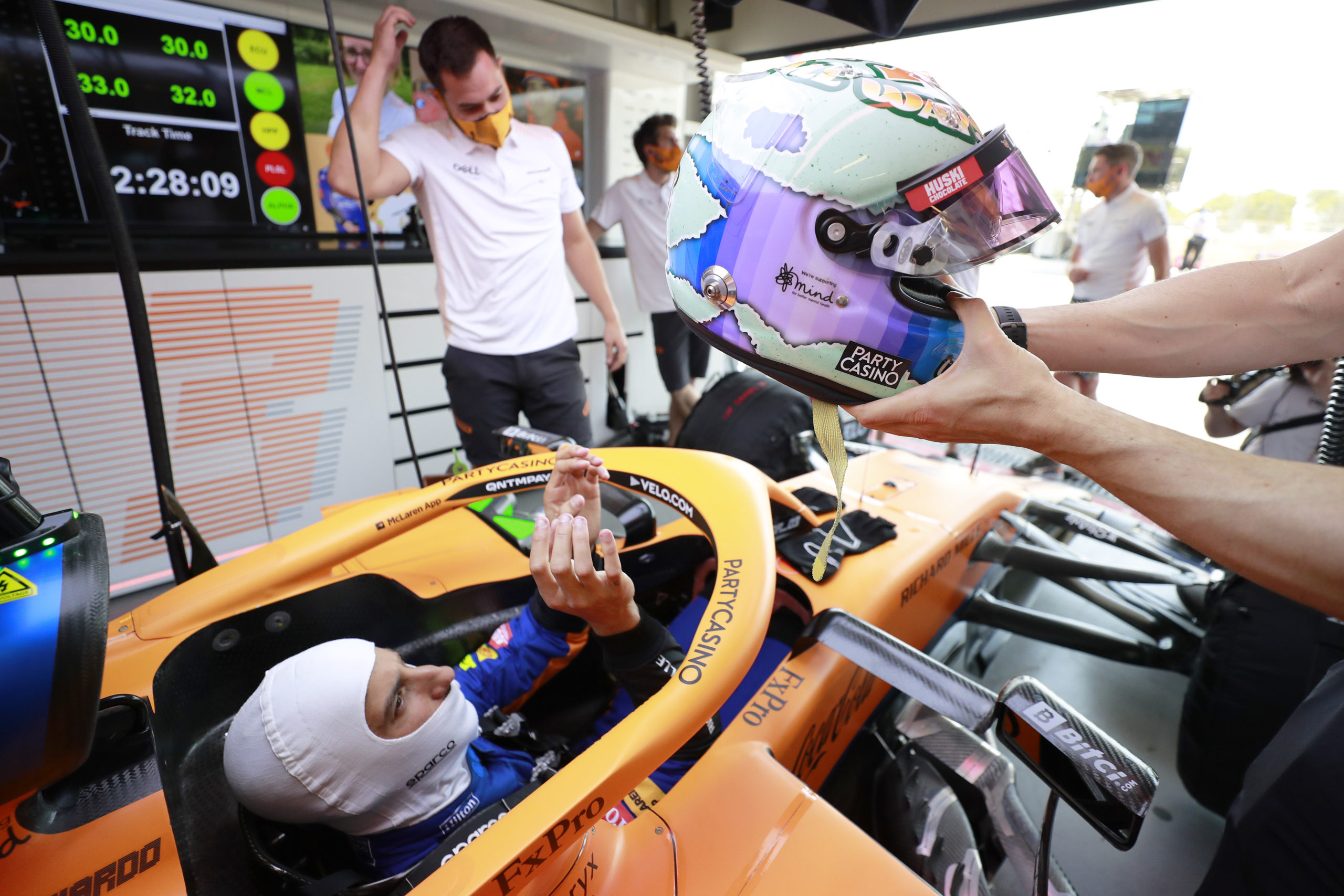 Daniel Ricciardo explained that McLaren is working to develop the MCL35M to suit it better as much as it is working to adapt to the car.

The Australian has struggled against his teammate McLaren this season, with less than half of Lando Norris’ points after nine races.

Norris sits fourth in the Drivers’ Championship with three podiums to his name, while the 2018 Monaco Grand Prix winner is just eighth with three sixth places, his best to date.

Ricciardo admitted that he struggled to adjust to the McLaren, which is considered a difficult car to master.

However, the 32-year-old noted that the team were looking to meet him as close to the halfway point as possible.

“With the car, there are definitely things that I’m trying to adapt a bit depending on the car right now,” he explained.

“I am still working on some areas where I can improve with what I have, but I am also not distracted from the comments I have to give to help the car and try to give the information to the team. that they can then obviously design or build the car that suits my driving style then, and maybe work on my strengths.

The team is limited at the moment in terms of what they can do well beyond basic setup work, with cost cap regulations in place and sweeping new technical regulations expected to be introduced year round. next.

Development of the 2021 car has therefore practically ceased, but even before that there was little incentive to invest in major components as there is little not to carry over to 2022.

Speaking over the Monaco Grand Prix weekend, Seidl admitted that the team had little scope to introduce developments to speed Ricciardo’s return to form.

“There is obviously always scope on the settings side to explore new directions to see if that might help him feel more natural in the short term as well,” said the German at the time.

“Our car needs a certain way of driving it in order to extract the performance that Lando can extract from it,” he added.

“It’s not natural for Daniel, and it’s obviously a problem and it takes time until you can recalibrate yourself to make it natural for yourself.

“But at the same time, it’s also the task of our side, the team side, to see what we can do on the car to change it to make it more natural for him, so that he can extract the performance that we are already used to it again with a clear objective obviously not to lose the overall basic performance.

“This is the process we are in right now.”

This is a point recognized by Ricciardo, although it remains realistic enough to understand that there is a limit to what the car will change this season.

“Obviously it’s a bit of a compromise at the moment and I’m trying to do what I can with what we have, and obviously learn there,” he said.

“But then [I] keep providing them with information to improve, say the overall package.

“It’s definitely a two-way street right now, but obviously the car isn’t going to change overnight, and there are things I’m working on there.”

Formula 1 is back this weekend with the British Grand Prix at Silverstone.

Miller-Uibo wins the 200m in Monaco