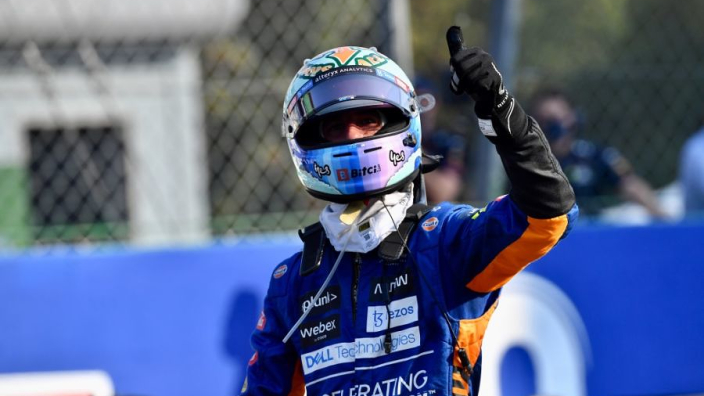 Daniel Ricciardo revealed he was “like a man possessed” before finally ending his drought of victories in the recent Italian Grand Prix.

The Australian driver closed the curtain on a 66-race winless race by leading a remarkable McLaren 1-2 at Monza as the team celebrated their first triumph in nine years.

Ricciardo, however, claimed he was a different driver this weekend, sparked by his own growing frustration at not proving himself after his high-profile stint at McLaren earlier this year.

“Everyone knows it’s been a tough year for me, possibly the toughest of my F1 career,” Ricciardo said in a Q&A on McLaren’s website.

“When I got to the Italian Grand Prix – and I know it’s easy to say now – but anyone who watched the weekend unfold will know, there was something about me that looked a bit like a possessed man.

“And I don’t always show it in interviews but, behind closed doors, I was as hungry as I have been for a very long time.

“I realized early on that the weekend was an opportunity. I was fed up with sucking all year round and I was like, ‘Yeah, let’s go!'”

Ricciardo says the win was “on par with the peak” of his previous Monaco success, especially given the lows he has endured this season with McLaren.

The 32-year-old has struggled with a car in which his teammate Lando Norris has thrived to such an extent that the Briton is battling for third place in the drivers ‘standings with Mercedes’ Valtteri Bottas.

Claiming “there were definitely times” when his motivation was low, Ricciardo added, “Because the results weren’t there, and I didn’t know why. Those days weren’t fun.

“I’m not racing just to be another driver and to be on TV. I run to win and be successful, and to be the guy that everyone loves, ‘Yeah, that’s the guy.’ When you’re away from it, it sucks and it’s not pleasant.

“This year there were more days that I wasn’t happy but I had those days in previous years and, maybe I’m one of the few to admit it, but I think it’s just a sport product were in.

“As a driver your win rate is probably lower than any other sport. In most team sports you probably win 50% of the time, if not more, but name a driver who has a 50% win rate in F1? Nobody.

“I don’t think anybody does and if they do, then it’s a unicorn.

“You come into this sport knowing that you’re going to have to put up with a lot of lows, but that’s what makes the highs even higher. And that’s what draws you back.”