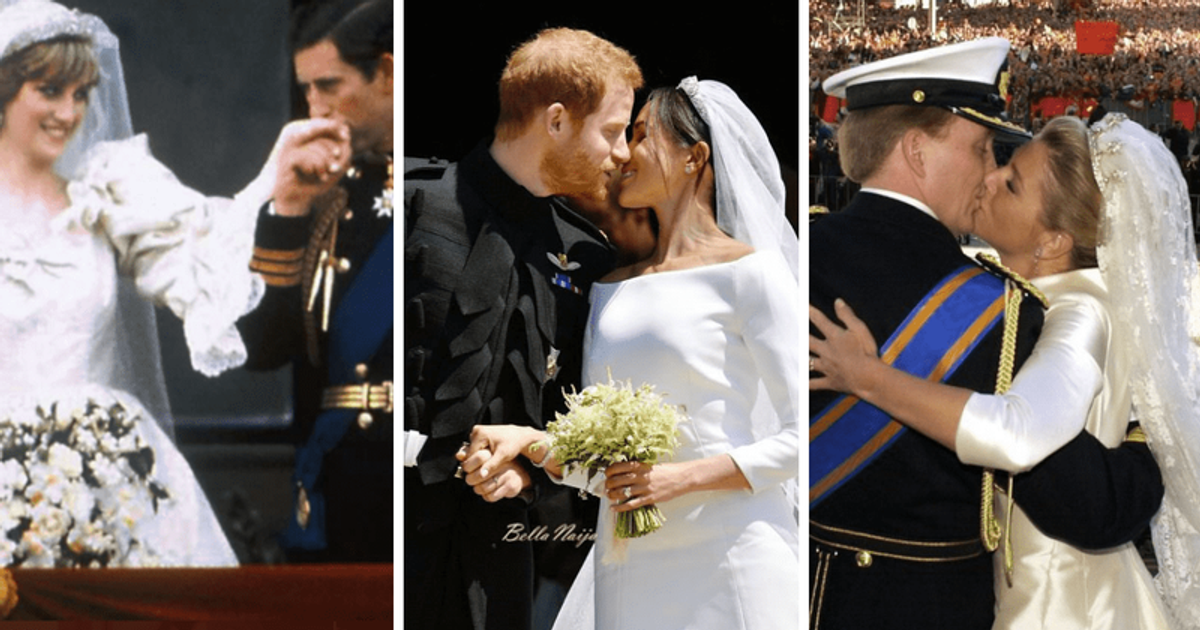 Romantic royal wedding kisses: From Harry-Meghan to William-Kate, here are the 10 most iconic

The Royals and their ceremonies have always fascinated people across the world. Whether it’s their crowning glory or the birth of their babies, no one wants to miss these moments. But other than that, besides, captivating to the common man, they are royal weddings. Everyone just wants to attend real fairytale weddings, where a prince and a princess swear to live together for the rest of their lives.

There is no doubt that the British royal family has always been the center of attraction for almost everyone in the world for centuries. But we cannot deny the popularity of other royal families who rule over many hearts. When it comes to royal weddings, the first thing that comes to mind is the wedding dress of the bride and groom, but the second most important and special thing that also turns fans on are wedding kisses.

From Meghan’s mighty walk down the aisle to the couple’s ‘smooch’, remember all the key moments of the royal wedding

The Royal Witch Hunt: royals around the world who had to give up the title for public scrutiny

Below is the list of some of the popular royal wedding kisses over the years:

The wedding of Prince Charles and Lady Diana was a dream. The two exchanged vows at St Paul’s Cathedral on July 29, 1981, and soon after, they made their way to the balcony of Buckingham Palace, where they kissed in front of the audience. The iconic romantic moment became a tradition that was also followed by their next generation.

Five years after Prince Charles married, his younger brother married Sarah Ferguson on July 23, 1986. At the time, the newlyweds also visited Buckingham Palace at Westminster Abbey and sealed their union. while kissing.

Prince William and Kate Middleton’s wedding in April 2011 was a big deal for many. The college sweethearts said ‘I want it’ on April 29 before heading out to the balcony of Buckingham Palace, where they kindly kissed. The loving couple didn’t just kiss once but twice as Her Majesty held a lunch for them after their wedding.

The Duke of Cambridge’s younger brother Prince Harry followed in his and his parents’ footsteps. After exchanging vows with the former actress, the Duke of Sussex immediately embraced his new bride on the steps outside St George’s Chapel as their fans cheered with joy.

A few months after Prince Harry and Meghan Markle’s star-studded wedding in 2018, their cousin Princess Eugenie married longtime partner Jack Brooksbank. Like the Sussexes, they also kissed on the west steps of St George’s Chapel.

Crown Prince Frederik and Crown Princess Mary were married in Copenhagen on May 14, 2004. The newlyweds then shared their first kiss on the balcony of Christian VII’s palace.

Shortly after their nuptials in Amsterdam on February 2, 2002, Prince Willem-Alexander and Queen Maxima of the Netherlands had their first kiss. The royal couple are now the proud parents of three teenage girls, Princess Catharina-Amalia, 17, Princess Alexia, 15, and Princess Ariane, 14.

Princess Anne’s daughter Zara said ‘yes’ to her husband, rugby union player Mike Tindall on July 30, 2011. They were married at Canongate Kirk in Edinburgh, after which they shared a kiss.

Crown Prince Haakon and Crown Princess Mette-Marit exchanged vows on August 25, 2001, at Oslo Cathedral. The couple then kissed before embarking on the journey of a lifetime together.

The marriage of Albert II, Prince of Monaco, and Charlene Wittstock occurred twice as they first accepted each other as husband and wife in a civil ceremony on July 1, 2011. A day later , they said “yes” in a religious ceremony, and after that, they shared a kiss.