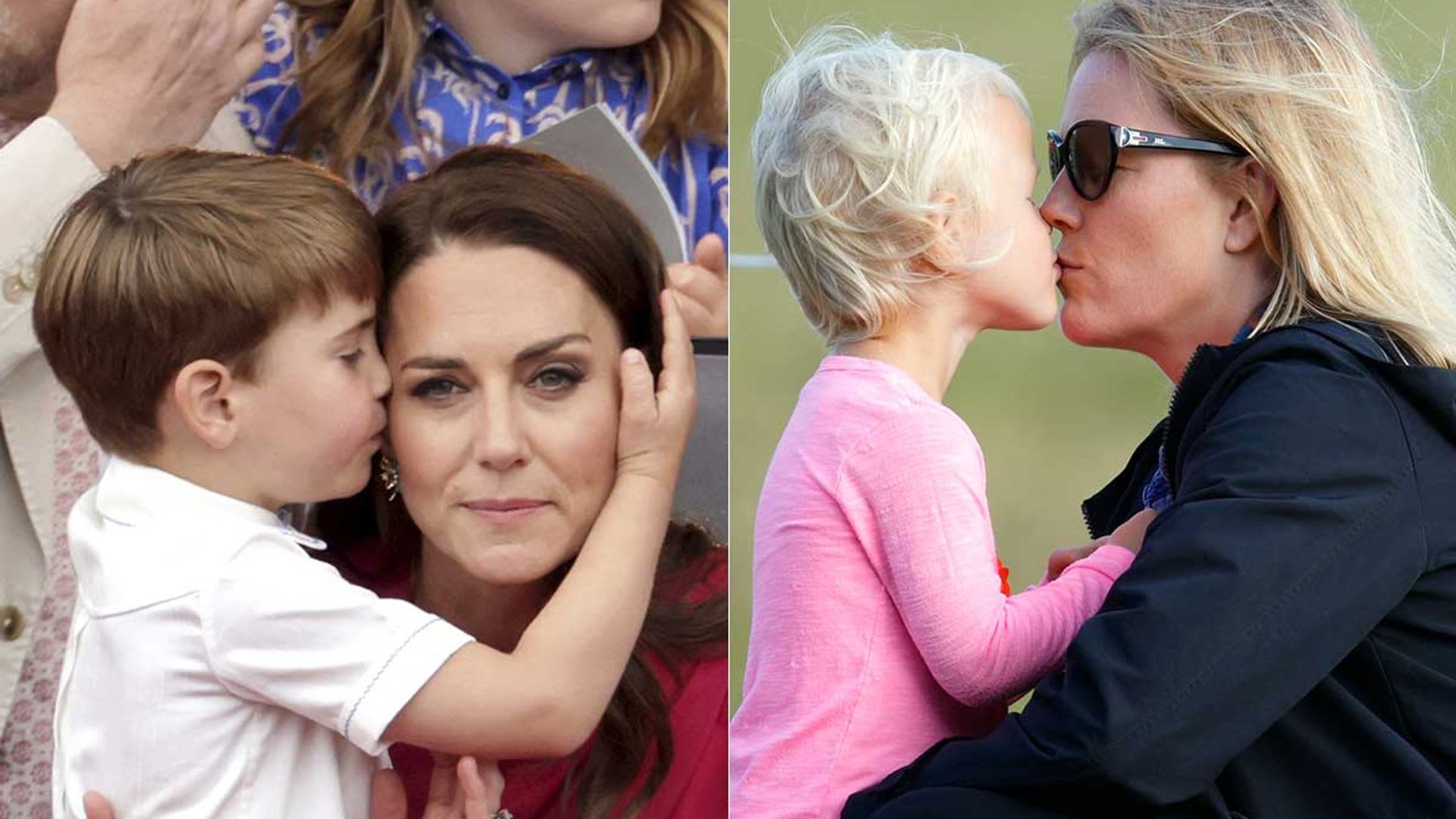 
Royal parents, including Prince William and Princess Kate, and Mike and Zara Tindall, are often pictured sharing a sweet public kiss with their children – see the best photos

Family time is very important to royal parents and the likes of the Duke and Duchess of Cambridgeand Mike and Zara Tindalare active when it comes to raising their children.

Young royals are often spotted with their parents at family events and official visits, and there have been incredibly sweet photos of the royal children showing affection for their mothers and fathers.

SEE: 12 times the royal family got angry in public

Take a look at the cutest photos of royal children hugging their parents.

Prince George kissed his father Prince WilliamThe Cambridges hand landed in Warsaw during their tour of Germany and Poland in 2017. The young royal looked a little nervous as they met officials.

The bond between George, Charlotte, Louis and their parents are clearly visible in the family photos they have shared over the years, including one of the children playing with their father in the gardens of Anmer Hall to mark William’s birthday in 2020.

Sarah, Duchess of York received kisses from his daughters Princess Beatrice and Princess Eugenie on a ski vacation in Klosters, Switzerland in 1994. Sarah is incredibly close to her children and often says how proud she is of Beatrice and Eugenie in interviews and social media posts.

MORE: All the photos that show Sarah Ferguson has the best mother-daughter bond with Princesses Beatrice and Eugenie

Mia Tindal planted a kiss on her mother Zara’s lips as they attended the Festival of British Eventing at Gatcombe Park. Zara and her husband Mike are the parents of Mia, Lena, eight and four, and baby Lucas, who turned one in 2022.

Autumn Phillips shares a sweet bond with her daughters, Savannah and Isla, and was pictured receiving a kiss from her youngest child, Isla, while attending the Whatley Manor International Horse Trials at Gatcombe Park in 2015.

Prince Albert of Monaco‘s wife, Princess Charlene, received a kiss from her son Jacques as the couple competed in the Riviera Water Bike Challenge in Monaco in 2018. We love their matching outfit!

SEE: When the royal family is wrong in public – 13 very relevant photos

READ: Before they were royals: The jobs they held before they married their prince or princess

Prince William looked over the moon to find his mother princess diana after breaking away from Ludgrove Preparatory Boarding School for the Christmas holidays. The young royal showered his mother with kisses and hugs as they watched the International Horse Show in 1990.

The Princess of Wales received a sweet kiss from her youngest child, Prince Louis, during the Queen’s Platinum Jubilee celebrations. During the mesmerizing show, the young royal was pictured showering Kate with kisses and hugs as she sat on her lap to watch the epic carnival procession.

The parade marked the close of the four-day celebration which honored the Queen’s remarkable 70 years on the throne.

Do you like this story? Sign up for The Royal Explainer newsletter to get your weekly dose of royal features and other exclusive content straight to your inbox.