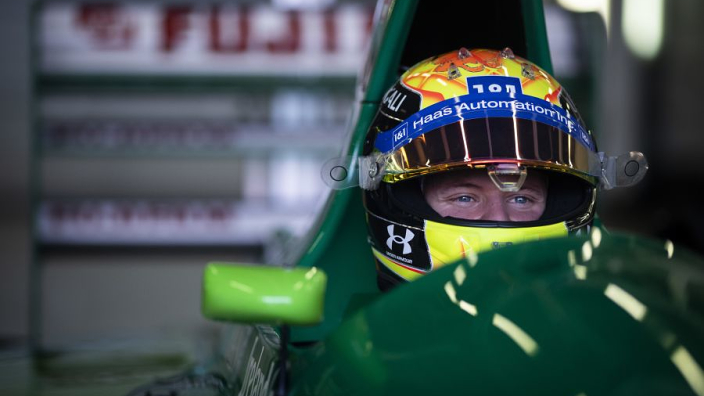 Schumacher, Montoya, Fittipaldi – In the footsteps of the family

Motorsport is a number of things: sport, entertainment, business and, for some, a family affair.

Over the years F1 has seen many sons and daughters of former Grand Prix racers hoping to add their heritage to the family name.

A prime example of family success can be found with Graham and Damon Hill.

Father Graham was one of the elite drivers of the 1960s, winning 14 Grand Prix victories and two world titles in 1962 and 1968 before his son Damon won the 1996 championship with Williams.

More recently, Mick Schumacher has followed in his father’s footsteps after competing in his first F1 season with the Haas team, 30 years after seven-time world champion Michael’s debut with Jordan.

Hoping to create a similar legacy for their own families, a handful of juniors with famous racing parents are hoping to rise through the ranks and become F1 greats.

The Fittipaldi family could be next to add to their legacy with Pietro set to replace Nikita Mazepin at Haas.

The Brazilian replaced Romain Grosjean in 2020 after the Frenchman’s horrific accident in Bahrain, but Fittipaldi could now have the opportunity for a full season of F1 racing.

Further down the ladder, Enzo Fittipaldi moved into F2 in mid-2021 with help from the Ferrari Driver Academy.

After strong performances including his first points in the second sprint race in Jeddah, the cross-country race saw Enzo involved in a violent incident at the start line with Théo Pourchaire, sending the 20-year-old to hospital in a premature end to his season.

Enzo has since made a full recovery and will enter a full-time F2 campaign in 2022 with Charouz.

The youngest of the Fittipaldi family, Emerson Jr, raced his first car season in 2021 with the support of the Sauber Academy, tackling the highly competitive Danish F4 championship.

The Fittipaldi name certainly has the potential to be a mainstay in F1 for many years to come.

A recent addition to the F3 paddockEnzo Trulli brings the Italian family back to the paddock 11 years after father Jarno completed his final F1 season for Team Lotus in 2011.

A master of qualifying, Trulli Sr had immense one-lap pace that earned him his one and only Grand Prix victory on the streets of Monaco in 2004.

With his son Enzo creating waves by winning the UAE Formula 4 Championship in his first motor racing season, the 16-year-old will no doubt be one to watch when he lines up for Carlin in Bahrain.

While his stint at the pinnacle of motorsport lasted just five and a half seasons, Juan Pablo Montoya became a fan favorite in F1 and IndyCar with his bold and aggressive driving.

His legacy is set to grow through his son Sebastian.

The 16-year-old made his racing debut in 2021, scoring podiums in ADAC F4 and Italian F4 before moving up to the FR Asian Championship this year.

Montoya Jr impressed in the first half of the season with two wins from nine races but chose to retire in order to retain his rookie status for the FR European Championship.

The Colombian is in good stead as far as his team is concerned with the possibility of lining up at the FR 2022 European Championship with Prema, the team that helped guide the careers of Pierre Gasly, Charles Leclerc and Oscar Piastri, to to name just a few.

While Hideki Noda had a relatively quiet F1 career with just three Grand Prix starts to his name, his daughter Juju made waves through the junior ranks after winning her first Danish F4 race en route to sixth in the ranking 2020.

2021 saw Juju pick up two more wins to bring more attention to herself, which recently landed her a test run with the all-female W Series.

If she impresses in the test, chances are she will end up on the F1 support bill already this season.

Those who ran away

Having a famous surname does not always guarantee entry into F1, as a number of young drivers have discovered over the years.

After dominating Formula 3 in Brazil in 2014 and 2015, Pedro moved to Europe and worked his way up to F2 before ending his F1 dream in 2020 for financial reasons.

Thinking back to the aforementioned Hill family, there was a possibility of a third generation reaching F1 as Josh Hill, son of Damon, climbed as high as European Formula 3 before choosing to pursue a music career.

Ukraine: The Monegasque Red Cross responds to the Movement’s appeal for donations – Lebanon