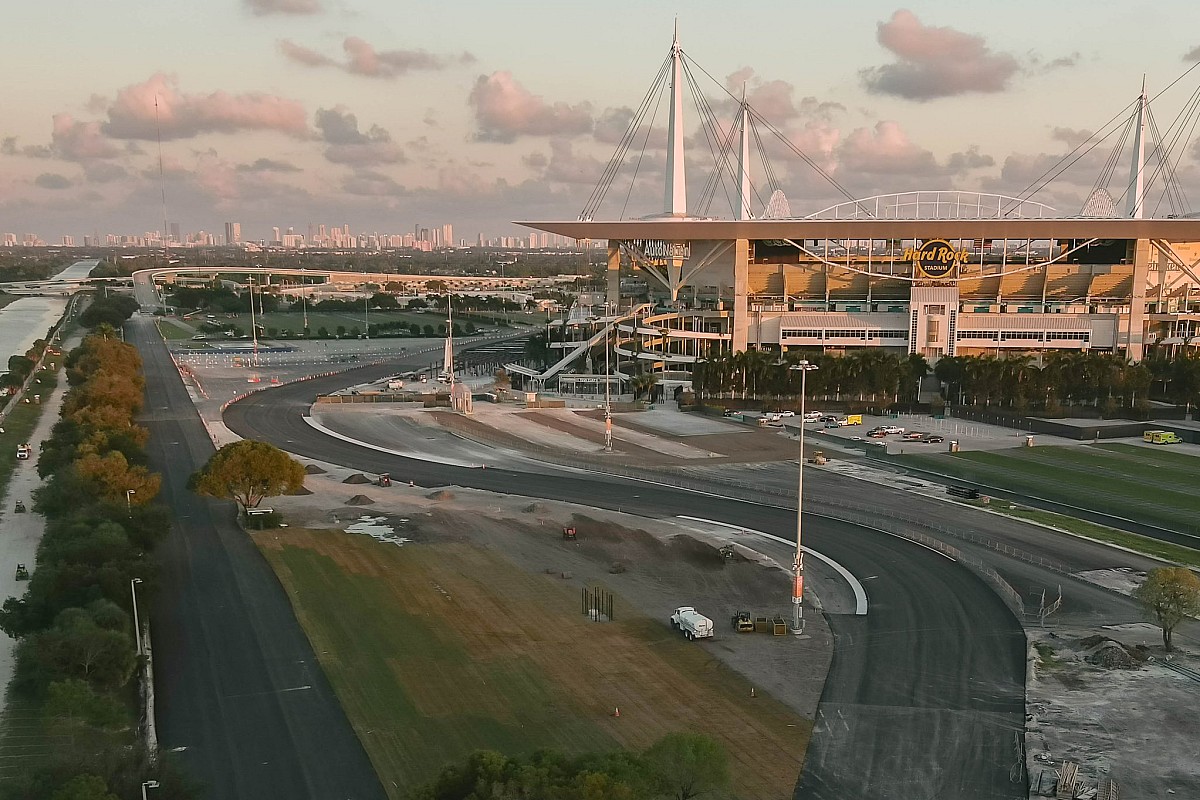 The 1988 CART champion, who scored his only F1 points in the 1983 Monaco Grand Prix, plans to visit the track imminently, which has completed its final leg of a ‘finishing party’ for his Pit and Paddock building last week.

Sullivan spoke to Motorsport.com at a reception in Miami’s Design District that featured the North American debut of the ARES S1 supercar and an art exhibit by former Garvin Brown Racing Formula Atlantic teammate Hubert Phillips.

“I’ve been there twice, when it was pretty basic, but I’m going to drive it next week when it’s ready,” Sullivan said. “What I’m told is that they did a very good job on the track. On paper it looks like a great layout.

The 3.36-mile, 19-turn track at Hard Rock Stadium in Miami Gardens was due to have its third and final coat of asphalt completed over the weekend, putting it well on schedule for the race date of the May 8.

Sullivan believes the event will also benefit from being located close to a major stadium complex, without having the drawbacks of a ‘roval’, should the organizers choose to take this route, such as using the Homestead-Miami Speedway road course south of town, or the downtown street meetup that was originally envisioned.

“I like what they have there,” Sullivan said of the circuit design that winds around the home of the Miami Dolphins’ NFL team. “I’ve never liked ‘roval’ type tracks, other than Daytona, because it’s always a compromise.

“But what you have around the stadiums is infrastructure and that helps a lot. Getting people in and out is a big factor, and it’s in a great location near the end of the turnpike.

“When you think back to all the politics, I think that’s a great solution because they were never going to get a downtown street race approved. It’s so difficult these days with the noise and complaining locals – even though it’s May when it’s pretty quiet in Miami.

Sullivan also believes that the huge increase in America’s interest in F1, which drew 400,000 people to the United States Grand Prix at COTA last year and led to ticket sales for the first Miami event, is due to the “Netflix effect” of its Drive to survive series.

“Give credit where credit is due, growth in America is all due to Drive to survive, and Sean Bratches was the mastermind of it,” he said. “They [F1] paid for it, Netflix didn’t, and it influenced America because of the quality of its work.