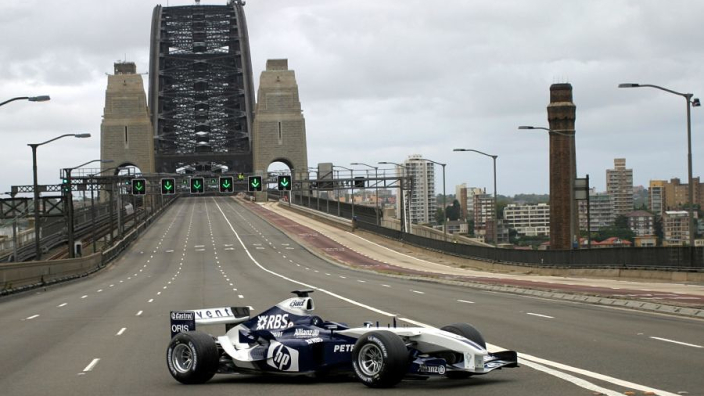 The New South Wales capital Sydney is considering a bid to win the Australian Grand Prix in Melbourne with a Monegasque-style street layout.

The first official Formula 1 Australian GP was first staged in 1985 in Adelaide, where it remained until 1996 when the event moved to Melbourne.

Australian Grand Prix Corporation CEO Andrew Westacott recently conceded that hosting the Melbourne event in 2022 was ‘make or break’ for its future. and Seven News revealing “high-level talks” over a Sydney switch have begun.

Although the iconic Sydney Harbor Bridge could not be part of the track for safety reasons, the track would wrap around the harbor itself.

If a formal offer were made, it would be Sydney’s third attempt to lure F1 away from Melbourne with talks in 2010 and 2015.

“We are committed to hosting the race with F1 and the Victorian government on April 10 next year,” Westacott told the Sydney Morning Herald.

NSW is considering a bold bid to steal the @ F1 Melbourne Grand Prix. 7NEWS can reveal that high-level talks are underway to potentially bring the Australian version of the famous Monaco race to our streets. https://t.co/OF81oZFF1j # F1 # 7NEWS pic.twitter.com/2xvUYZJCDF

“We are happening next year and it will continue to happen. Our mission is to look beyond 2025.

Albert Park’s current layout has undergone a number of changes since it was last used in 2019, with a focus on improving cars’ ability to follow and pass.

A spokesperson for the circuit previously told GPFans Global: “The Bend can be upgraded to meet FIA Grade 1 requirements fairly quickly, because we intentionally built the circuit with that in mind.”

Grace Kelly almost lost being a princess for this star