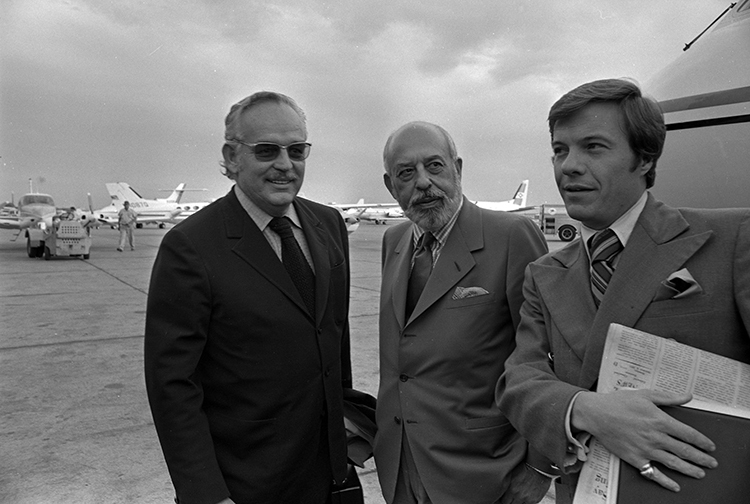 Tales from the Dallas History Archive: When Royalty Came to North Texas

Brandon Murray, librarian and archivist in the History and Archives Division of the Dallas Public Library, writes about North Texas history for Magazine d. See more from this series here.

On September 8, Queen Elizabeth II of the United Kingdom died at the age of 96. His reign of 70 years and 214 days was the longest of any British monarch. As the world honored his passing and the beginning of the reign of his son, King Charles III, I dug into the archives of the Dallas Public Library and discovered that Texas, and Dallas for that matter, n was no stranger to the House of Windsor. and other royal lines.

Royals who have visited Dallas in recent decades include King Charles III, when he held the title of Prince of Wales, and other members of the British Royal Family and Prince Rainier of Monaco.

The attached gallery of images depicts the royalty that have come to Dallas, as seen through the Dallas History and Archives Division’s photography collections. The royal titles of those depicted in these photographs correspond to the titles held when the photograph was taken.

The Dallas Public Library has many other images related to life in Dallas over the years. You can find out more by consulting the library’s online catalog. Go to “Advanced” and use the “Limit by” option to select “Digital Archives”, then enter your subject.

Contact the Dallas History and Archives Division at the Dallas Public Library at (214) 670-1435 or email [email protected] with questions about the many fascinating photographic resources available.

The most important Dallas news stories of the week, delivered to your inbox every Sunday.

Brandon Murray is a librarian and archivist in the History and Archives Division of the Dallas Public Library. He writes about…

Sainz feels ‘homecoming’ in the wet