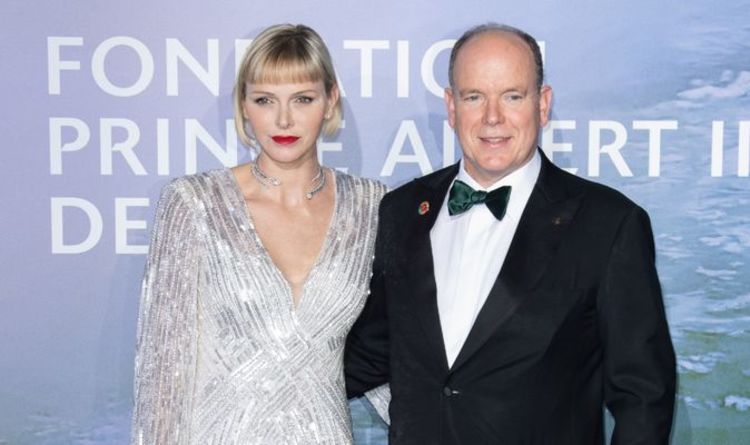 On Wednesday, the young royals, both aged six, planted a South African tree in a ceremony marking the centenary of Soroptomist International, which works to improve the well-being of women. Charlene spent most of 2021 in her native South Africa undergoing medical treatment for an ear-nose-throat infection.

The tree planting comes after the royal twins held up heartfelt placards on Monaco’s National Day, emblazoned with ‘We miss you, Mom’.

Reunited on November 8, the princess posted on Instagram a heartwarming photo of the royals kissing each other, captioned: â€œHave a nice day today. Thank you all for keeping me strong.

Princess Charlene, who has just returned to Monaco after months of operations, is now being treated in an establishment outside Monaco, her husband has confirmed.

Speaking to PEOPLE, Prince Albert of Monaco described how he “sat down [Charlene] with his brothers and a sister-in-law.

“She had already made up her mind, and we just wanted her to confirm it in front of us.

â€œShe wanted this. She already knew that the best thing to do was to get some rest and get real medical treatment.

“And not in Monaco.

“She could only absorb liquids with a straw, so she lost almost half of her body weight.”

Prince Albert has confirmed that the princess is now facing “exhaustion, both emotional and physical”.

In an interview with People, Albert opened up about his recovery, noting that the princess suffered from “incredible fatigue”, and he also confirmed that her diet had suffered during her recovery.

He said: â€œObviously there have been consequences from her various surgeries and procedures that she has undergone over the past few months.

â€œIt was definitely a factor, but at this point I’d rather not comment further.

â€œI can say that she was suffering from incredible fatigue. She hadn’t slept well for several days and was not eating well at all.

â€œShe has lost a lot of weight, which makes her vulnerable to other potential illnesses. A cold or the flu or God help us, Covid. “