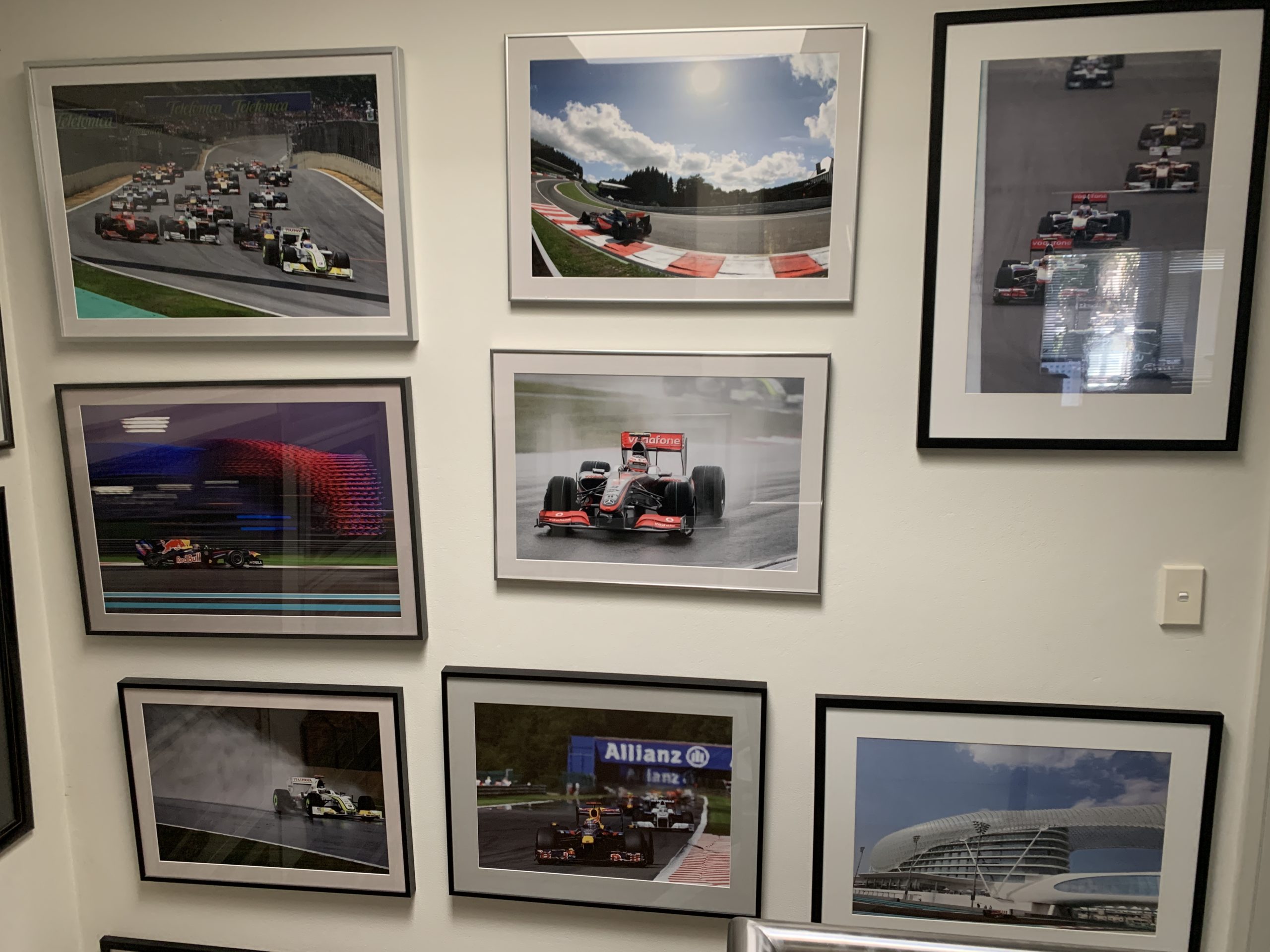 A selection of images from the Mingay collection for sale

From champion Niki Lauda’s Ferrari 312 to action shots across Eau Rouge, David Mingay’s collection of Formula 1 images has a bit of it all.

A lifelong enthusiast of single-seater racing, he has spent the last 20 years collecting a selection of images to decorate his wall.

Now it’s time for a change, and the entire collection is on sale.

“I don’t tend to hang on to too much all this time and dwell on the past,” he explained.

“I think they’ve been here long enough, and it’s just time for a change.”

After watching Jim Clark, Jackie Stewart, Graham Hill, Jack Brabham and a host of other luminaries compete in the Tasman series in the 1960s, Mingay’s passion was sparked.

During the 1970s he traveled abroad, enjoying key events and experiences that money could no longer buy. He also ran himself for a while.

He watched the 1975 Monaco Grand Prix from the hotel room of a young Formula 3 driver with whom he befriended and has attended many events since, including the Grand Prix d’Abou Dhabi 2010.

Photos in his collection represent much of this period, with over 20 images ranging from Lauda driving his 312 to Carlos Pace in a Brabham, and more contemporary shots by Michael Schumacher and Mark Webber.

“They all have to be, in my opinion, great shots,” Mingay said of his selection criteria.

“There are a few Eau Rouge at Spa, very different eras, I can see it because of the types of cars, but it’s such a brilliant corner that it had to be part of it.

“There’s a Mark Webber shot, I’m a huge fan of him so he has to be there.

“I particularly like the Ferrari 12 flat-12, the 312 in which Niki is. It looks a lot like entering the Parabolica de Monza.

“Biggest of the lot is Senna in the Lotus sponsored by Camel; which would be almost a meter and a half long and about 80 centimeters high.

“Then there’s this portrait center, which would be roughly the same size, but it’s portrait rather than landscape.

“Some of them are really quite big, but the average size is probably around three by three inches.”

The images offer a time capsule in sports and a ready-made gallery detailing some of the key cars and drivers of the past 40 years.

For Mingay they were an extension of a passion that started at Warwick Farm in the 1960s and while his love for Formula 1 hasn’t waned, it’s time someone else took advantage of footage like he’s been doing it for the last decade.

CLICK HERE to view the car on Speedcafe.com Classifieds.