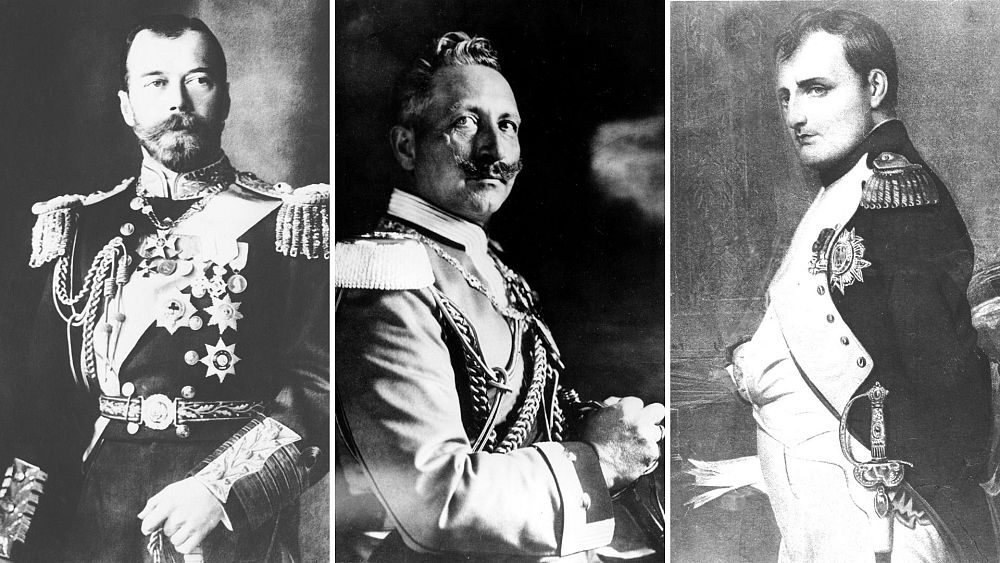 The Kings Who Never Were: The Living Heirs of Europe’s Abolished Monarchies

The death of Queen Elizabeth II ended one of the world’s longest apprenticeships and saw Charles III ascend to the British throne. To many outside the country, the focus on the succession of its constitutional monarchy may seem alien. During the 19th and 20th centuries, most European countries took steps to abolish their permanent monarchies.

Only 12 nations in Europe maintain some form of monarchy to this day. These are Andorra, Belgium, Denmark, Liechtenstein, Luxembourg, Monaco, the Netherlands, Norway, Spain, Sweden, the Vatican and the United Kingdom .

In all countries where monarchies have been abolished, there are still descendants of the last monarchs.

These people live their lives knowing that if the hand of history dealt them different cards, they would be in a position similar to that of the newly anointed. King Charles III United Kingdom.

This is a list of European monarchs who have never been.

Also, fun fact, almost all of these would-be regents are related to the UK royal family if you go back far enough.

The last king of Albania was also the second king to some extent. While the medieval Kingdom of Albania had monarchs, by the 20th century this had long been dissolved.

In the last century, there have been two times that Albania has had a king. The first was just before the First World War after the independence of Albania in 1912 which lasted until 1924.

The second time was when President Zog established himself as king in 1928, which lasted until the invasion of Italy in 1939.

Today, Zog’s grandson, Leka II, is the last heir to the throne. He worked as a diplomat and political adviser to the president.

The dismantling of the Austro-Hungarian Empire in 1918 was a direct result of its loss in World War I.

After the assassination of Franz Ferdinand in 1914, Karl I became heir to the throne and assumed it in 1916. His grandson, Karl von Habsburg is alive today and the Empire’s natural heir past.

Karl was MEP for Austria and hosted an Austrian TV show called “Who is Who”.

Bulgaria held a referendum to abolish its monarchy in 1946 with 95.6% of people voting in favour. At the time, the reigning Tsar Simeon II was forced to leave the country.

Amazingly, Simeon II is still alive, making him one of two people on this list who were the reigning monarch themselves. Simeon II was only six years old when he succeeded his father in 1943. Along with the Dalai Lama, they were the only living heads of state from the Second World War.

It’s not a bad career for Simeon II, who returned to Bulgaria, became a politician and served as the country’s prime minister between 2001 and 2005.

So here’s a little complicated. There are four different people who claim to be the heir to the throne of France. This is largely because the process of getting rid of the royal family in France was one of the most complicated.

The first to claim is Louis Alphonse de Bourbon or Louis XX. He is the direct heir to the throne of Louis XIV who died in 1715.

The problem is that Louis XX is related to Louis XIV through his son Philippe V who renounced his right to the throne of France and became king of Spain. Which makes Louis XX also a potential heir to the Spanish throne. But it’s complicated because his grandfather Infante Jaime renounced his right.

Louis XX is not the only heir because after the French Revolution of 1830, Charles X is deposed and replaced by Louis Philippe, Duke of Orléans, his cousin. This began the short-lived monarchy of the House of Orleans, whose eldest heir was John, Count of Paris, or John IV.

But that’s not all. The House of Orléans was then overthrown 18 years later in the French Revolution of 1848. Louis-Napoléon Bonaparte, Napoleon’s nephew, succeeded Orléans. Napoleon was emperor before the two previous revolutions and he also has heirs.

Napoleon’s oldest living heir is Charles Napoleon, a French politician. But even he is not clearly the heir presumptive, since his father stipulated in his will that he wanted his grandson to succeed him at the head of the Napoleon household. This makes Jean-Christophe Napoléon this true heir. Whore. It makes The Crown look like a picnic.

Breathe a sigh of relief. Georgia has only two potential heirs to the throne. Georgia lost its monarchy when it became part of the Russian Empire in 1801.

Nugzar Bagration-Gruzinsky is the living descendant of George XII, the last king of Georgia who died in 1800. David Bagration of Mukhrani, on the other hand, is a descendant of the Bagrationi family, which has ties to an older strain of the monarchy. Georgian.

All differences between these two potential heirs to the Georgian throne were put aside when David married Nugzar’s daughter, combining the family lines.

Germany is therefore a bit complex because before 1918, it had several kingdoms that existed within its empire such as Bavaria and Prussia. But to put it simply, we will only be interested in the pretender to the German Empire.

The last German Emperor was Wilhelm II who ruled until 1918 when a revolution after World War I transformed the region into the Parliamentary Weimar Republic.

William II’s great-great-grandson is Georg Friedrich Ferdinand. He is also the fourth great-grandson of Queen Victoria of the United Kingdom. Compared to most of the other suitors, he has kept a lower profile and is enjoying life in his family’s remaining palaces.

Greece held a referendum in 1973 to abolish its monarch after a period of turmoil, making it the last European country to abandon theirs.

The reigning monarch at the time was Constantine II and he is still alive and active. He lived in exile before returning to Greece for the 2004 Olympics and now lives in the country.

Italy was not a unified country until 1861. From then until 1946, the country was ruled by the House of Savoy. The Italian monarchy was abolished after World War II, partly thanks to the king’s support for dictator Benito Mussolini.

Nowadays, Vittorio Emanuele is one of the pretenders to the throne as the last king, son of Umberto II. But, disputing this, it is his third cousin Aimone, who is the great-great-great-grandson of King Emanuele II, who reigned from 1861 to 1878.

Vittorio was exiled from Italy for most of his life until his return in 2002. He was the subject of much controversy, declaring himself king in 1969, charged with murder in 1978 and imprisoned in 2006 for corruption .

Lithuania and Poland were united into a single Commonwealth in 1569, which ended its status as individual nations and its monarchy for a time.

During World War I, Wilhelm Karl, Duke of Urach who had at different times seemed eligible to claim the throne of Monaco and Albania, was finally appointed King of the newly independent Lithuania in June 1918.

This did not last long and he was deposed five months later after Germany surrendered in the war. Yet his living heir Inigo is technically in contention for that brief throne, despite only visiting the country for the first time in 2009, when he was 47.

Montenegro lost its monarchy with the creation of Yugoslavia at the end of World War I in 1918.

Nicholas is the living heir of the first and last king, Nicholas I of Montenegro. Until Nicholas I, the kingship of Montenegro was a spiritual role and meant that the rulers were also bishops. These prince-bishops were called vladikas and were celibate. Nicholas I and his father changed that and he became the sole king of the land.

The Portuguese overthrew their monarchy in 1910. The last king was Manuel II who had no children. This meant that the official line to the throne came from the family tree of King Miguel I, whose living relative Duarte Pio is a politician who defends, among other things, monarchies.

King Michael I of Romania became the last king when the country formed a communist government in 1947.

Michael I’s eldest daughter is Margareta, who is one of the claimants to the throne. His father even nominated him, although this is not an act recognized by the Romanian government.

However, Paul Philippe claims that he is the legitimate heir. He claims that Michael I should not have been king because his father – King Carol II – had a child before him with a previous wife. This child is the father of Paul Phillippe. Even though he recognizes the republic, Paul Philippe got so angry about it that he sued the country to have his father recognized as the son of Carol II.

To complicate matters further, due to succession rules in 1937 under Carol II, technically Karl Friedrich is the heir to the throne. Although he claims to have no interest in the title.

One of the big ones. The Romanov Tsars of Russia met an unfortunate end. The February Revolution of 1917 saw the family abdicate power before being executed, probably on Lenin’s orders, in 1918.

So many members of the Romanov family were executed as part of the Russian Revolution, there was confusion for some time as to who the real technical successor was. Most notable was Anna Anderson, who claimed to be Anastasia, the last daughter of Tsar Nicholas II.

Instead, it is generally accepted that Maria Vladimirovna or Karl Emichof, the great-great-granddaughter and great-great-grandson respectively, of Emperor Alexander II are the likely heirs. Alternatively, the son of Nicholas II’s great-nephew, Alexis Andreievich, could also have a claim. The three pretenders to the throne have spent much of their time fighting over whether they want recognition or not.

In 1945 King Peter II was deposed as King of Yugoslavia and the Socialist Federal Republic of Yugoslavia was established. His son, Alexander, grew up in the UK and, you guessed it, believes in restoring the monarchy.