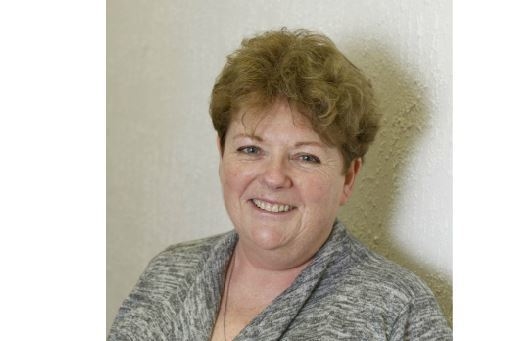 The League of Gentlemen, a surreal horror sitcom that aired on the BBC at the turn of the century, was not to everyone’s taste.

Set in the grim fictional northern town of Royston Vasey, it followed the bizarre lives of a motley collection of characters and starred Mark Gatiss, Steve Pemberton and Reece Shearsmith.

The village store was run by a brother and sister, Edward and Tubbs, who fiercely protected their wares from strangers.

Any stranger who crossed the threshold was greeted with suspicion and the question, “Are you from the area?” If the answer was negative, Tubbs would declare “Not local!” as if it were a cardinal sin.

When council engineers arrived to inform the siblings of a new road to connect Royston Vasey to the outside world, the siblings were apoplectic.

“Look here, we don’t need a new road, this is a community,” Edward exploded. “We don’t care about the outside world and we don’t want it to bother us.”

Royston Vasey took nimbyism to the extreme. A somewhat similar attitude was evident in the reaction to the rezoning of land for affordable housing in the Bridging Island plan.

And no place more so than Grouville – despite the fact that most of the land proposed for housing was non-starters and, regardless of opposition from the parish, would not have met the planning conditions for the development.

I hold my hand to be a nimby in the past, but, lately, when new developments promise community gain, remove an eyesore, or allow young islanders to step onto the property ladder, I’ve was happy to lend my support.

Jersey is experiencing a severe housing crisis caused by the lack of population control and government policies which are fueling an overvalued property market.

Consequently, local people are faced with the difficult choice of whether to stay or seek a new life elsewhere. It should be the responsibility of all parishes to provide locations for affordable first-time buyers and social rental housing in each new island plan, to meet demand. And it is to be expected that the rural and less populated parishes will take the surplus from the urban parishes.

It should have been sacrosanct in the very first plan for the island in 1987 and in every revision since, with the government taking shared ownership or investing public funds to ensure affordable housing was provided to local people. And the money is expected to be raised by levying a head tax on the mega-rich, who gained residency through a tax avoidance policy that turns Jersey into Monaco.

Parishes like St Savior, St Clement, St Helier and St Brelade have taken more than their share, while St Ouen and St Peter have adopted successful parish village developments in the 1970s and 80s which have kept young families in their own communities.

But others, like Grouville, since the expansion of the village of Gorey in the 1970s, have not taken their fair share.

Unfortunately, I have been part of the opposition that has raised its head at the prospect of affordable housing in the past. However, it has been less noisy or completely inaudible for small-scale “high-end” developments, large homes or millionaire mansions.

Those who live in houses in the countryside or in picturesque places have no moral right to deny the same to others. If parish communities are to survive, affordable housing – both freehold and rental – must be built.

Hold back the tide

It seems it’s not just the green fields that the bourgeois of Grouville want to keep free of affordable housing – they aren’t too keen on the idea of ​​the public using the sands along a section of the coastline, either. parish.

Attention, it is the same in St Clément where the development of the ribbon since the 1930s has gradually deprived the public of access to the beaches. The situation has recently worsened in the area from Seymour to the Royal Jersey golf course as private roads – which homeowners have been happy to use for decades – have been closed or signs erected warning them.

The section from the hold of Hurel to the connections includes a promenade along a strip of land reserved for the public when the area between the road and the beach was parceled out and sold for development.

It is preceded by an eclectic set of beachfront properties with further development behind, and in some very dense parts, on what were once wide open dunes.

Access to this lovely elevated promenade and mostly deserted sands is increasingly denied and supposedly trampled on rights of way.

That’s why I say kudos to my fellow JEP columnist Ben Shenton, who opposes the Royston Vasey tendencies of the eastern parish. Ben is a lucky man, he has a pretty house at the end of a road starting from the Grande Route des Sablons overlooking the immensity of the Royal Bay of Grouville. And he wants to share his good fortune, so he’s put up a sign that’s hard to miss.

Bold black lettering on a bright yellow background reads: ‘Private Way. Public use at their own risk. Unlike other grumpy landlords, we understand your need for access to your beach. Stay safe. Enjoy your day.’

And enjoy yours, Ben. If only the lucky ones were like you.

Monte-Carlo Masters: Zverev and Rublev reach the third round in Monaco