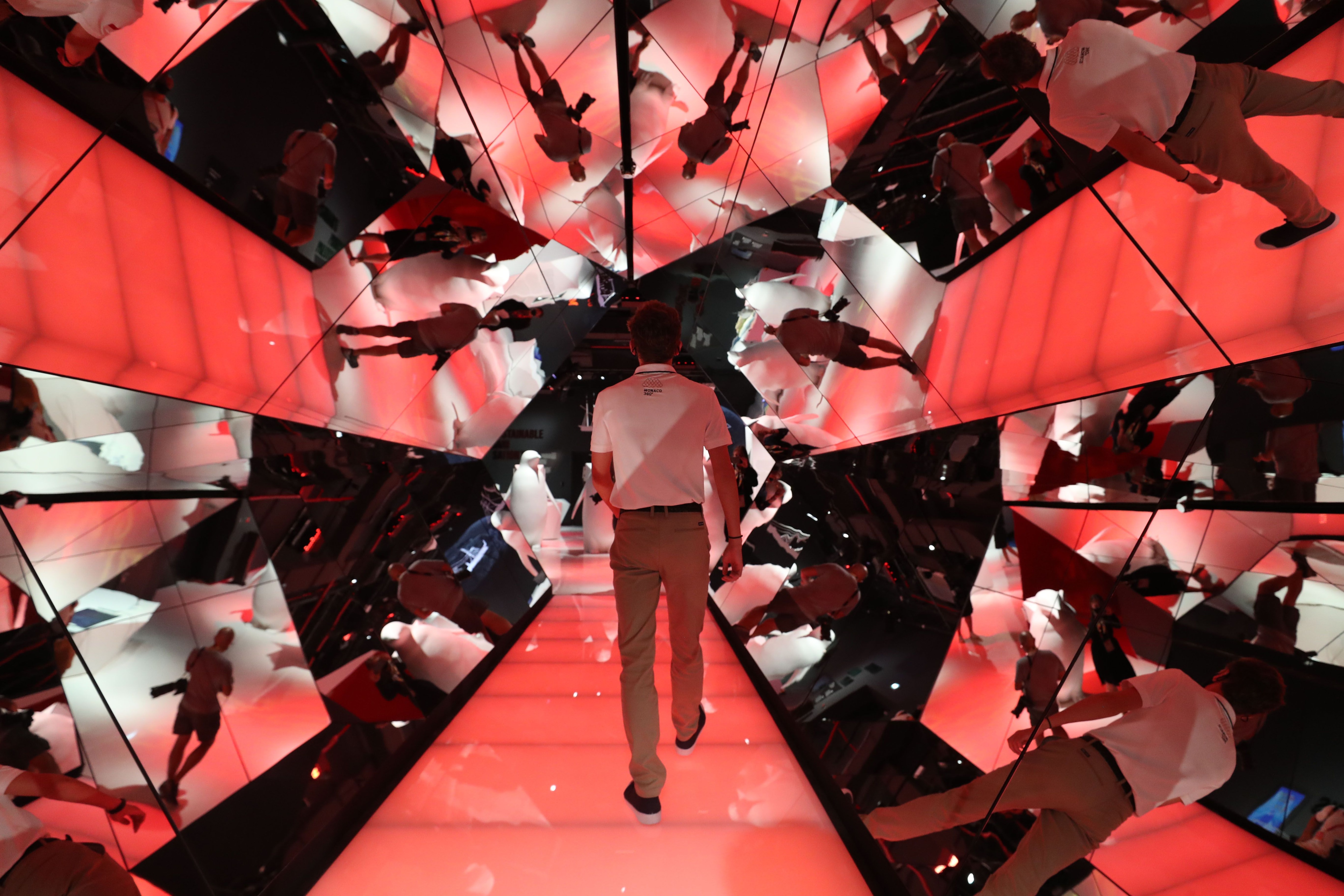 Monaco, the second smallest nation in the world, hopes to put on a massive show at Expo 2020 Dubai with its raw diamond-shaped pavilion.

The sovereign city-state of the French Riviera is known as a â€œbillionaire’s playgroundâ€, with huge casinos, lavish events and the Monaco Grand Prix.

Besides the glamor, the small nation has a rich history and a sophisticated arts and culture scene, which visitors will experience when they step through the gates.

Located in the Opportunities district, the theme of the pavilion is â€œMonaco 360 Â°, a world of opportunitiesâ€.

The National got a first glimpse of the interior of the pavilion on Saturday, before the inauguration of the Universal Exhibition on October 1.

Visitors are greeted in a hallway covered in mirrors that act like a kaleidoscope, then transported to the â€œArcticâ€ with huge penguin statues illustrating the nation’s commitment to tackle climate change.

The pavilion also aims to showcase the European culture of the micro-nation, as well as its residential communities as the country’s population grows from its current 38,964 inhabitants.

The rock of Monaco

Robert Mueller, the pavilion’s creative director, said the building’s polygonal architecture was inspired by the shape of a rough diamond and the Rock of Monaco – a 62-meter-high monolith on the Mediterranean coast.

â€œWe had wondered what made a small country so strong,â€ he said.

“What material is really solid? It must be a diamond. It is one of the hardest materials on Earth. We liked the idea and found that a rough diamond has a very interesting shape,” he said. he declared.

“It’s also like the Rocher de Monaco, which is the rock where the Prince’s Palace rests.”

The Prince’s Palace is the official residence of the Sovereign Prince of Monaco, but it has a dramatic history dating back to 1191 when it was often bombarded by enemies.

The ancient rock overlooks the port of Monte-Carlo and the Mediterranean Sea, and is covered with medieval alleys and monuments that make up the old town of Monaco.

Further in the pavilion, an interactive exhibition highlights Monaco’s artistic and cultural scene.

â€œThe Principality of Monaco is the cradle of many world-renowned artistic creations,â€ said one of the exhibitions.

â€œThe Ballets de Monte-Carlo, conducted by Jean-Christophe Mallot with the Philharmonic Orchestra, and others, contribute to these riches and make Monaco a light on the world stage.

â€œMuseums, theaters and concert halls complete this artistic and cultural offer in perpetual evolution and open to the rest of the world.

A giant wheel topped by a television screen can turn, changing “channel” each time to show the many artists of Monaco.

A highlight of the pavilion is just before the exit, where a room covered with large mirrors in random order gives the optical illusion of being inside a crystal.

Called the Kaleidoscope Show, the device was designed to tell the history and culture of Monaco to visitors through projections that are reflected on the mirrors.

â€œI came up with the idea for a kaleidoscope because it’s so fascinating,â€ Mr. Mueller said.

â€œWe tried it with a small model and we had 1,000 reflections. We thought this would bring the pavilion’s 360 degree motto to life.

The Emirates pavilion at Expo 2020 Dubai is open for reservations. All photos: Emirates