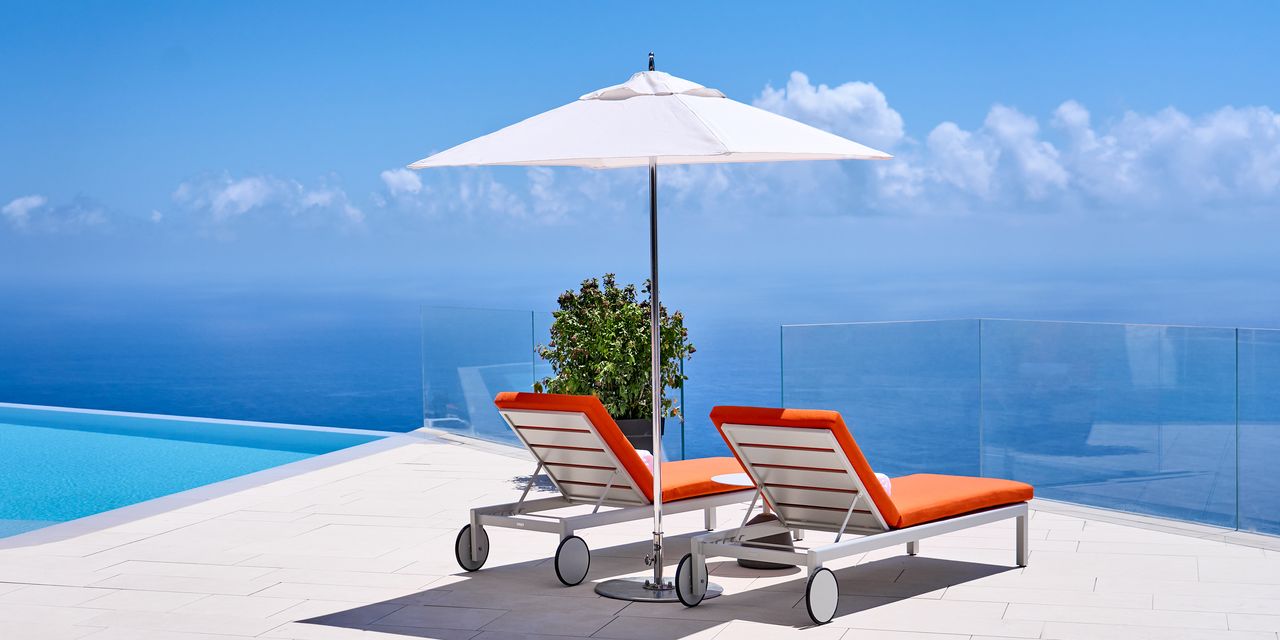 The most spectacular new swimming pool in the Mediterranean

Every room at the Maybourne Riviera, launched next month, offers views of the Mediterranean. The complex and its cantilevered infinity pool – balanced on slender columns pierced at the edge of a cliff – rise from the rocks a thousand feet above the Mediterranean, perched on a promontory near the French border with Italy, between Monaco and Menton. Its 46 rooms and 23 suites are all designed to maximize the views. “We were very successful in creating something extreme,” says hotelier Paddy McKillen.

This new addition to the luxury hospitality landscape on the French Riviera is the first new hotel built from the ground up for The Maybourne Hotel Group, the hotel company co-owned by McKillen, an Irishman whose other properties include Claridge’s in London and contemporary art – filled with Château La Coste in Provence.

While the past year has been tumultuous for leading hotels and resorts in Europe, many have taken advantage of the pandemic downturn to push through upgrades and expansions. Claridge nearly doubled in size, completing a five-year project that added five underground floors and two to its roof. Its neighboring brother, the Berkeley, has upgraded the rooms in its Townhouse wing. “Believe it or not, this year has given us the opportunity to step up a bit, do some of the big work,” McKillen said.

He was also able to accelerate progress on his new Mediterranean resort, completing construction on the Maybourne Riviera more than a year ahead of the original schedule, he says. The Maybourne Hotel Group, whose partners include the Qatari royal family, has razed a faded icon, the former Vista Palace, once run by German industrialist Max Grundig and closed for more than a decade. “Because the old hotel had existed since the 1930s, [the owners of the site] had the right to build, ”says McKillen. “Without it, we would never have gotten permission to this historic coastline.”

“
“Believe it or not, this year has given us the opportunity to step up a bit, to do some of the heavy lifting.”
“

The contemporary buildings that rise in its place, designed by architect Jean-Michel Wilmotte, are hewn into the rock, with panoramic windows and sharp-edged patios. “We didn’t want to have a heavy structure on that line of sight,” McKillen explains of the hotel’s heavy use of glass.

The views attracted one of the area’s most famous chefs, Mauro Colagreco, whose new seafood grill, Ceto, sits at the highest point of the hotel, atop the five-story Crystal Building, a triangular structure rising from the rocks. Initially, says Colagreco, he had doubts about opening a restaurant so close to its three Michelin star lighthouse, the Mirazur, a short drive from Menton. He finally “took it as a real challenge to do something different”.

“
“We decided to focus on everything you see on the horizon from one end of the hotel to the other.
“

Emphasis will be placed at Ceto, named after a Greek goddess of the sea, on Mediterranean fish, some of which will be aged in a room lined with Himalayan salt and cooked on a large open grill. Its wine list also has an aquatic theme, with around ten bottles aged underwater (a growing trend in the European wine world).

Colagreco will also run Riviera Restaurant, a casual restaurant serving traditional dishes from both sides of the French and Italian border. “We decided to focus on everything you see on the horizon from one end of the hotel to the other,” he says. Light salads and personal pizzas, served by the pool, will be by New York chef Jean-Georges Vongerichten.

McKillen brought in several international designers for the bedroom interiors, including Rigby & Rigby, Michelle Wu, Pierre Yovanovitch and fellow Irishman Bryan O’Sullivan. The soft tones and retro curves of its wooden furniture were inspired by the work of architect Eileen Gray, the pioneer of modernism whose nearby 1920s vacation villa – open to visitors by appointment – McKillen supports the financing of the restoration. “There’s kind of a big Irish connection here in the south with Eileen Gray,” he says. “WB Yeats was buried here in Roquebrune next to us. U2 recorded some of their biggest road albums in Èze.

The hotel will experience the final weeks of its first summer season when it gently opens next month, a sort of test for the big post-pandemic comeback slated for the region next year. “To open a brand new hotel like this, it takes almost a year to set up and train staff,” says McKillen. “We don’t do flashy openings, we prefer… to open the hotel in stages.

In Monaco, four-year-old crushes man with his father’s Bentley