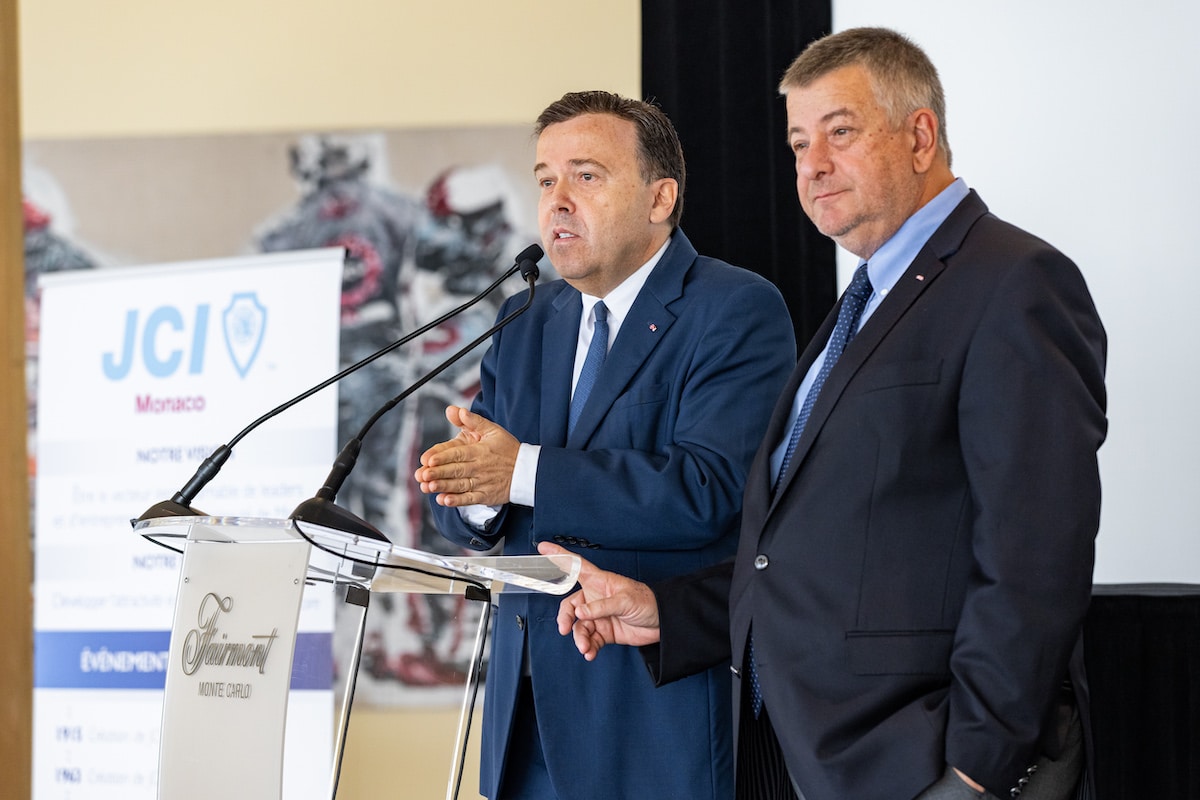 A conference was held at the Fairmont Hotel on Wednesday, October 20.

During the third breakfast conference of the Junior Economic Chamber of Monaco, Alain Vivalda, President of the Monaco Real Estate Chamber, and StÃ©phane Valeri, President of the National Council, discussed Bill 252, which deals with the regulation of the profession. of real estate developer in the Principality.

This bill has already been adopted by the National Council on May 10, but the Prince’s Government must vote on it no later than November 17.

150 real estate agencies in Monaco, 317 real estate developers in 2021, against a dozen ten years ago, and 428 sales on average made each year. It is from these figures, “which speak for themselves and illustrate the current problem” that Alain Vivalda introduced his remarks.

For the President of the Monegasque Real Estate Chamber, the problem is not only the number of professionals authorized to practice in the Principality, but their quality and level of expertise: â€œWe want the profession of real estate developer to become professional. We don’t want bogus real estate developers who are only here for speculation and doing nothing to improve the property. We don’t want opportunistic developers who profit from the system to legally profit from low capital gains. “

His remarks were echoed by StÃ©phane Valeri: “It is unhealthy to allow people not to pay property transfer taxes, not to employ real estate agents, but to sell and resell non-renovated property at ever higher prices. students. “

This practice, based solely on speculative bubbles, is harmful for the profession, for the sector and for the Principality, according to Alain Vivalda. However, the President of the Real Estate Chamber paid tribute to the developers present in the room, who contribute to the renewal of the Monegasque real estate offer by carrying out work with local companies, thus enhancing the standing of the building and avoiding work. or dilapidated common areas.

Open only to Monegasques since January 2020, the profession of real estate developer must also be regulated to guarantee fairness between professionals. Among the current advantages of the profession: exemption from VAT (under conditions), exemption from transfer taxes (if the property is resold before four years) and the absence of minimum value required for the work.

The President of the National Council underlined that there was a de facto legal vacuum, exploited by too many opportunists to take advantage of these advantages. According to StÃ©phane Valeri, the tax impact of these abuses is estimated at 20 million euros per year. The National Council therefore voted a bill proposing changes to the tax regime for property developers.

If the bill is passed, professionals will have to renovate at least 5% of the property within five years. Those who do will pay 2.25% stamp duty, compared to 4.5% for those who do not respect this provision. Real estate developers who call on Monegasque entrepreneurs will also benefit from a VAT exemption on the work they carry out on the next property they renovate.

The Prince’s Government must now decide. If the bill is approved, it is expected to come into force no later than spring 2023.

>> SEE ALSO: Real estate in Monaco is the most expensive on the planet!