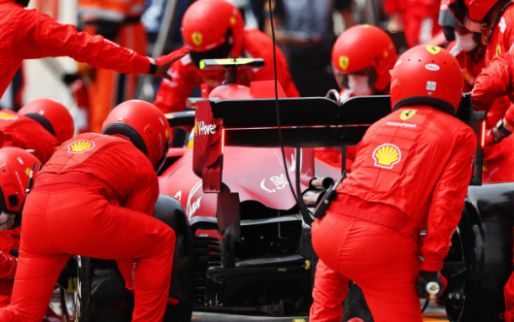 “This is why we have fallen so far in France”

With Scuderia Ferrari once again leading the grid on the Monaco and Baku Grand Prix weekends, the team fell on the Paul Ricard circuit and returned to midfield. Chief strategist Inaki Rueda sees a fundamental difference in the layout of the tracks as the reason.

Rueda explains that while a circuit like Monaco puts the most pressure on the rear tires, the situation is noticeably different at Paul Ricard. “There are cases where you can have very high tire wear and not suffer any loss of lap time, these are tracks where all the lap time is created by the traction of the rear tires, you can have a very high front wear, but still decent lap times. This happens in places like Baku or Monte Carlo “, said the Ferrari chief on the Twitter from Ferrari.

At Paul Ricard, the focus is on the front tires, which wear out faster and leave a gap in the drivers’ times. Rueda believes this is the reason for the poor performance of the team. Carlos Sainz and Charles Leclerc finished this race out of points.

Horner adamant about Red Bull rumor: “We have no right to progress”

Rueda explains: â€œWhen you go to tracks where the worn axle is the one that gives you the lap times, like Barcelona or Paul Ricard, the front tires are the ones that give you the lap times. ‘before, that translates into a degradation. We suffered with our lap times and that is why we struggled a lot in the race. “

Windsor: “That’s when it became clear to me: Verstappen can handle Hamilton”

If you’re taking a trip to France this year, head to Richard Rogers’ incredible final building in Provence

Jean-Antoine Odasso on saving lives with the Monaco Fire Department