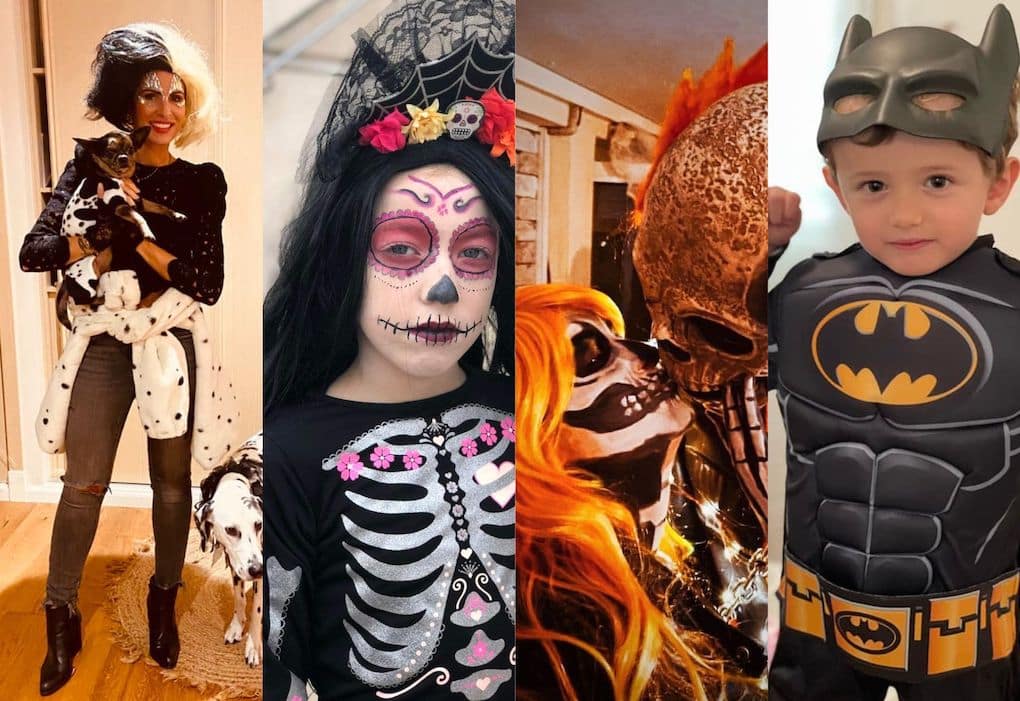 Many of you sent us your Halloween photos in response to the competition on the Monaco Tribune Facebook page. The editorial staff managed to select the 10 most original shots (but it wasn’t easy).

With its red nose, white face and eerie smile, this clown costume is a perennial for Halloween. While clowns were originally designed to make children laugh, this one turns into a much less sympathetic figure for October 31st… There is even a real phobia among them, whatever the time of year : coulrophobia.

OK it made us laugh rather than shout, but we found this photo very original. Dressing up a squash with googly eyes takes a lot of imagination. You almost don’t want to bother these guys… Even though they would make a delicious warming autumn soup or pie.

Another pumpkin, this time in the flesh! This costume is a must have for little girls – indeed Princess Gabriella dressed up as a pumpkin this year… The picture of the princely twins was shared by Princess Charlene on Instagram. Adorable!

Are they also little devils in real life? We hope it’s not for the good of their parents! In any case, these two little boys convinced us with their terrifying and really realistic masks!

Since the release of La Casa de Papel, this costume inspired by the world famous Spanish series is everywhere. They are on-screen robbers, so we hope this reader only stole candy on Halloween night. OK, we admit, it was mainly the doggo that made us choose this one!

5. The witch inspired by “Coco”

This homemade makeup job is amazing! A reader shared a photo of her daughter Camille dressed as a witch. A costume reminiscent of the characters from the Disney/Pixar movie “Coco”. Special mention also for the lace, flower and skull tiara. We love it!

Dressed as a superhero, our hearts melted at the sight of this angelic little face. With his mask, cape and abs, he’s ready to fight crime, just like the real Batman!

Who said Halloween was just for humans? We’ve had the squash, now it’s time for this adorable dog to dress up! In a Batman costume with cape. From his expression, it looks like he takes his role very seriously and is in the Top 3!

Fresh out of the ground, this couple is terrifying! With their matching hair color and black leather jackets, they look like a “hell” of a pair! They even sent us the kiss of death as a bonus. 2nd place for them!

She’s probably Disney’s most iconic villain. Cruella from Hell 101 Dalmatians, is obnoxious, charismatic and, as the name suggests, CRUEL. Need I remind you that she has fur coats made from dog skins? With her two-tone wig and her irresistible Dalmatian, this reader takes first place in our Top 10! Let’s just hope she treats her dogs better than the “real” Cruella!