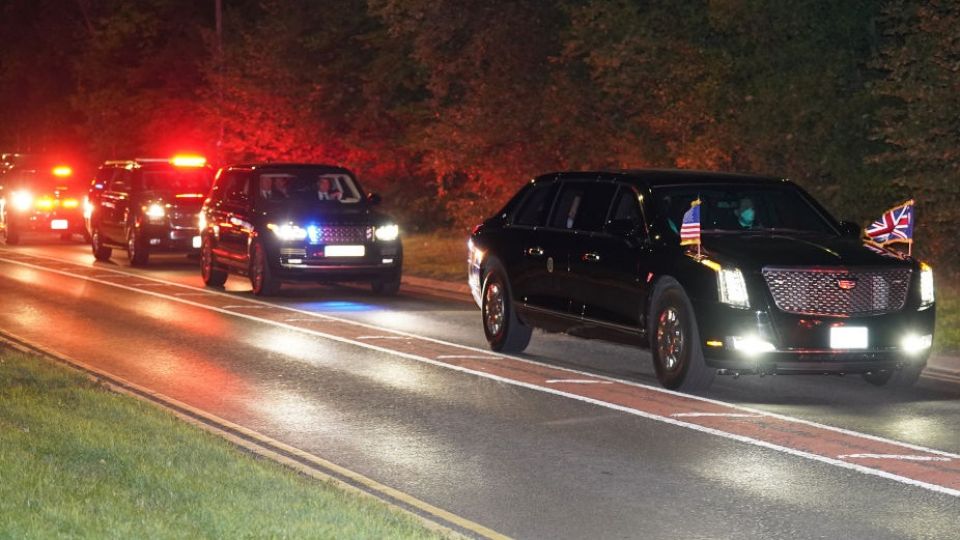 Foreign guests invited to attend the funeral of the late Queen Elizabeth II will arrive in London on Sunday. The first delegations have already arrived on Saturday evening.

In addition to the British royal family, friends and close associates of Elizabeth II, as well as courtiers, some 500 foreign dignitaries were invited to attend the Queen’s funeral. The list of those who will attend the ceremony has fluctuated in recent days – some decisions on the composition of foreign delegations were only made on Saturday.

The funeral will be followed by the heads of government of British Commonwealth countries. In some of them, the British monarch is still head of state.

Her Majesty Queen Elizabeth II served her entire life and carried the weight of her duties with impeccable grace. Sophie and I are in London for Her Majesty’s funeral – and today we marked the solemn occasion by signing the condolence book. (Photo: David Parry/PA Wire) pic.twitter.com/bossnrf2VJ

heads of state of Poland, France, Germany and Italyamong others, will also attend the Queen’s funeral.

Poland will be represented by President Andrzej Duda, who is visiting London on Sunday with First Lady Agata Kornhauser-Duda. The president is due to meet new British Prime Minister Liz Truss and pay respects to Queen Elizabeth II in front of the coffin on display in Westminster Hall.

As British media reported a few days ago, Ukraine will be represented by the First Lady Olena Zelenska, who will return to Ukraine immediately after the ceremony. In turn, the head of the European Commission Ursula von der Leyen will arrive in London on behalf of the European Union.

The Saudi Embassy has confirmed the presence of the heir to the throne Mohammed bin Salman, who was criticized in the British press on his role in the murder of journalist Jamal Khashoggi in 2018.

The great powers of the world, the United States and China, will be represented at different levels. Chinese leader Xi Jinping received an invitation to the funeral, but it sparked a wave of criticism in the UK. Beijing announced on Saturday that the country would be represented by Vice President Wang Qishan.

From the United States, on the other hand, President Joe Biden and his wife Jill had already arrived late Saturday evening. On Sunday, the presidential couple will pray at the Queen’s coffin in Westminster Hall and will be received by Charles III at Buckingham Palace.

Joe Biden arrives in London for the Queen’s funeral
Biden is among 500 heads of state and foreign dignitaries in London for a gathering of world leaders not seen in decades. https://t.co/YCTIl06Wrc pic.twitter.com/ydRMyW6lpf

Japan’s Emperor Naruhito also left for London on Saturday with Empress Masako. It is the emperor’s first overseas visit since he assumed the Japanese throne in 2019. Japanese monarchs traditionally do not attend funerals, either at home or abroad. The exception that Naruhito and his wife will make in the case of Queen Elizabeth II’s funeral reflects the close ties between the two families, royal and imperial.

The couple were then taken to Claridge’s Hotel in London. It’s so nice to see Masako traveling pic.twitter.com/XMth6uxgkJ

Among the countries that did not receive an invitation to the Queen’s funeral are Syria, Venezuela, Afghanistan and Burma. The presidents of Russia and Belarus were not invited either due to the invasion of Ukraine.

According to BBC reports, the heads of state of North Korea and Nicaragua have also not received their invitations – these countries may instead be represented at the ceremony by their ambassadors. Iran will also be represented at ambassadorial level.

Queen Elizabeth II died on September 8 at Balmoral Castle in Scotland at the age of 96. She sat on the British throne for 70 years. His funeral on Monday will be one of the largest gatherings of heads of state in one place in British history. Up to 4 billion people worldwide, or half of the world’s population, are expected to follow the celebrations.