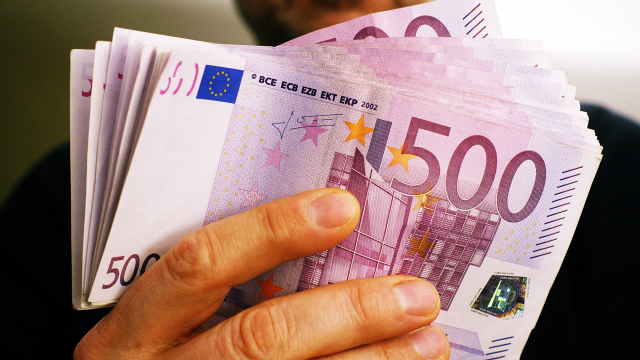 The use of counterfeit – but legal – banknotes in France is on the increase, police warn, with many copies available for purchase on the Internet.

The Banque de France seized more than 2,000 of these banknotes last year, this figure being considered “much lower than the reality” of banknotes in circulation.

The tickets in question are legal because they are stamped with words such as “poker”, “specimen” or even “Disneyland”, which means that they are not counterfeit.

Police have warned that counterfeits are now increasingly used in scams worth up to several hundred thousand euros. These often involve large sums of money, such as cash used to purchase property or high value jewelry, where cash payments are requested.

Recent cases include an individual who sold over € 60,000 worth of gold bullion in December and ended up with bundles of € 200 bills marked “poker”. Likewise, in November, customs officers at the Franco-Italian border in Modane discovered € 1 million in counterfeit € 200 notes, prompting the opening of an investigation.

And in March, near Mulhouse, a luxury watch merchant was given € 80,000 in counterfeit € 500 notes marked “specimen”.

Cash transactions can start with real money in order to deceive the seller, while the rest of the money will be fake. Some cash transactions reach up to € 1 million, Mr Hippert said.

“[The scams are] all based on cunning and trickery, ”said Mr. Hippert. “By the time the victim takes the trick by opening the briefcase in his hotel room, the crooks have disappeared.

The discovery is unlikely to be regularly reported, as “not all goods would have been declared to the tax authorities” in the first place, added the commissioner.

French Property: A house for sale in France for each month