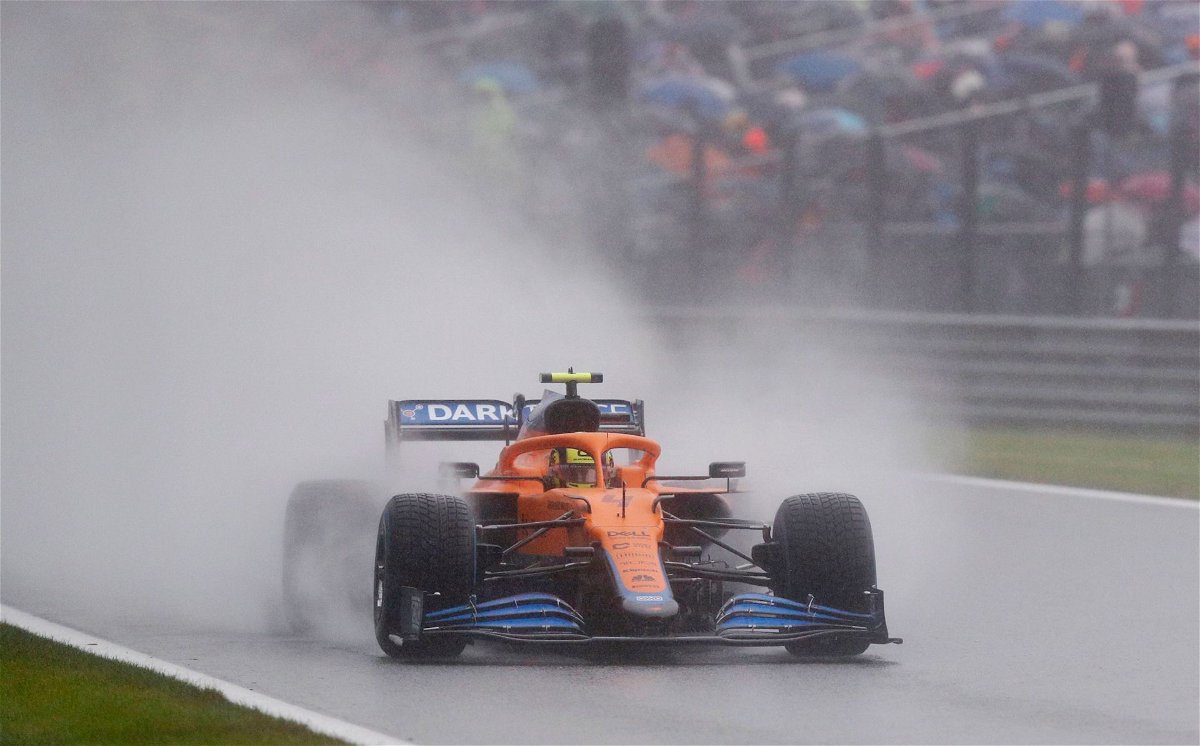 In a chaos-filled qualifying session at Spa-Francorchamps, Lando Norris arguably suffered the worst crash of the weekend so far. In an attempt to establish a lap time in Q3, the Briton crashed heavily after losing control of his McLaren at Raidillon, sending him spinning violently after hitting barriers.

While the session saw 10 drivers on the track, others stayed on the track to analyze their performance on Saturday. Among them were Carlos Sainz and Fernando Alonso, who saw the incident while speaking to the media.

Sainz was Norris’ first F1 teammate. For two seasons, they shared a warm and healthy relationship that fans have enjoyed throughout. Although Sainz is racing for Ferrari, McLaren’s biggest competitor this year, they still share the same dynamic relationship. The Monaco Grand Prix a few months ago witnessed this, when they shared hilarious moments after the race and on the podium.

As Norris took to the track in Q3, Sainz answered questions after missing a second. While answering questions in Spanish, he saw Norris spinning on a nearby monitor. It made him fall silent, as his eyes widened in concern for his former teammate.

Meanwhile, Alonso only managed to qualify 14th in dangerous conditions at Spa. However, his teammate Esteban Ocon took part in Q3 as he made the cut with the narrowest margins.

During his post-qualifying interview, Alonso explained how the conditions could help his race tomorrow. However, he immediately stopped talking and watched Norris crash when it happened.

When asked if the red flag should have arrived sooner, the 40-year-old responded by saying: “Probably.”

After the crash, Norris got out of his damaged McLaren, squeezing his elbow. However, a few hours later, his team confirmed that he was medically cleared to run today. The Briton will start from 10th place on the grid since he was unable to achieve a lap time in Q3.

WATCH THE STORY: 5 F1 crashes that stunned the world