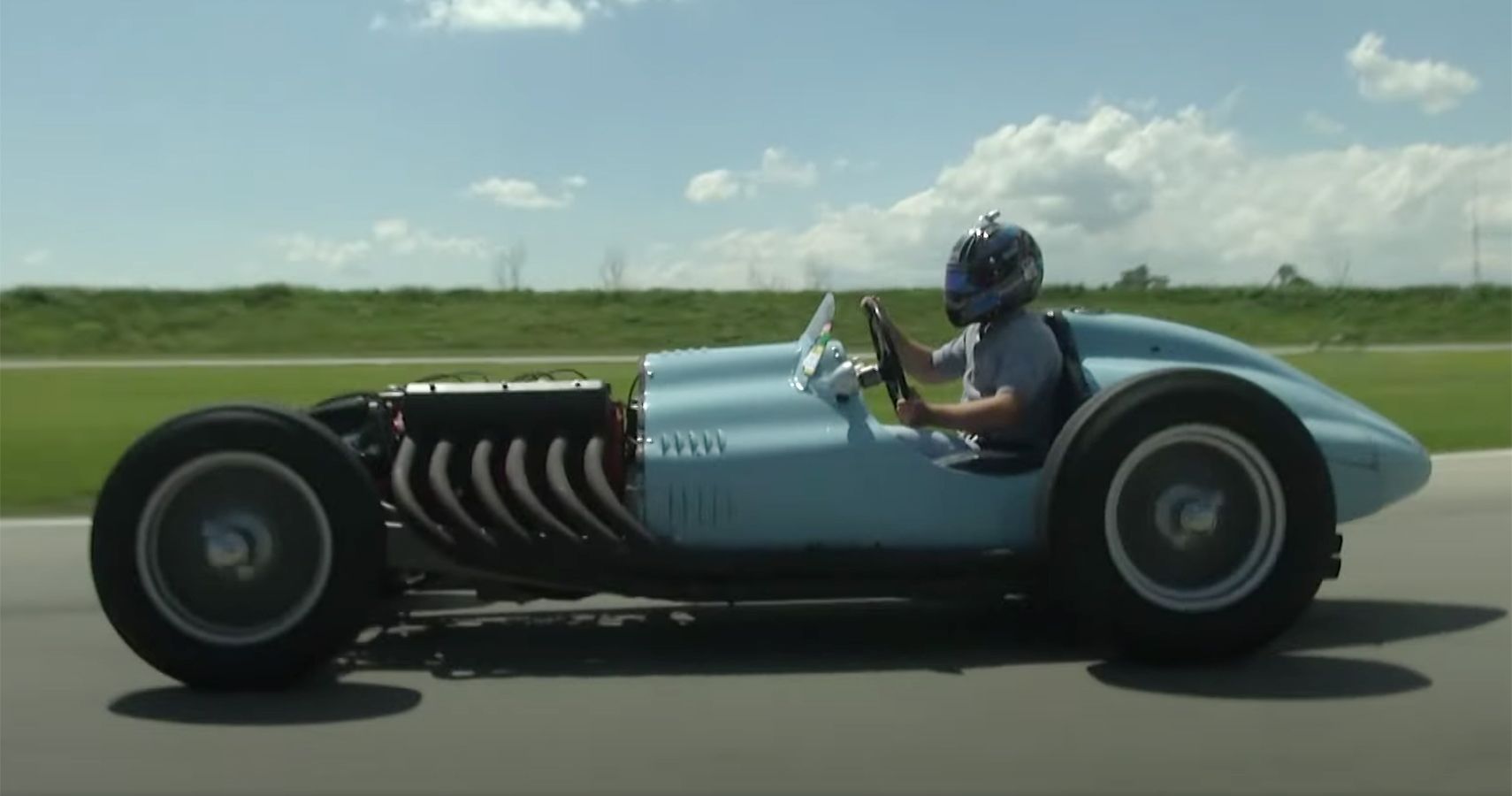 The current 2022 Formula 1 cars are extremely high-tech models that could deliver around 1,000hp. But when F1 started, the participating cars produced just over 300bhp. The Talbot-Lago T26C, however, produced around 200bhp, but helped influence the F1 landscape nonetheless.

Only a few of them still exist today, and professional motor racing driver and Gary Klutt, Legendary Motorcar Co-Host had the privilege of driving a 1948 Talbot-Lago T26C classic car on the track.

The Talbot-Lago T26C made its F1 debut in 1948, but unlike its rivals on the track, it was inferior in power. What it lacked in power, the T26C made up for in greater gas mileage and greater reliability. The fact that the T26C could endure more laps made it a threat, forcing other teams to strike a balance between speed and endurance.

Only a few Talbot-Lago T26Cs survive today, and Denis Bigioni owns one. Its classic drive is a 1948 model that can still run. Interestingly, Denis’ T26C was a true F1 driver who made his debut at the 1948 Monaco Grand Prix, although he did not finish after 16 laps due to engine trouble. French racing driver Pierre Levegh drove this T26C for four F1 seasons. The car then continued to run until 1954.

In 1957, this Talbot-Lago T26C became the property of Otto Zipper, who then brought it to America. Briggs Cunningham then purchased the T26C for his museum in Costa Mesa, California. Cunningham carefully kept the car for around 40 years, until Denis Bigioni got his hands on the classic F1 driver.

RELATED: 10 Things We Just Learned About Talbot And His Cars

This T26C Grand Prix car still has its non-supercharged 4.5-litre straight-six engine mated to a four-speed Wilson preset gearbox. Its gear lever is behind the steering wheel, just like modern automatic vehicles. The cockpit is compact and narrow, and the driver had to lean into turns so the resulting force wouldn’t push him out of the cabin.

Still completely original from 1948 to today

This Talbot-Lago T26C retained all of its original components (including its original paint) and from time to time it would show its age. Denis had hired Legendary Motorcar (run by Gary’s father, Peter) to find and fix the intermittent oil leak.

Gary drove the T26C around the track, hoping the leaks would show up. It was a cool ride, although a classic Cobra towing a stuck T26C was an epic scene.

This 1937 Talbot-Lago sold for $13.4 million sets a new auction record

Julybien Atadero writes from the island of Cebu on a variety of automotive topics, including new sports cars, classic muscles, pickup trucks, and SUVs. While I love peace and quiet, I love playing with my child. When I have nothing else to do, I watch documentaries and animations.