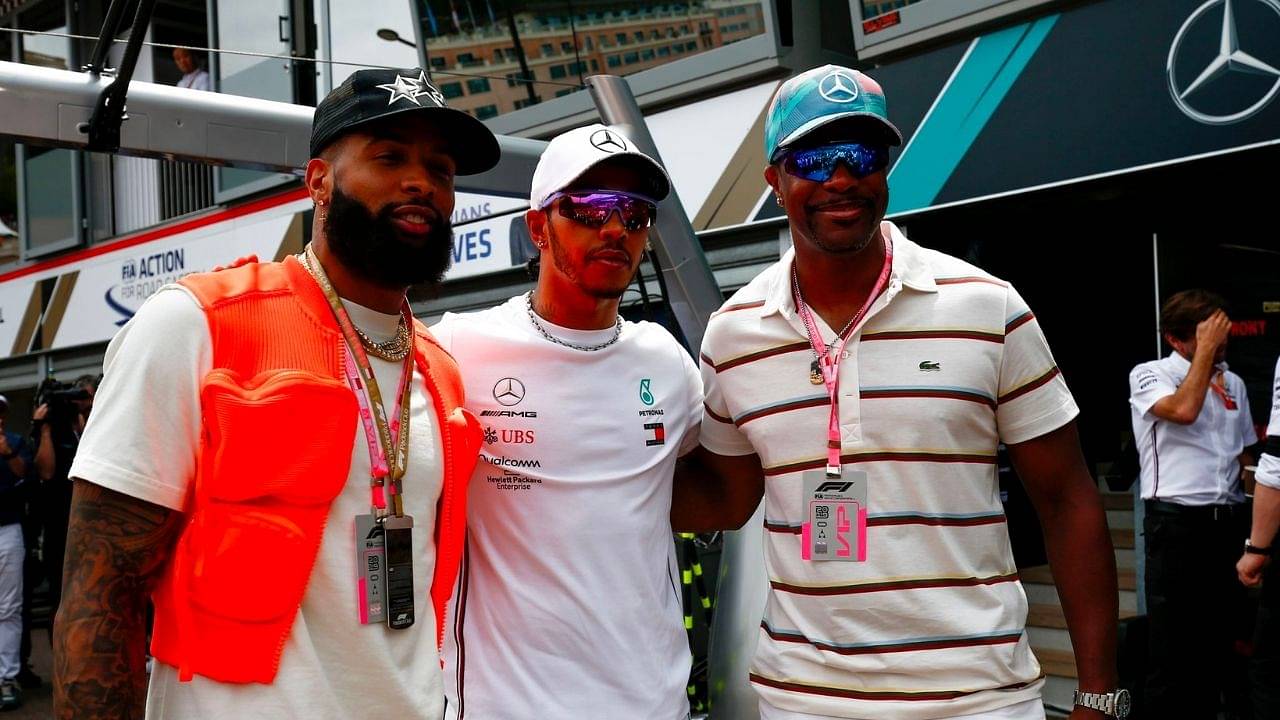 “We’re in lap 50, we’re in the third quarter, how far are you going to dig?” : When Odell Beckham Jr. was inspired by Lewis Hamilton’s epic victory at the 2019 Monaco Grand Prix

It is quite common that athletes from various sports are often known to be friends. Odell Beckham Jr. and Lewis Hamilton are among those athletes. The duo have a strong bond despite living on opposite sides of the ocean.

In 2019, the Los Angeles Rams WR attended the Monaco Grand Prix, one of the most popular Formula 1 races in the world in Europe’s fanciest city. In what was Odell’s first-ever race, Lewis Hamilton showed incredible composure to thrillingly win the race despite the troubles and inspire his friend.

The NFL and F1 don’t have much in common, but the 3-time Pro Bowler couldn’t help but draw parallels. Beckham Jr said:

I watched the race and thought about it like I was in a game. We are in round 50, we are in the third quarter. You’re getting mentally tired, how deep are you going to dig?

Hamilton and Odell Beckham Jr walked the streets of Monaco

Before the race, Hamilton and Beckham Jr. toured the streets of Monaco. Beckham Jr., who said Paris would be the only non-American city he would be willing to live in, later admitted that Monaco was not far behind.

These are the same streets that are transformed into a racing circuit for the Grand Prix. And Lewis Hamilton tweeted a video of the duo driving around Monte Carlo on Wednesday as a throwback to the good times they had. Odell, of course, retweeted this.

It was Hamilton’s third victory in F1’s most iconic race, and Beckham Jr added

It’s something that motivated me, it was the Monaco Grand Prix. Talking to him, I understood how much it meant to him.

Prior to the release of the video of Lewis and Odell in Monaco, Odell was traded to the Cleveland Browns. And he is seen discussing moving and how he needed a “fresh start”, with Lewis.

It’s 2022 and Odell is now with the Los Angeles Rams, has he found his itch? time will tell as the Rams prepare to face the Arizona Cardinals in the NFL’s Wild Card Round on Monday.