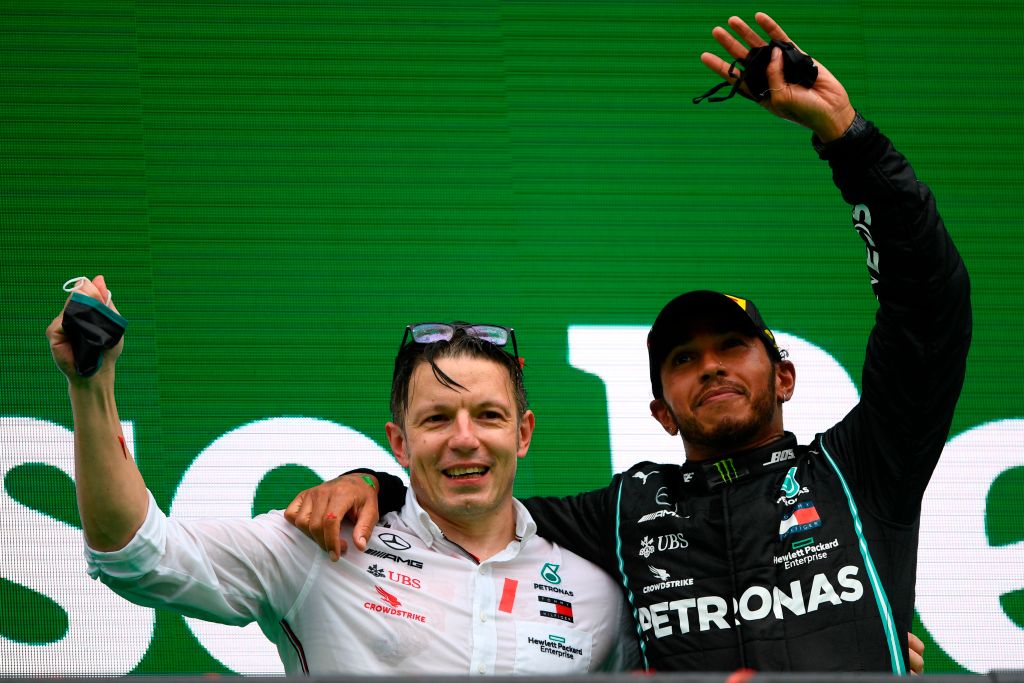 What F1 Race Engineers Are Responsible For During Grands Prix

F1 race engineers are the driver’s contact with the outside world while on track, but what are they actually doing? How does the engineer control what the driver does from the pit lane?

There was a time in Formula 1 where all you had to do was get in the car and drive.

You might have had a mechanic or two to tighten this or that bolt and make sure the machine you were going to drive looked like some sort of race car, but that was it.

As teams developed an understanding of the data, F1 race engineers became an essential part of the team.

But what are they actually doing during a Grand Prix weekend? How do they prepare the car for the driver?

Due to the recent success of their drivers, some F1 racing engineers are better known than others.

Peter Bonnington and GianPiero Lambiase are probably the two most recognizable voices in F1 – always heard communicating with their respective drivers.

Although the role of an F1 Race Engineer is multi-faceted, the pure basis of the role is that they are in charge of car engineering on a weekend and must work with the team and the driver to Get things done around the funny shaped circle in as little time as possible.

Working with all performance, data, systems, engine and tire experts, the F1 race engineer must decide on the best setup for their car, including driver feedback to achieve the optimum setup.

They also provide the race plan throughout practice and qualifying – what the driver does on every lap he spends on the track.

Quite often you might hear a driver snapping voice on the other end of the team radio.

It is the F1 race engineer who suppresses this outburst and must also be a pseudo-therapist.

Sometimes you may need to let your driver vent his frustration at the injustice, before gently encouraging him to move on – as Bonnington sometimes does with Lewis Hamilton – with the 2019 Monaco Grand Prix a prime example. .

There, Hamilton, on aging medium tyres, tried to fend off a loaded, hard-equipped Verstappen for the win. Despite the complaints, he pretty much kept the Dutchman at bay.

Meanwhile, Lambiase can sometimes take a tough, no-nonsense approach with Max Verstappen – like in the 2020 Spanish Grand Prix when the #33 driver complained about tire strategy.

It is the F1 race engineer who will call the driver for pit stops, brief him on the race situation and tell him what is required at certain stages of a race.

Most started as junior engineers and worked their way up to racing engineers, working in various positions in motorsport, not just F1.

Bonnington and Hamilton are the most successful engineer/racing driver partnership – having won six world titles and 82 victories since they began working together at the 2013 Australian Grand Prix.