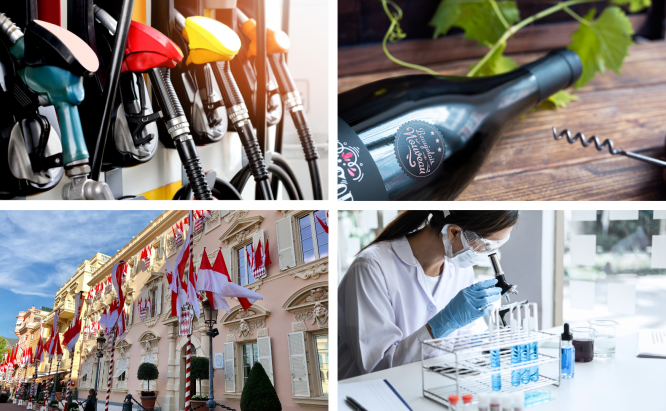 Workers at French testing labs have been called to strike for at least three days from today (November 14) over a dispute with the government over test tariffs.

This strike will be “renewable” and means that no tests, such as blood tests or PCR, will be carried out in nine out of 10 French laboratories.

In the event of an emergency, patients will be directed to clinical or hospital settings, which will remain open, said the Alliance of Medical Biology (ABM).

This union represents 90% of laboratory biologists and participation in the strike is expected to be significant.

This bill includes a measure requiring testing laboratories to reduce their prices for common types of tests, except for Covid. The government justified this by arguing that laboratory revenues have increased in recent years due to the Covid pandemic.

The State thus aims to save 250 million euros in 2023, an objective which has angered the laboratories.

It then appeared that the savings that testing laboratories are now expected to achieve will increase to €280 million in 2023 and €332 million per year between 2024 and 2026.

French motorists have until tomorrow evening (November 15) to take advantage of the government’s 30 cents per liter fuel rebate.

Starting Wednesday (November 16), this rebate will be reduced to 10 cents per litre, and then phased out completely after December 31.

If you still pay housing tax in your main residence this year, you should have received your invoice, either in your personal online tax space – with an e-mail informing you that it is ready if you have opted for “all online” – and/or by Postal route.

Read more: The deadline for housing tax is approaching in France: who still pays?

Those (usually second home owners) with payment deadlines in December should have their notice this week and hard copies will arrive this month.

If you are not paying online, but rather by cash, check, card or TIP Sepa payment, you have until tomorrow November 15 for invoices payable in November.

If you pay online or via the impots.gouv.fr application, you have until November 20. The money will come out of your account on November 25. Direct debits will be made on the same date.

On Wednesday, the government will make an announcement on its energy consumption policy before the National Assembly.

A debate on the subject will follow, but no vote.

A march for the murdered Lola, 12 years old

Also on Wednesday, a march will take place in Paris in tribute to Lola, the 12-year-old girl murdered in the capital on October 14.

Read more: Lola murder suspect, 12: what is an OQTF order to leave France?

The body of Lola, who lived in a building in the 19th arrondissement with her family, was found in a discarded plastic trunk near her building after she failed to return from school that day.

She had been injured but police found she had died of cardiorespiratory failure “with signs of asphyxiation and cervical compression”.

A 24-year-old woman, named Dahbia B., is accused of committing his murder and rape as well as acts of torture. She is being held in Fresnes prison, south of Paris.

Trial for the accidental hunting death of Morgan Keane

On Thursday (November 17), two people will stand trial for the death of Morgan Keane, a 25-year-old Frenchman who was hit in his garden by a stray bullet fired by a hunter on December 2, 2020.

Mr Keane was chopping wood on his property, 100 yards from his home in Calvignac, Lot, when he was killed.

Both the hunter who fired the bullet and the organizer of the hunt will be tried for manslaughter during a hunt, punishable by three years in prison, a fine of €75,000, a ban on possession of a weapon fire of five years and permanent withdrawal. of his hunting license.

Public prosecutor’s lawyer Benoît Coussy said that “a number of factual elements attest that the hunter who shot [the bullet] may have been fully aware by his hunting companions of the presence of two boys [Mr Keane and his brother Rowan] in the two hours preceding the tragedy.

Mr Keane’s death has sparked outrage across France, with a march organized in his honor and a group of his friends launching a petition – ‘Un jour, un chasseur’ – calling for stricter safety rules and two days without hunting per week.

This petition garnered the 100,000 signatures needed for a Senate debate on the issue, and 40 different hearings with organizations and individuals have taken place over the course of that year.

A report on these testimonies was published this month, with recommendations to improve training practices and more effectively prevent people from hunting while intoxicated.

However, the group One Day a Hunter criticized the report, saying it rejects almost all of the measures called for in the original petition, even though they are “supported by an overwhelming majority of rural people”.

Since September 15, the government has been paying exceptional back-to-school bonuses to help low-income households cope with the rising cost of living.

The aid amounts to €100, to which an additional €50 is added for each dependent child. Some 10.8 million households receiving state allowances or study grants were to benefit.

On November 15, the last group of beneficiaries – people who benefit from the activity bonus for low-income workers – will receive their payment but it will be for a reduced amount. They will receive €28, plus €14 for each dependent child.

At 12:01 a.m. on the third Thursday in November – November 17 this year – over a million cases of Beaujolais wine begin their journey across France, and a race begins to get the first bottles to markets around the world.

Beaujolais Nouveau is different from other French wines in that it is drunk almost immediately after harvest and is known for its unpretentious cheerfulness.

It is sold in 110 countries around the world and Beaujolais Nouveau Day is marked by fireworks, music and festivals.

The Principality of Monaco has close ties with France and it may be of interest that Saturday November 19 marks Monaco’s National Day, also known as the Sovereign Prince’s Day and usually celebrated with fireworks over the port. the night before.

Monegasque residents hang flags from their windows and the Prince and his family make an appearance at the Palace.

This holiday is an opportunity to witness the splendor of Monegasque tradition, the Knights of Malta wearing their uniforms and their medals during mass at Saint-Nicolas Cathedral.

100th anniversary of the death of Marcel Proust

Friday (November 18) marks 100 years to the day since the death of famous French novelist and essayist Marcel Proust.

Proust is best known for his novel In Search of Lost Time (In search of lost time or the memory of things past). The work was published in seven volumes between 1913 and 1927, and has approximately 3,200 pages, with 2,000 characters.

Proust died before he could complete the final volumes, so they were edited and published posthumously by his brother Robert.

Saturday will see the kick-off of the Francophone Summit in Djerba (Tunisia).

These summits are held once every two years and bring together the Heads of State of the International Organization of La Francophonie.

They will address a range of topics such as the global economy, human rights, education, culture and democracy, and how the Francophonie is orienting itself in this global context.

‘Britons are behind on new EU visa-free rule’: 10 updates on travel to France

Covid: Daily update on the situation in France