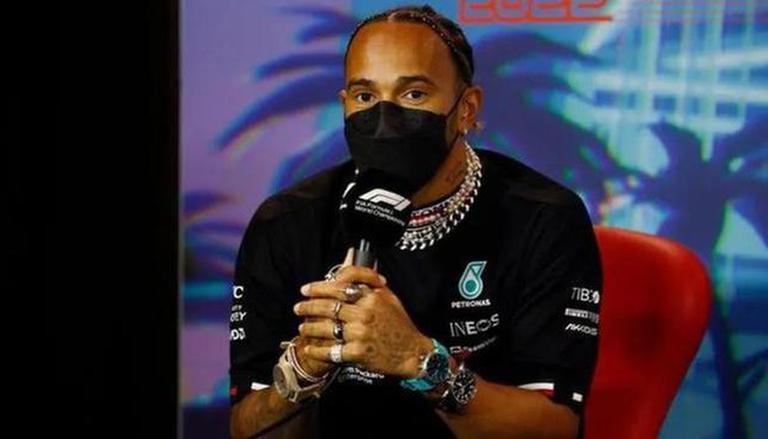 FIA President Mohammed bin Sulayem has broken his silence on the F1 jewelery ban which sparked massive protests among drivers at the Miami Grand Prix last week. Seven-time champion Lewis Hamilton and four-time champion Sebastian Vettel launched an unprecedented protest as the former arrived at his presser wearing three watches and various jewellery, while the latter wore boxers over his racing suit.

Following Hamilton’s reported refusal to continue violating the ban, there is speculation that he may be banned from racing at the Monaco Grand Prix. The Monaco GP will take place in two weeks, the weekend of May 27-29.

Will Lewis Hamilton be banned from the Monaco Grand Prix?

FIA President Mohammed bin Sulayem has confirmed that Lewis Hamilton will face a massive fine if he continues to disobey the current F1 jewelery ban. While the rules have been in the sport for several years now, it was only this year that the FIA ​​started enforcing these regulations.

However, Hamilton is surprised why the sporting authority is only enforcing the safety rule now. In response, the FIA ​​president told the Daily Mail: “It’s up to him (Hamilton). There are fines that apply. It’s like someone speeding down the roads – you can’t not prevent him from doing it, but he gets a fine, even if it was accidental. You can’t let people go because they are your friends. There must be one rule for all, and that’s it .

No action will be taken against Hamilton next week at the Spanish Grand Prix as the Briton reportedly had a chat with FIA doctor Sean Petherbridge just before the Miami Grand Prix practice sessions. Reports claim he was given a two-race ‘grace period’ to remove all jewelry and piercings from his body. Given that the deal ends before the Monaco GP, action could then be taken against the 37-year-old.

The FIA ​​president concluded his remarks by saying that he loves jewelry himself, but that he could not compromise on the safety of the drivers in the cars. “I love jewelry, Sulayem said. “I love it. But in the car, there is no choice. People say they (the rules) have not been implemented before. Do not ask me why. People can ask the old regime why this is the case.”

It now remains to be seen whether action will actually be taken against Hamilton, and any other drivers who disobey the protocols in place.