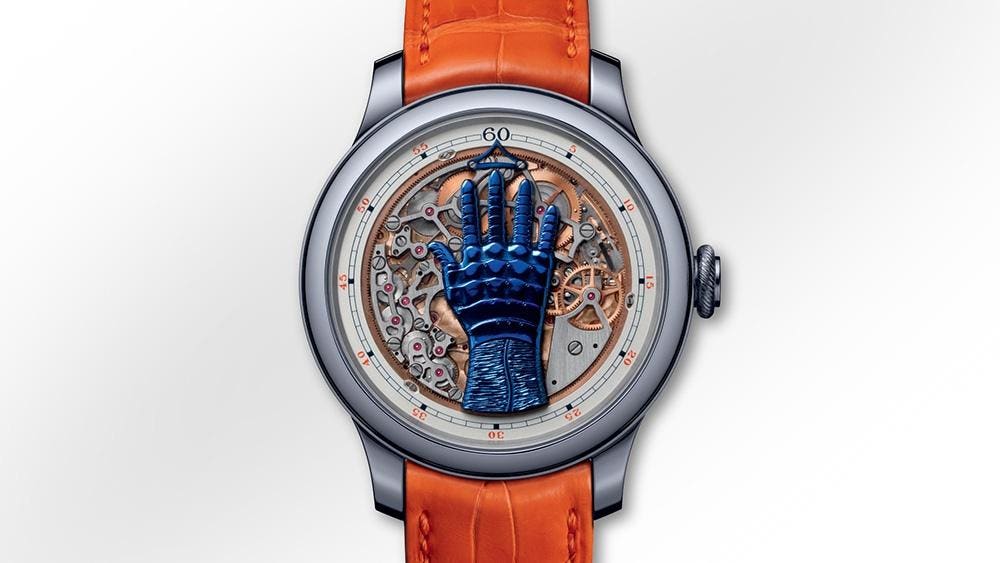 The fall auction season kicks off next week with a special auction where each lot is unique, there is no reserve price, and the proceeds are donated to a great cause. The money raised through the sale of watches donated to the Watch auction only in Geneva goes towards research on muscular dystrophy. This is the ninth edition of the biennial charity auction, which has raised more than $ 70 million to date for the Monagasque Muscular Dystrophy Association. It was founded by Luc Pettavino, the former director of the Monaco Yacht Show, after his son Paul was diagnosed with Duchenne muscular dystrophy in 2000.

There are 53 lots in the upcoming auction, which will be held by Christie’s at the Palexpo in Geneva on November 6. In the last edition, in 2019, a record was set for the world’s most expensive watch, a steel Grandmaster Chime, which sold for $ 31 million. Patek Philippe also donated the first lot from this year’s auction, an intricate desk clock inspired by one made in 1923 for America’s most famous watch collector, James Ward Packard. It contains the new 86-135 PEND IRM Q SE caliber, with perpetual calendar, moon phase, week number display and power reserve indication (31 days). It is adjusted to an accuracy rate of -1 / + 1 second per day, and is estimated at CHF 400’000-500’000 (327’000-435’400)

Each edition of Only Watch has a color theme. This year’s watches are orange, yellow and red, and several of the watches are special editions of the current collections which have been redesigned with these colors in mind. Colors appear on dials, bracelets and even on movement components. In some cases, this is very subtle: a special Bulgari Octo Finissimo Perpetual Calendar edition replaces the month “Nov” on the month ring with “NOW” to represent “Only Watch” in orange letters.

Many lots are accompanied by exclusive visits to the brands’ headquarters in Switzerland. The annual Carl F. Bucherer Heritage Bicompax calendar includes a three-day trip to Lucerne to meet the CFB team and visit the workshop. The H. Moser & Cie Streamliner Cylindrical Tourbillon includes a visit to the company headquarters in Schaffhausen. The Richard Mille RM 67-02 Charles Leclerc includes two passes to the upcoming Monaco F1 Grand Prix as a Scuderia Ferrari VIP guest, and a chance to hang out with driver Charles Leclerc.

The original versions of three of the watches on sale are nominated for awards in the Grand Prix d’Horlogerie de Genève, also known as the Oscars of Watchmaking, which also takes place in Geneva, two days before the Only Watch auction. They include: a special edition of the Ulysse Nardin UFO table clock inspired by a marine chronometer on a gimbal; a version of the new Hermès sports watch, H08; and the Bulgari Octo Finissimo perpetual calendar mentioned above.

Watchmakers tend to let their creativity run wild with special editions on sale. The most striking example of this year is the FP Journe x Francis Ford Coppola, FFC Blue, a wristwatch that indicates the time via an automaton in the shape of a blue hand. The watch was designed in 2012 by François Paul Journe during a dinner at Francis Ford Coppola in Napa Valley. “He asked me if it would be possible to read the time with a hand on the face of a watch. I replied that the idea was interesting, but that it needed some thought, ”Journe says. “It was no small feat, but this complex challenge inspired and motivated me. Francis sent in sketches for the finger positions, and after more than two years I was able to focus on the project. After seven years of development, I am proud to present the FFC prototype.